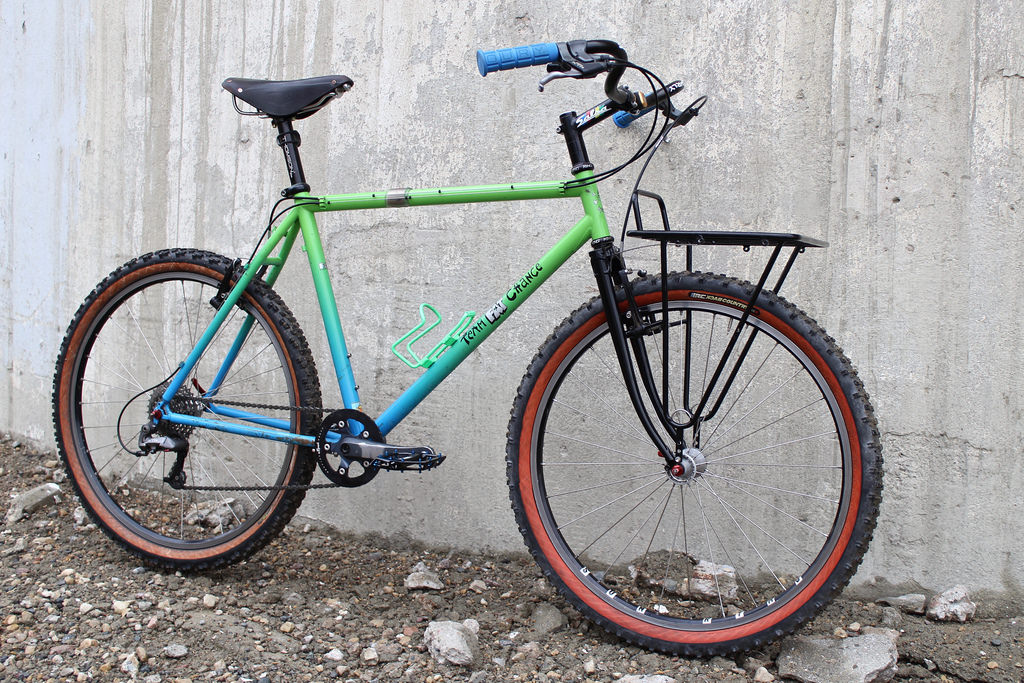 Bikes of Our Lives: The Yo Jeffy!

Bikes of Our Lives: The Yo Jeffy!

Every Winter without fail yields a few winter projects, one of those for me this past year was this lovely 1995 Fat Chance Yo Eddy!. For those who are not aware, I grew up racing mtb's and thus have a giant soft spot in my heart for '90's mountain bikes. A love that can be seen manifested in the Log Lady, and throughout other points of inspiration in our line.

This build started because of a Craigslist ad that was reposted on a vintage mountain bike group that I’m a member of. The bike was located in the Boston area and the seller only wanted $500. It had been up on the mountain bike group page for a number of hours, and folks there tend to be very aggressive when something good is up for grabs. Chum in the water and all that, so I couldn’t believe my good luck when I followed the link and contacted the seller to find out that they still had it.

I then started scheming on who in the Boston area I could tap to get this deal done for me, when I realized that I could just hit up the local All-City dealer and enlist them in the endeavor. Sometimes my job has pretty awesome perks, such as a nationwide network of rad folks who are always down to help a fellow bike lover out.

A few emails later, I paypal’d the cash and the seller dropped it off at Belmont Wheelworks. Kevin from Belmont hit me up immediately to let me know that the bike was in great condition and even offered to take it off my hands for $600. I of course said “no way” and had it boxed and shipped over at my cost. (Thanks Kevin!)

Here is what the bike looked like upon delivery, minus the front rack. 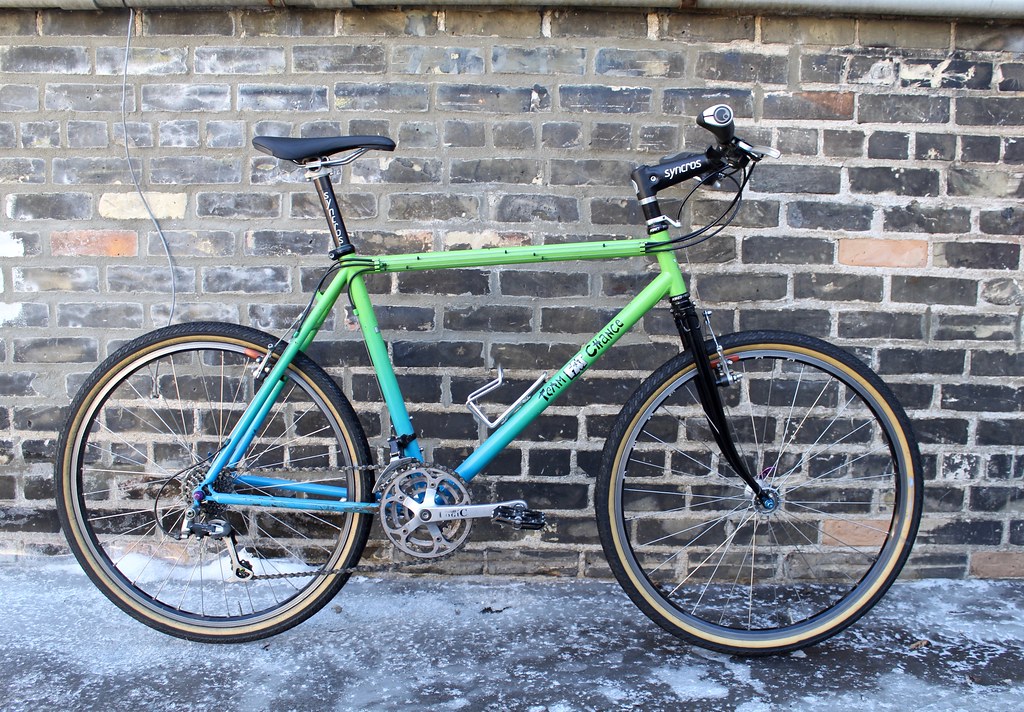 The way I broke down it’s value on the secondary market is as such:

So you can see why I felt pretty solid on the purchase, even unseen in person I was quite sure that I wouldn’t lose money as long as there were no undisclosed defects in the frame, i.e. dents, seized components, etc..

I was pretty thin on bike money at the time so I made a promise to myself to sell off everything I removed from the bike and to only build it from existing parts that I had in my collection. I also rationalized that if I fell in love with it that I’d sell the Croll as I already have way more vintage mtb’s than one person needs*.

*A side note on vintage mtb collecting: While I grew up lusting after 90’s mtb’s, hence the fascination, and appreciate their aesthetics and place in history, I’ve sort of come to the conclusion that their place in my life is as townies and camping bikes. Mountain bike tech and geometry has made such enormous leaps and bounds since this time period that you really sacrifice a ton of performance and fun to ride a vintage bike. This is in opposition to say, a classic road bike, where you can pick up a 70’s, 80’s, or 90’s era ride and it still pretty much rips for its intended purpose, especially if you put a modern build on it. Road bikes just haven’t changed that much over the years compared with off-road tech. One man’s opinion, anyway.

And here’s the result of the parts bin build… 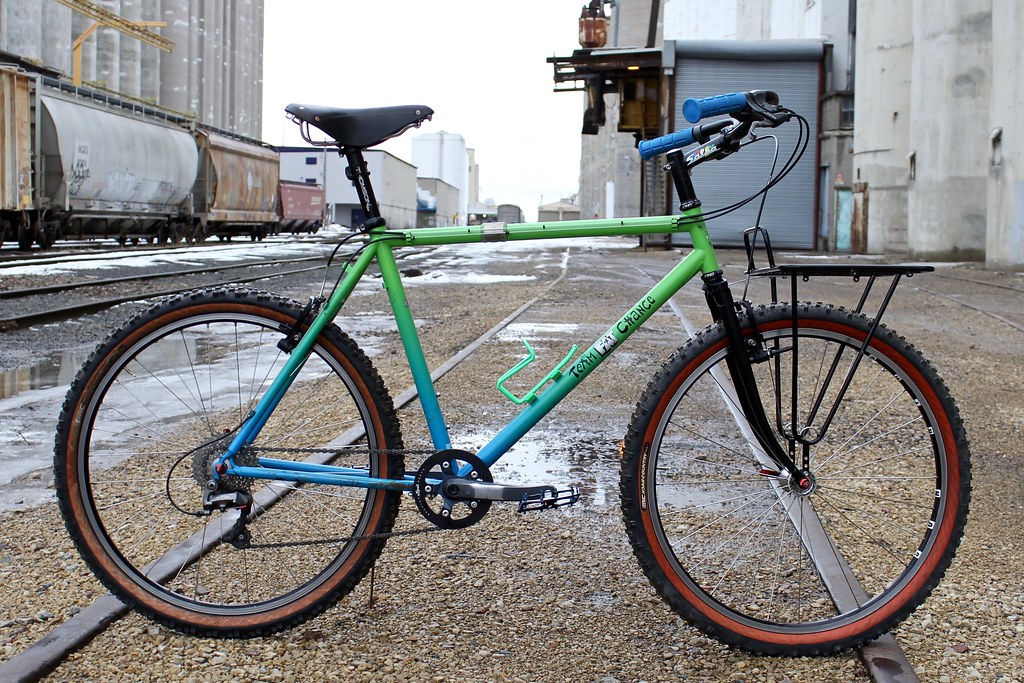 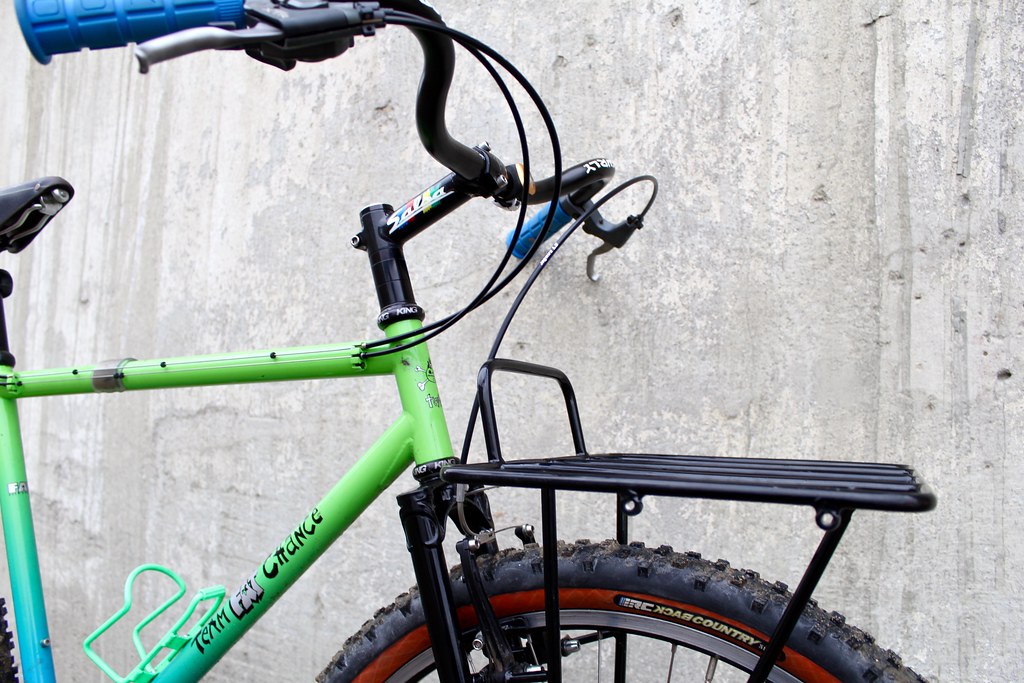 The Velo Orange rack is interesting because I’ve never seen one in black. My guess is the previous owner actually plastic-dipped a chrome version. In later photos you can see that they didn’t coat the area where you would attach a bungee, the chrome is still peeking out. 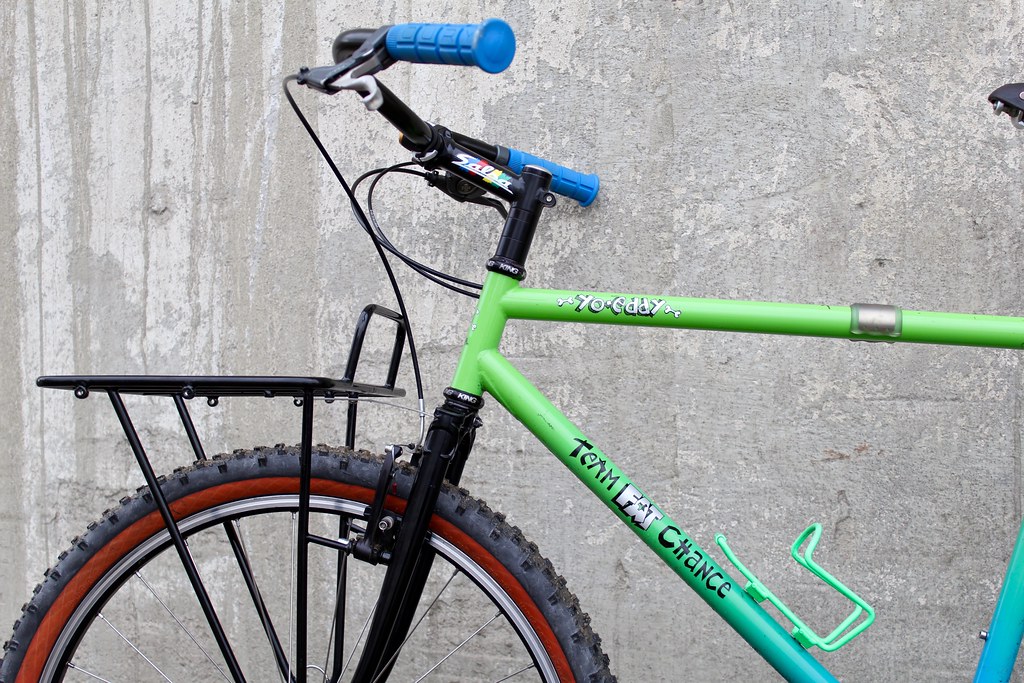 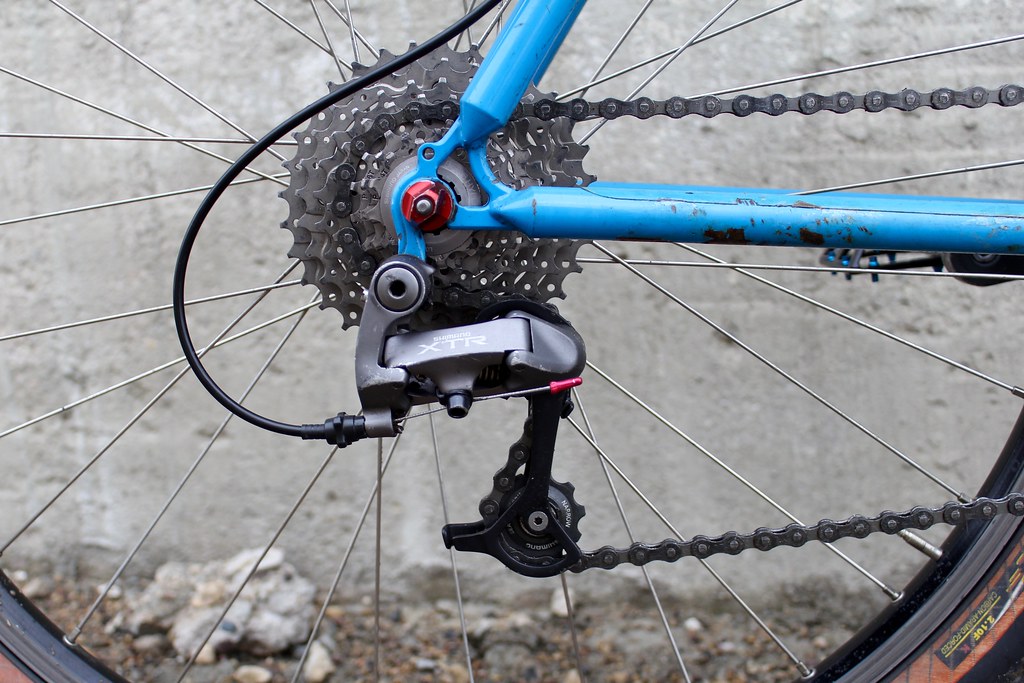 You gotta match your skewers to your cable crimp! 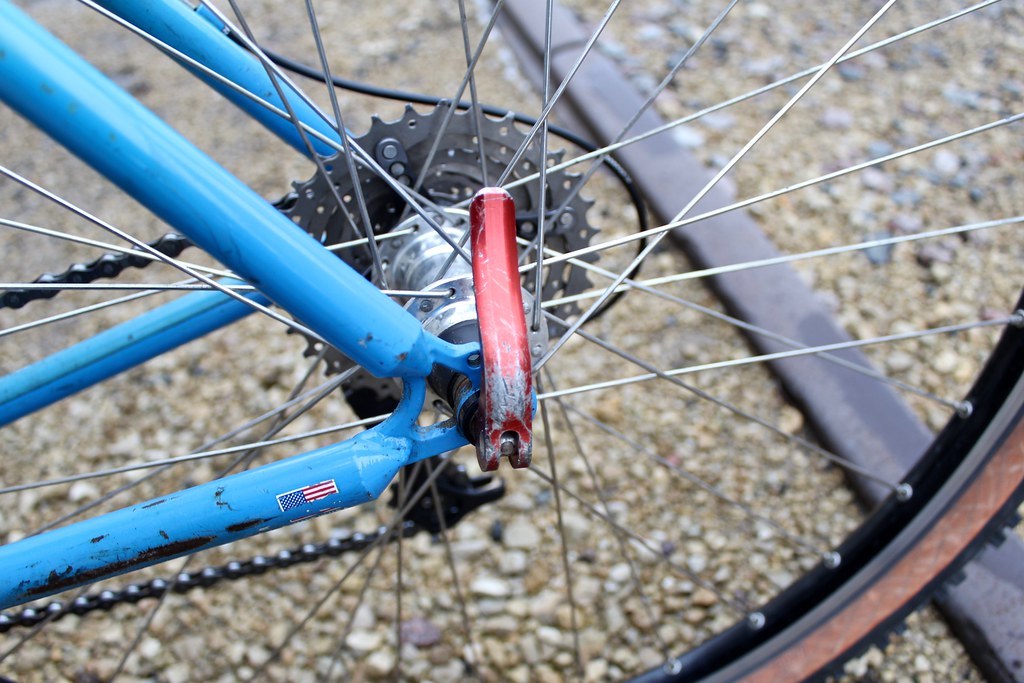 Vintage Salsa skewers from the Petaluma days. The tell is the three distinct surfaces on the lever blade as opposed to them being one smooth surface. 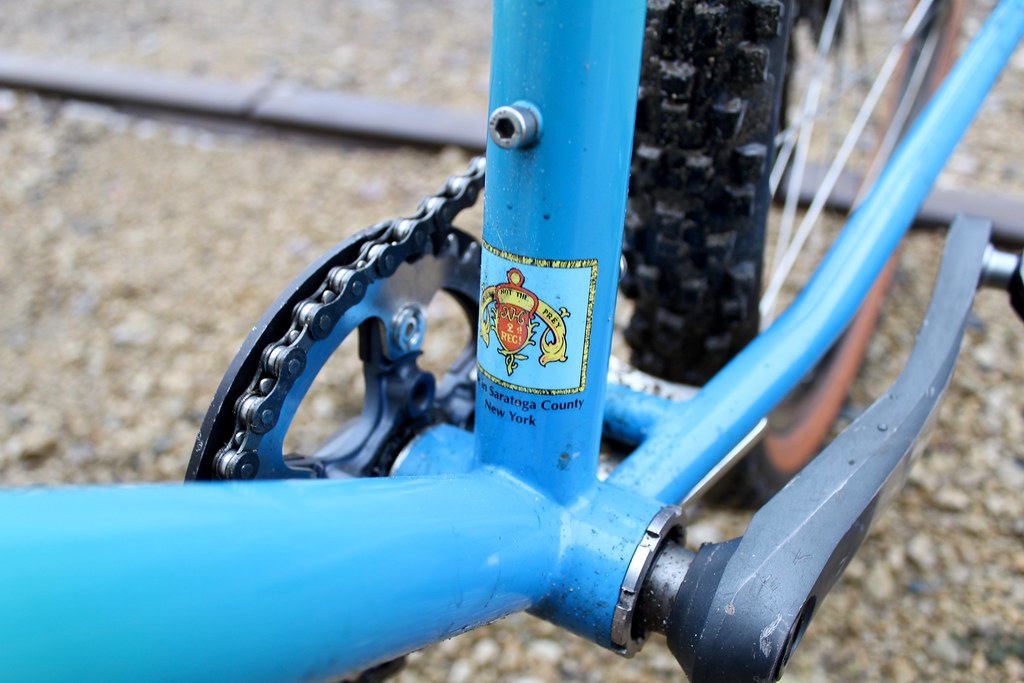 Built in Saratoga NY after the merger with Serotta, not as desirable among die-hard Fat Chance folks, but I much prefer the English bottom bracket shell of these bikes to the proprietary press in bearings of the older Fats. 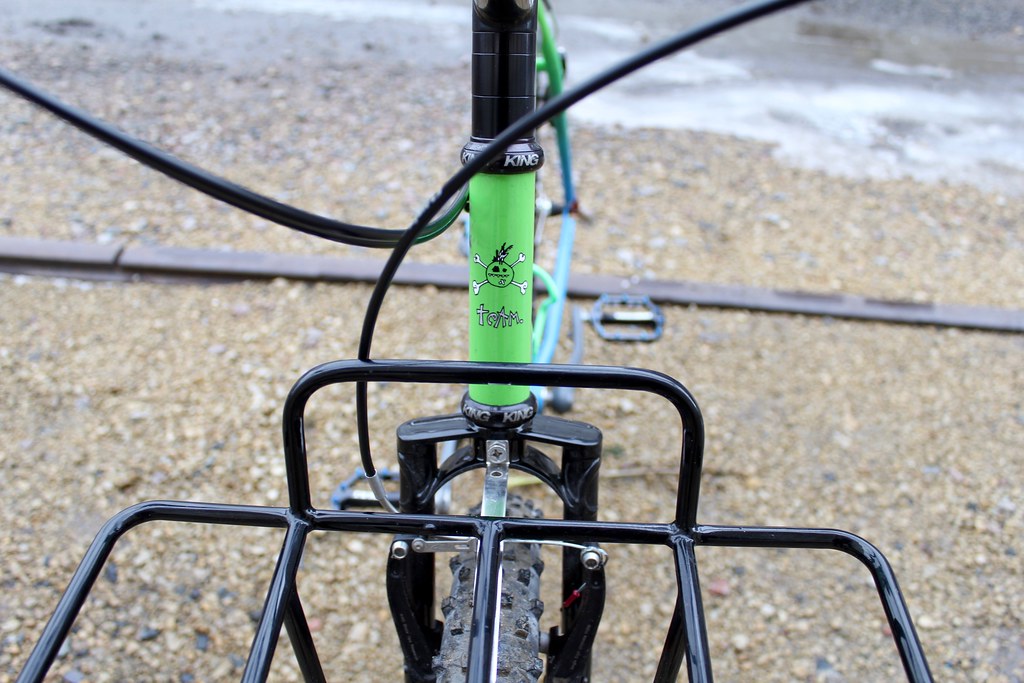 I have always dreamed of owning a fork with this lovely Pacenti crown. Stoked. 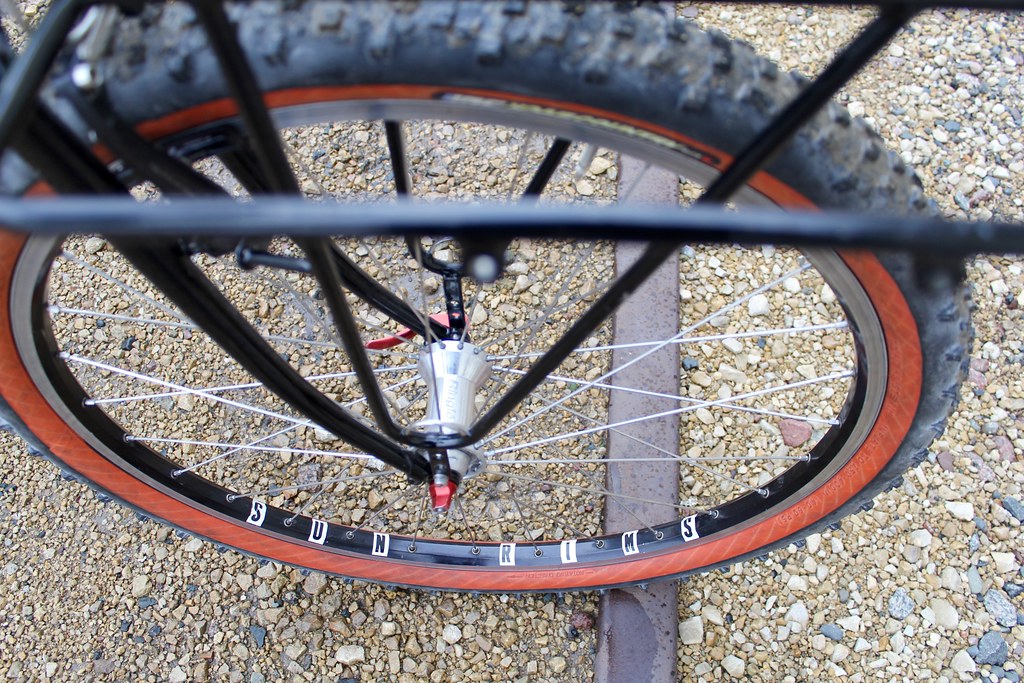 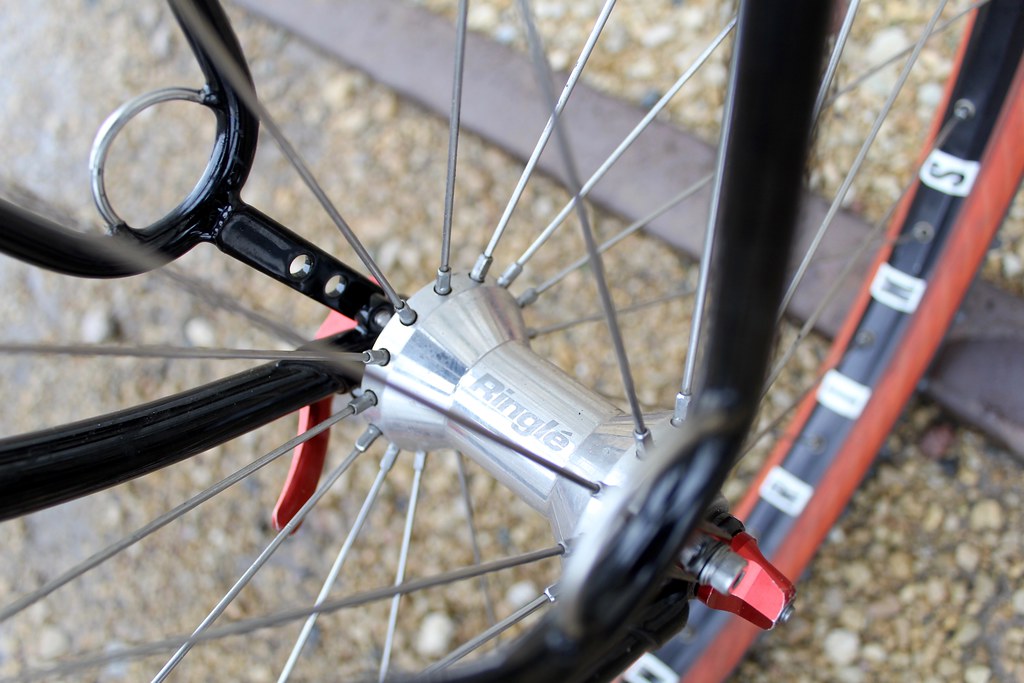 I believe Ringle Ti Stix hubs were a one or two year production run only, fairly rare. Just wish I had the matching rear. 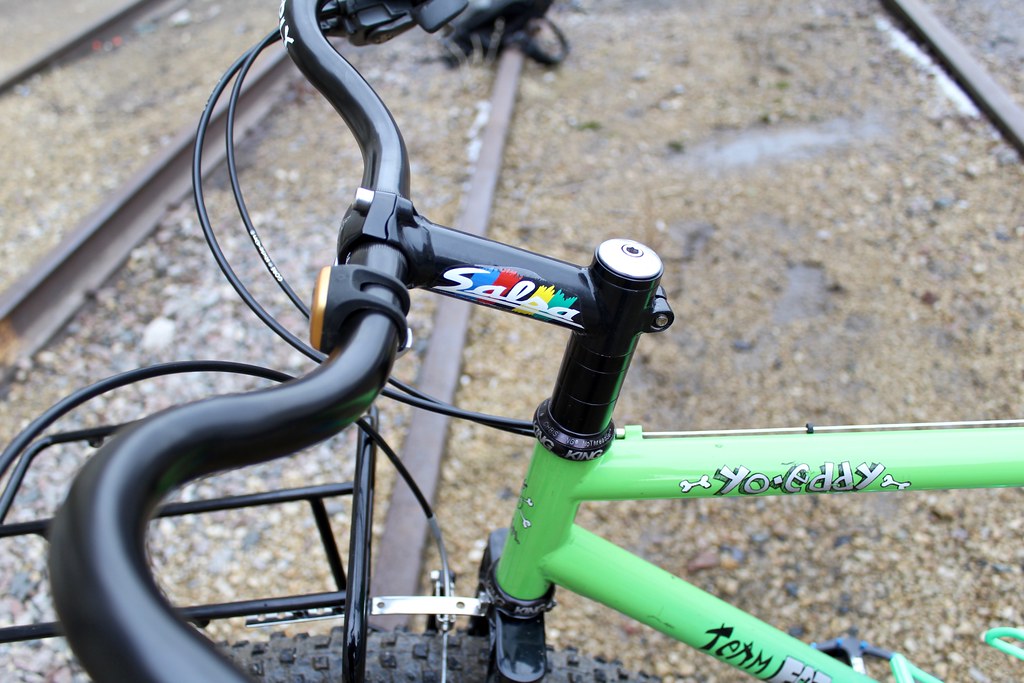 One of the happy accidents of this build is that the 1″ threadless spacers perfectly match the outside diameter of the 1 1/8′ Salsa stem that I have shimmed to fit on the 1″ steerer. It’s the little things! 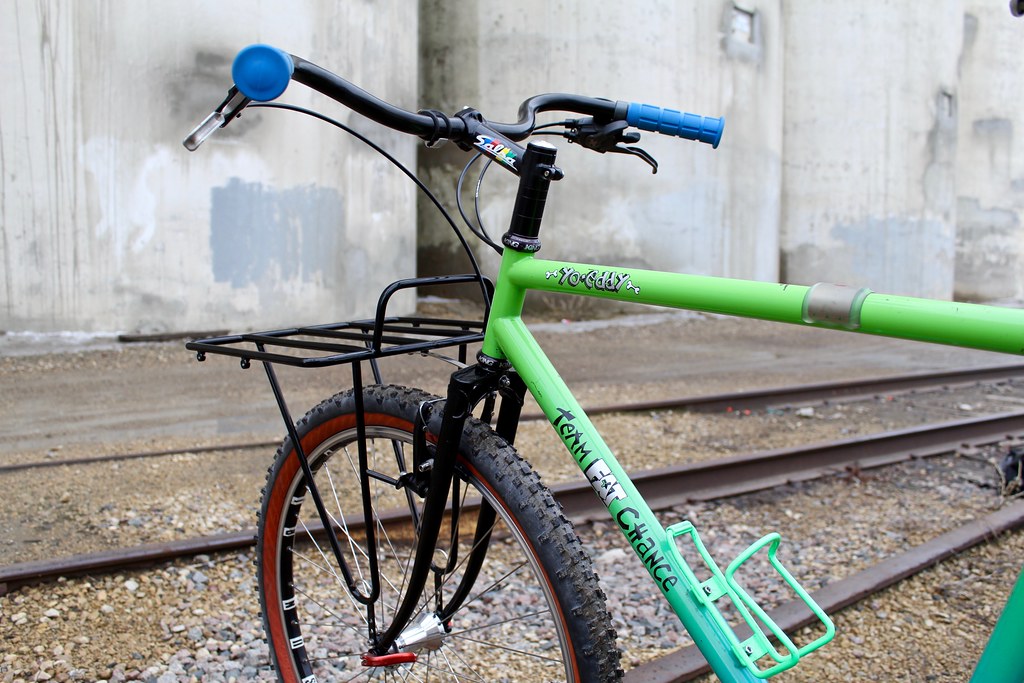 I also thought it was pretty boss to 86 the left shifter and have the matching solo brake lever to replace it. Parts bin for the win. 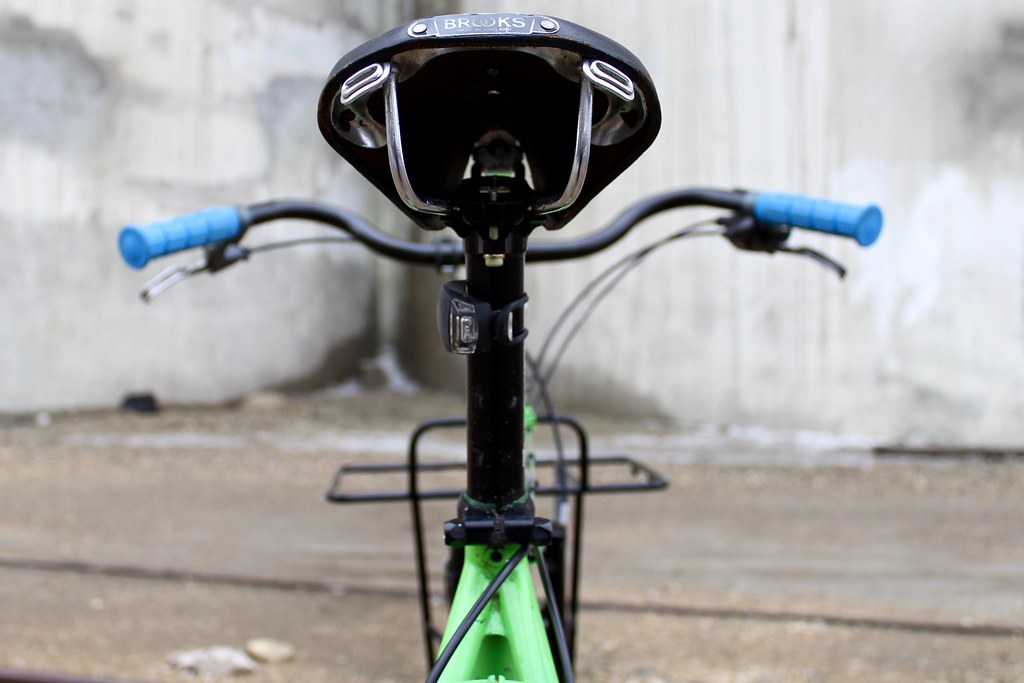 In all honesty, I quickly remembered that Brooks Saddles just don’t fit my sit bones and have already replaced it with a WTB Pure V. The blue grips have also gone away in favor of green ones that match a bit better.

And yes, I have fallen in love with this thing. Unlike my other Yo Eddy this one is in perfect condition to ride around town and lock up. It’s not too nice to ride daily without worry, and it’s cool enough to turn a few heads. This one’s a keeper!

Hi I happened upon your bike and I love it. I recently bought a 90’s Bianchi frame and want to do some adjustments to it, similar to yours. I was hoping you could tell me all about your crankset, cassette, derailleur, shifters and all that. I am new to rebuilding bikes. Thanks for your help.

what are you looking to know? 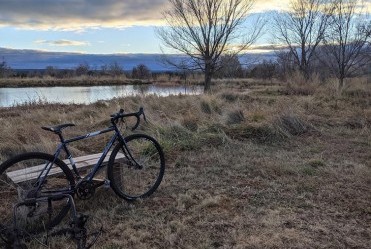 I took my bike, the beautiful blue Space Horse, across the whole country, twice. I didn’t ride it once.
Read More 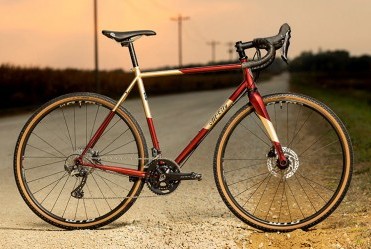 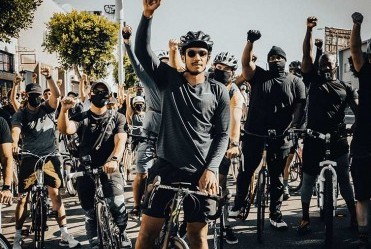 2020 is done and gone, and we’re straight-up stoked to see where this new year takes us. Leading the charge to make the greater cycling community more welcoming and accessible for everyone are our 2021 All-City Sponsored Riders, made of up longtime friends and a couple fresh faces we can't wait for you to meet.
Read More