Built for hardcore trail riding and flying off all the dirt jumps you’ve dreamed about, the Electric Queen cranks the Fun dial to MAXIMUM. 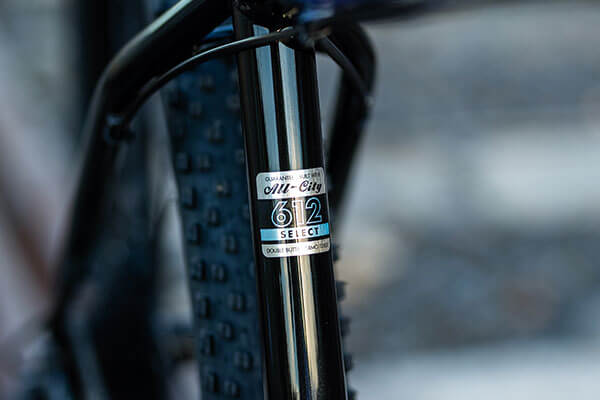 We’ve carefully chosen every piece of tubing on every frame size to provide the best ride possible. Learn more about 612 Select Tubing 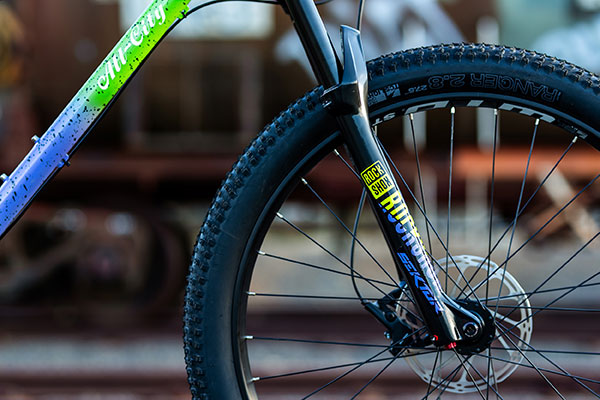 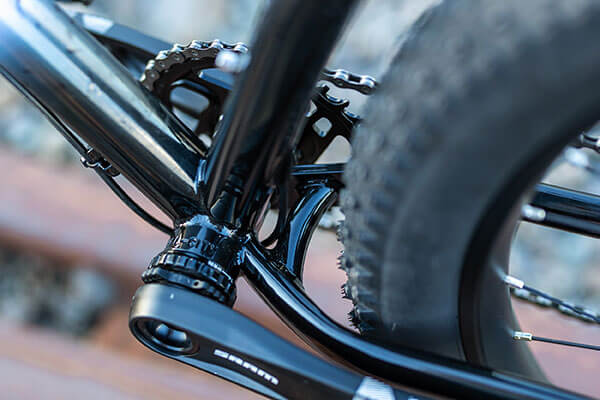 The Queen comes with 12x148mm Boost Spacing for stiffness and precise handling, plus stealth dropper routing for getting rad on steep descents.

Our mission is to bring beauty back to production bicycles. This means investing in custom touches that elevate the whole. We devote time and resources to signature details that turn heads and signify high-quality craftsmanship. These elements tell a cohesive visual story and form a distinct silhouette so that even if your unique bike were stripped down to bare metal, it would still be instantly identifiable as an All-City bicycle. Learn more 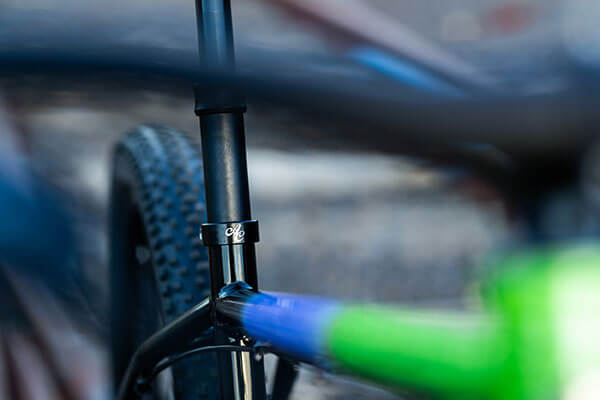 Our elegant AC Shot Collar gets the job done with a little flair. 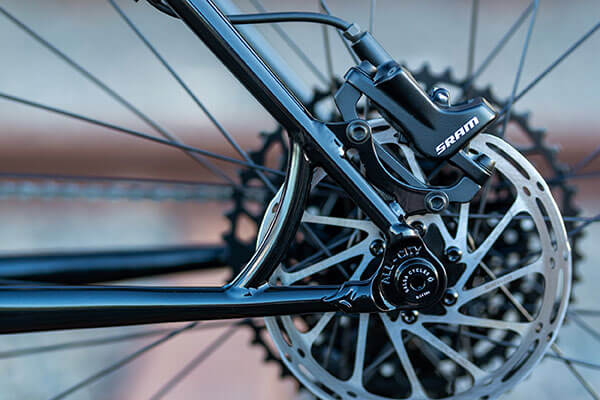 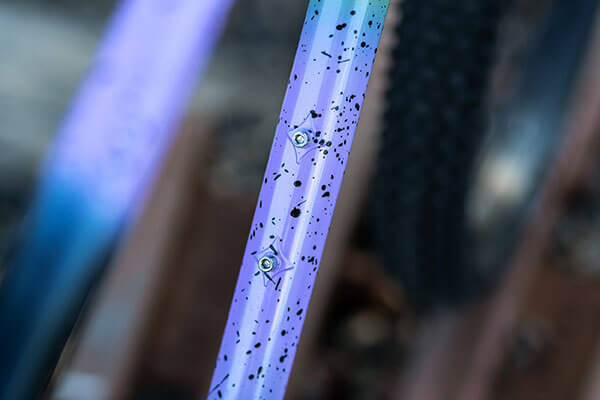 Beautiful stars reinforce a pair of bottle bosses and our obsessive attention to detail. 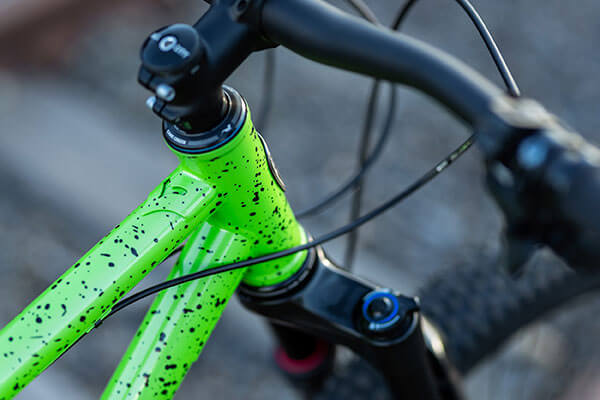 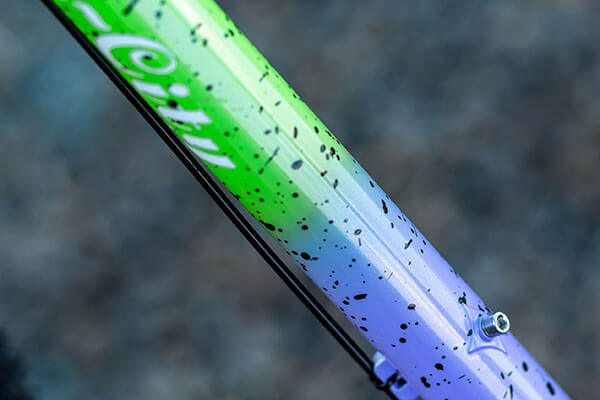 Our topnotch wet paint finish sparkles with depth and luster, while an E.D. coating protects against rust. Learn more about our paint 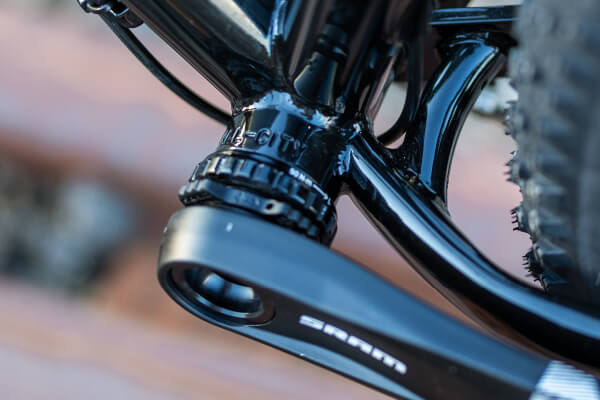 Upside-down and inside-out, AC’s signature style is stamped into the steel.

“Feeling the terrain, picking faster lines, seeking airtime — this bike reminds me why I fell in love with mountain biking in the first place.”

“I’ve shredded the trails above Los Angeles, the mountains outside of Park City, Utah, and the Cascades outside of Seattle, Washington. The bike is an absolute ripper!”

“The Queen is the raddest midwestern trail slayer around. You CAN’T beat that crazy splatterpaint, and P.S. this bike is built to wheelie.” 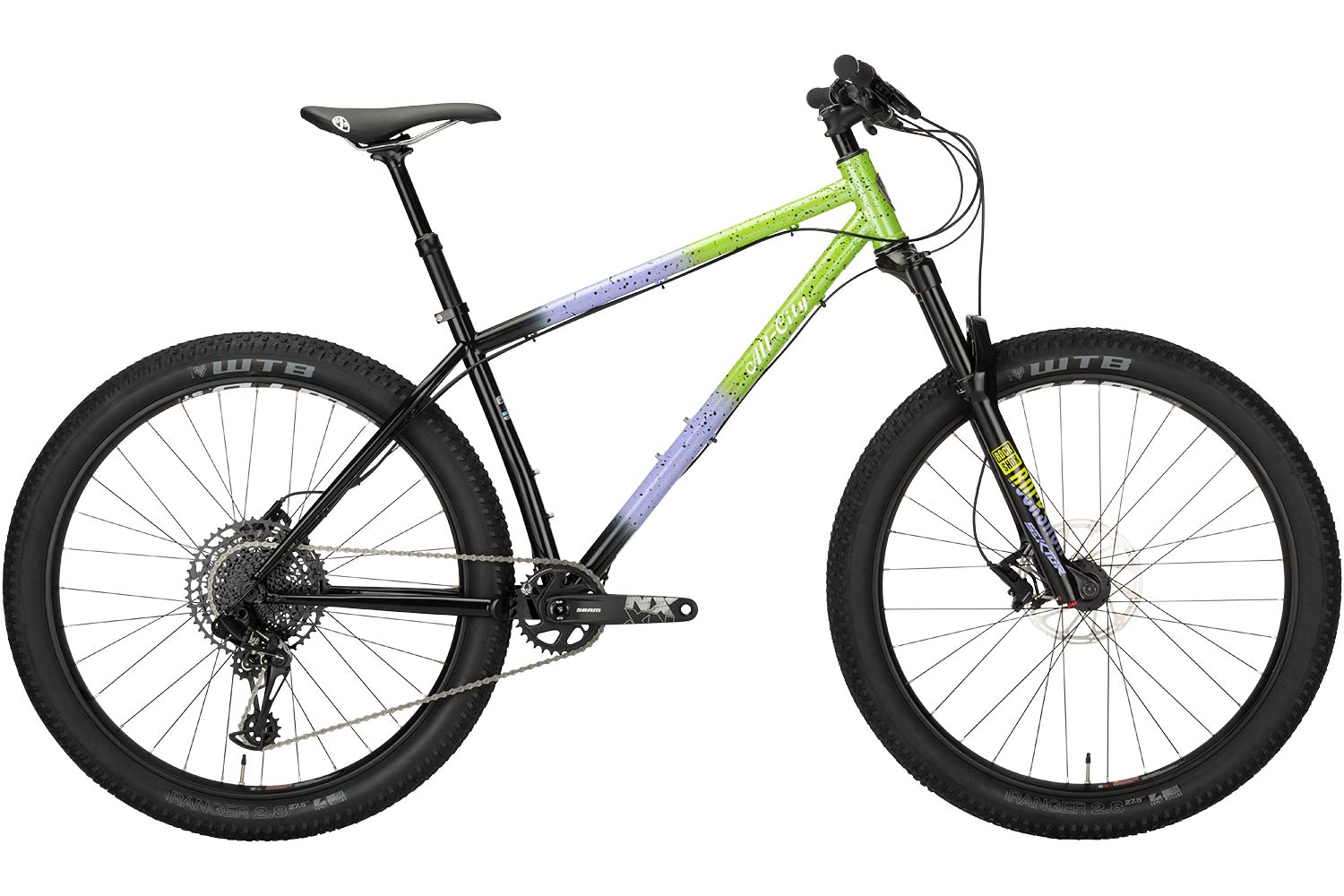 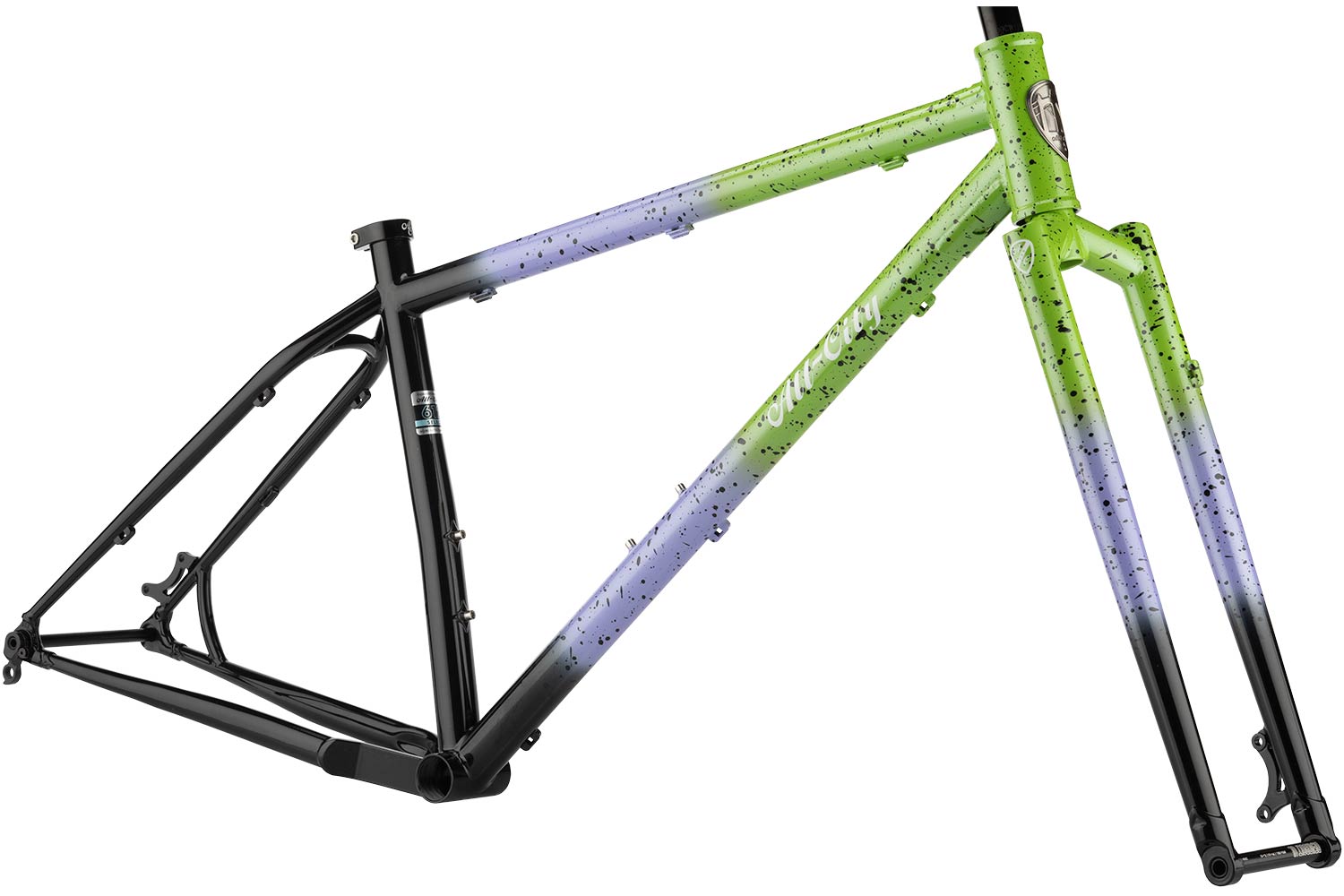 
We cannot confirm inventory in your vicinity. Please reach out to one of the listed retailers in your area for more information on this model or consider expanding your search area.

Because we want to make it easier to support your local All-City retailer during this unusual time, participating dealers can now ship All-City bikes and frames directly to your door. Find your local All-City dealer using our Dealer Locator. After that, all you've gotta do is head over to their website or call 'em up on the phone to place your order, and your bike or frame will be delivered to you.