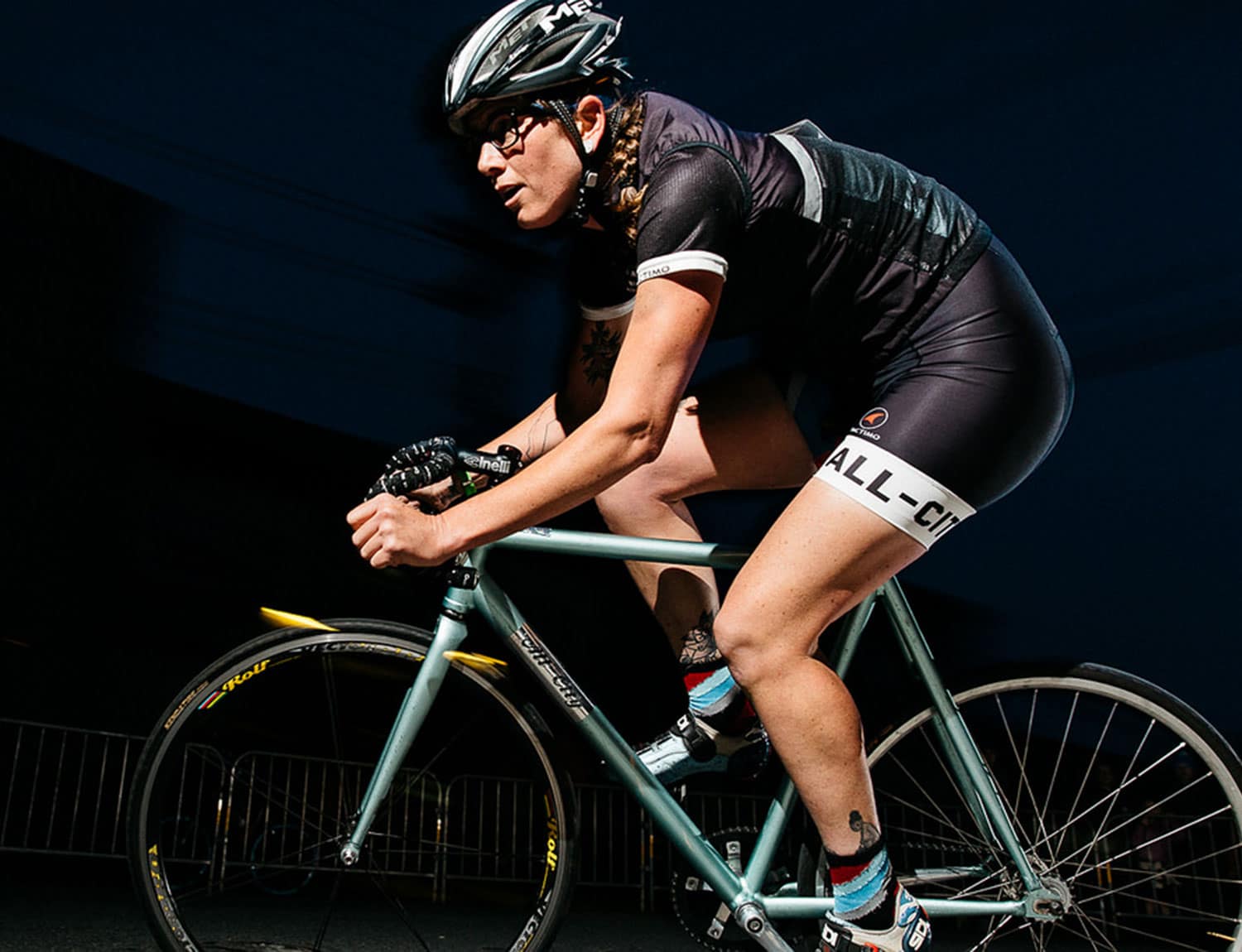 Bio:
I started cycling as a matter of practicality in college at Santa Cruz, yet it has slowly has become the biggest part of my life. When I moved to Chicago after college in 2008, I picked up courier work and have been working on my bike in some capacity ever since. My interest in bike racing was quickly piqued with a rad messenger-based team, the Chicago Cuttin' Crew. I competed in crits, raced track almost weekly, and was introduced to cyclocross, all the while racing alleycats, NACCCs and CMWCs (taking me as far and Tokyo, Guatemala) with the support of All-City. I moved back to San Francisco after 4 years in Chicago and was hired by Godspeed Courier.

Back in the Bay, I've been messengering, racing cyclocross, and searching out the best trails and mountains the area has to offer (& fruitlessly working towards bunny hop skills...).

Bike Setup: Mr. Pink for work with a rotating cast of SRAM parts depending on what I haven't managed to break yet, teal (!) Thunderdome for the track, single speed Big Block, and Space Horse for adventuring
Soundtrack: Jawbreaker
Favorite Street in the World: Anything in the Santa Cruz mountains, especially Bonny Doon Rd.

Shout outs: Godspeed Courier, my bad-ass All-City teammates, Jeff, Dakota, Cuttin' Crew, the Chicago winters & the SF hills, the best possible CMWC 2012 organizing crew, and everyone else who has put a smile on my face and helped me to continue working hard and playing harder.