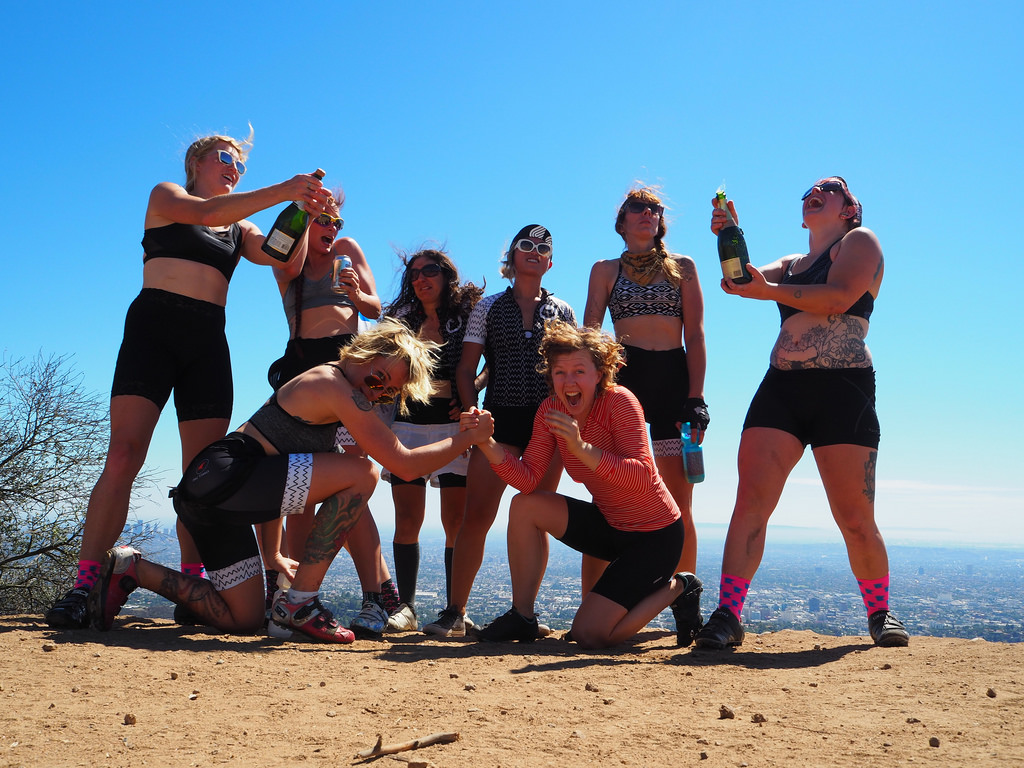 Post-Interbike Team Koochella, Minneapolis' own band of intrepid Women-Trans-Femme racers, pointed their rental truck towards the bright lights and big city of Los Angeles and a rendezvous with their Los Angeles counterparts the, She Wolf Attack Team.

Here is a visual representation of what went down. Photos by Anna Schwinn 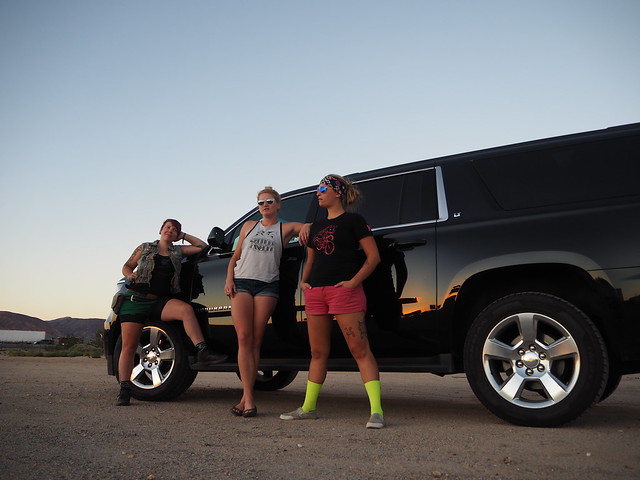 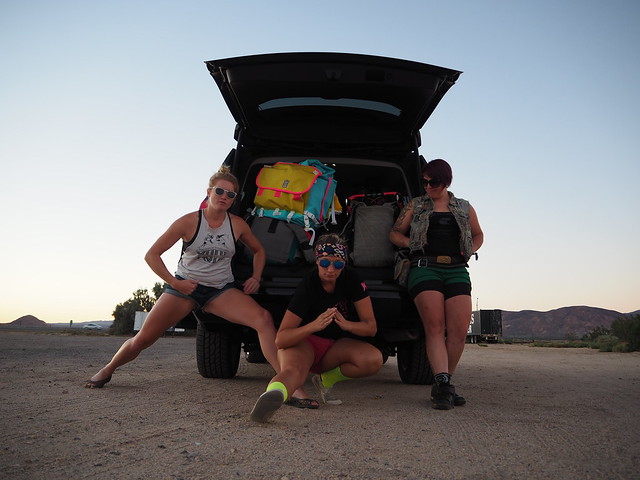 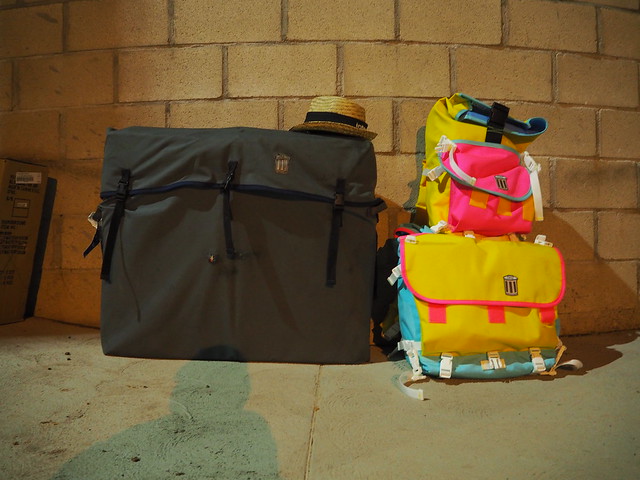 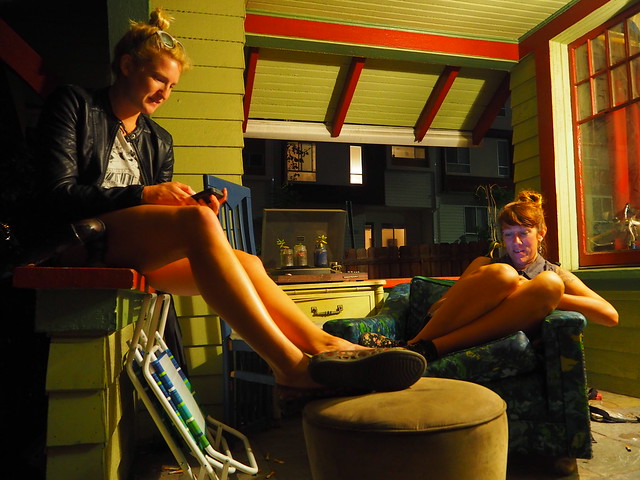 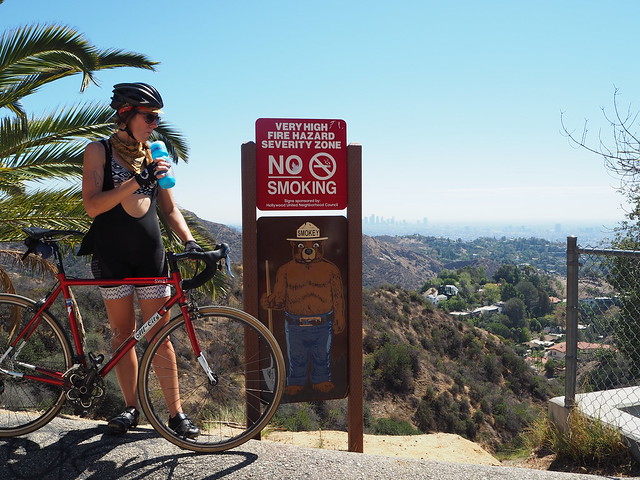 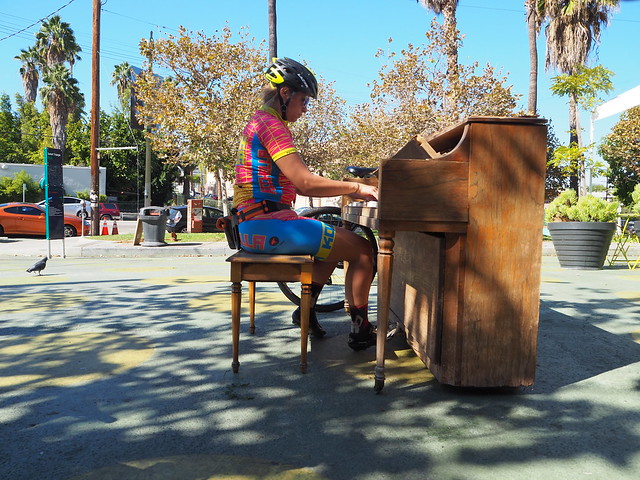 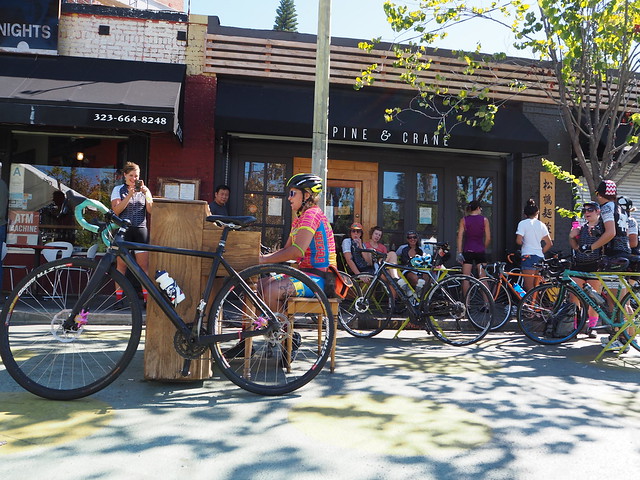 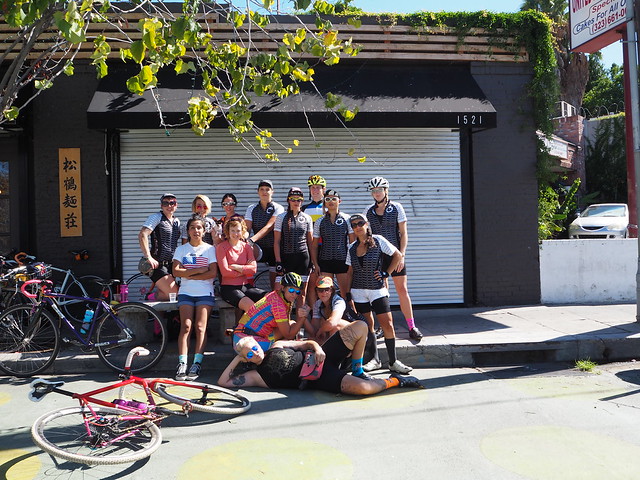 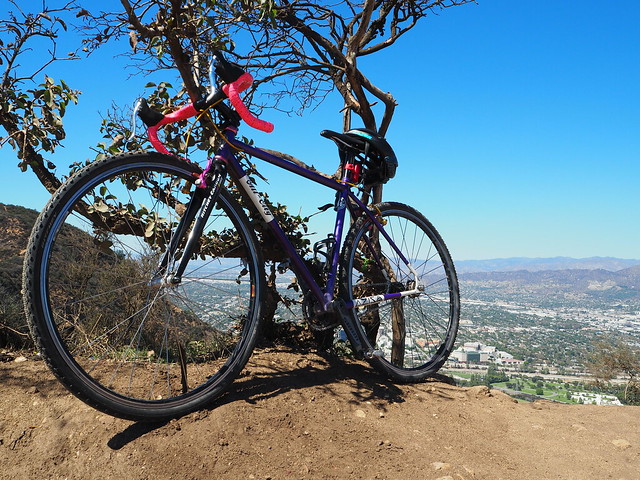 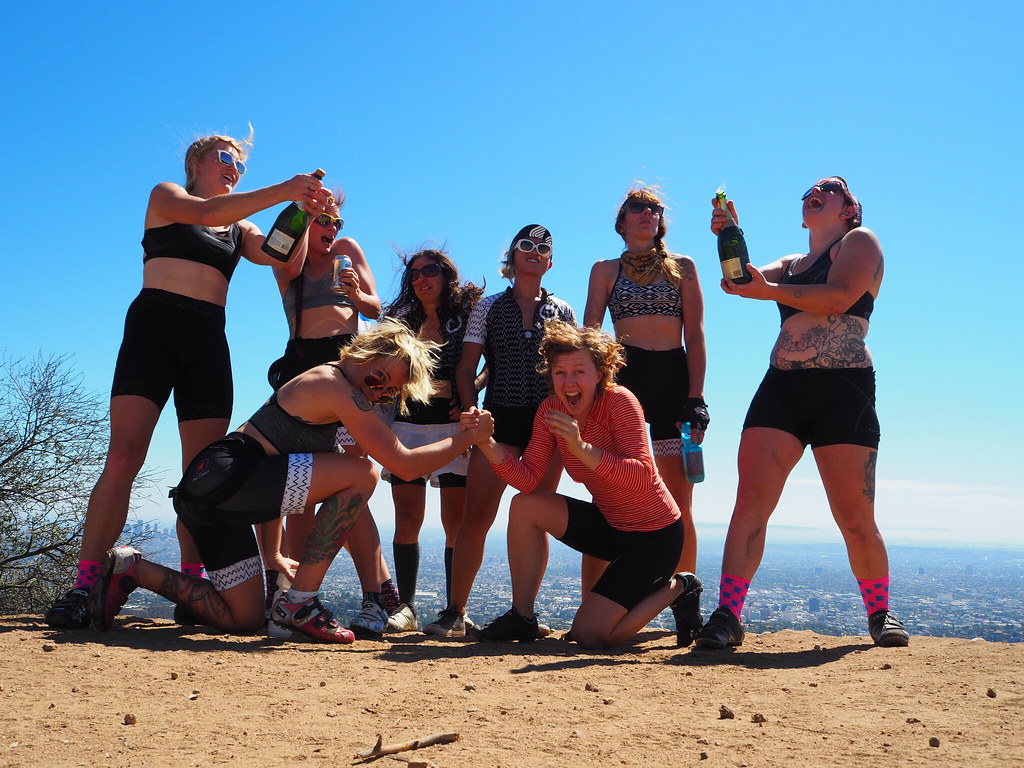 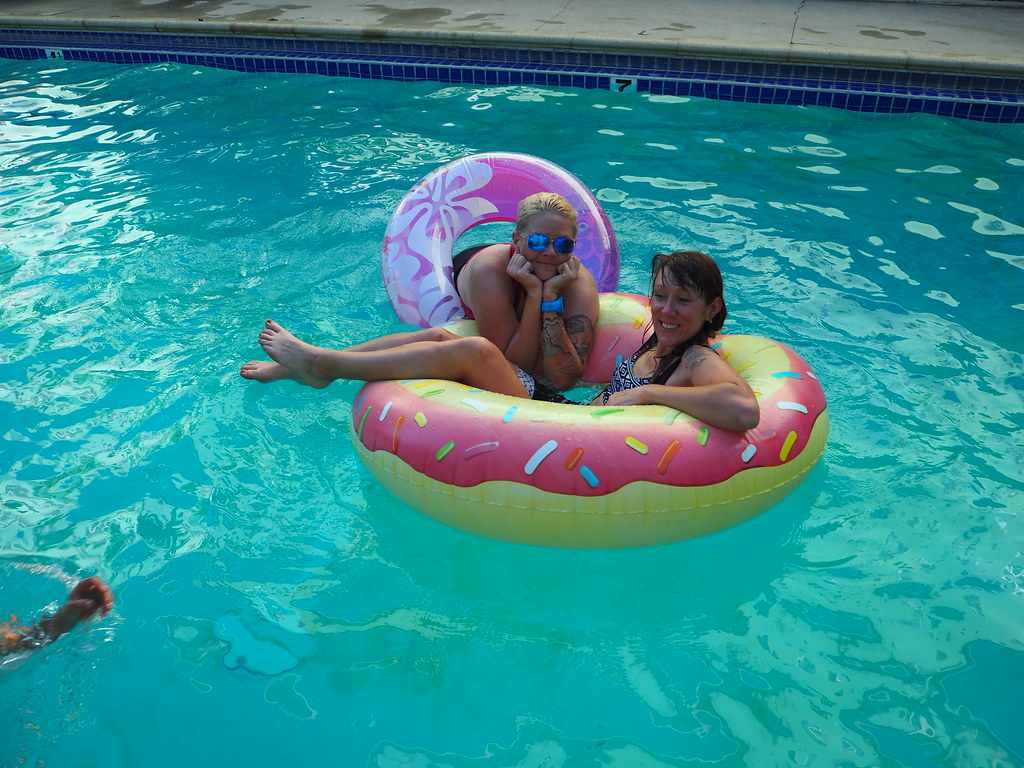 Oh, and by the way, check out this peak at the hotness of the Koochella Nature Boy 853 Team Bikes with custom Paul disc brakes. 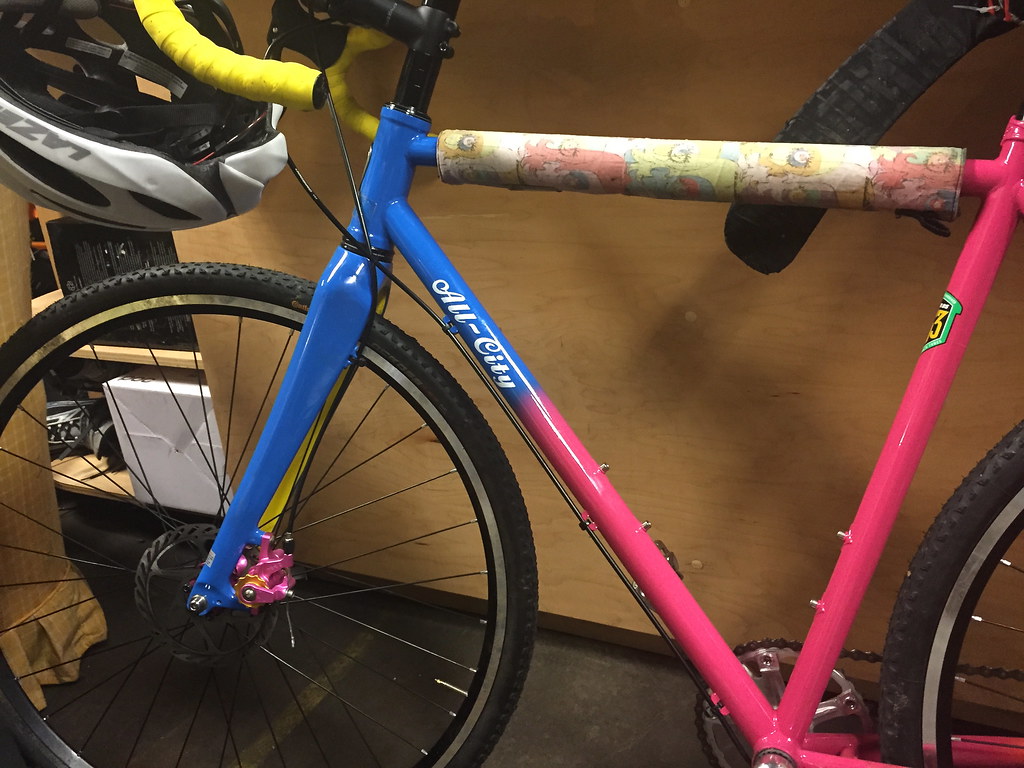 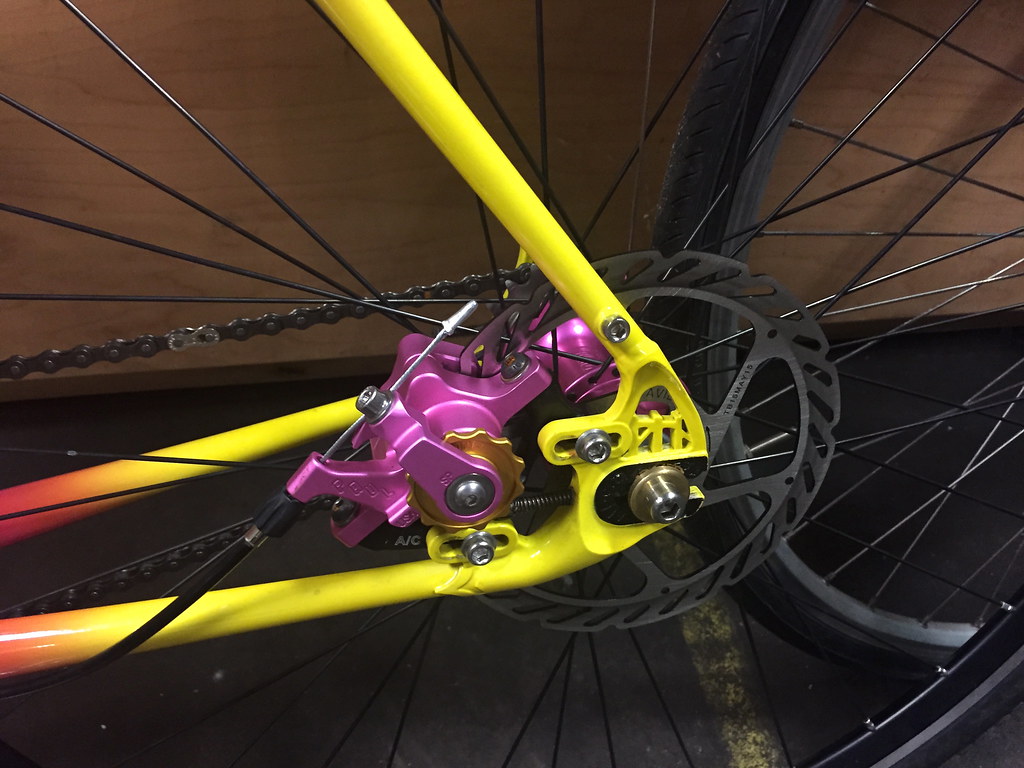 2nd pic—lady in the fluo green socks is bold with her drop stance, but needs to get her back heel to the ground to really nail that look.