Frostbike Week is here- just in time for me to have recovered from Stupor Bowl.

Which reminds me:  I haven’t posted any pictures from Stupor Bowl Weekend.

Here have a bunch without any kind of context. The actual race was a bust… I rolled up without my wallet… which had all of the cash in it for the race.  Also, Supertough Margeaux was hurting enough from the ribs she broke the previous weekend that she was admitting to being in pain when we rolled up to the start.

The after party was superfun.  And the joint was classy... just look at that tile. 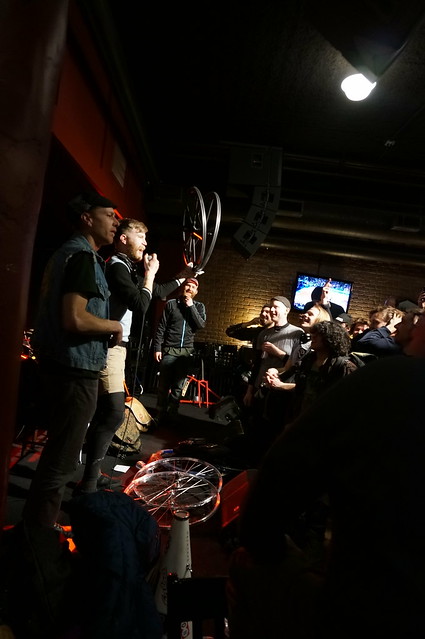 Sunday was all about drinks and breakfast at my house…

… and then Puppy Bowl at The Hex… … and then karaoke… where everything proceeded to get blurry/ridiculous.  Of course.