(Continued from the Prologue)

Who has two thumbs and dreams about dropout design out of a crippling fear of public failure?

It was driving me nuts that we didn’t have a better solution than forcing the user to randomly place the post mount adapter in the slots.

I was trying solutions like placing indexing lines on the adapter so you could kind of see where the adapter was supposed to sit with respect to the rotor… but rotors have all sorts of weirdo outer profiles and we weren’t planning on post machining the adapter because we were trying to keep costs down because we weren’t intending to have to produce our own adapter at the outset of the project so the indexing line would have to be in the graphic treatment which meant the graphics would have to placed precisely and even if everything were executed perfectly (which it never could be in production) it felt like a poor solution because placement would be interpreted by the person setting up the bike and would still be subjective.

^There’s a nice run-on sentence for you.

And then I was battling this screw in the middle of everything… and tool clearance with respect to the tensioning bolt.  It was driving me nuts that I couldn’t figure this out.

So one night I sprang awake.  Why didn’t we use the tensioning bolt to index the adapter with respect to the rear axle?  It would mean having a more sophisticated post mount adapter… but man, this was a good reason to make it more sophisticated.

So I came into work and sketched out these informative diagrams for the team: 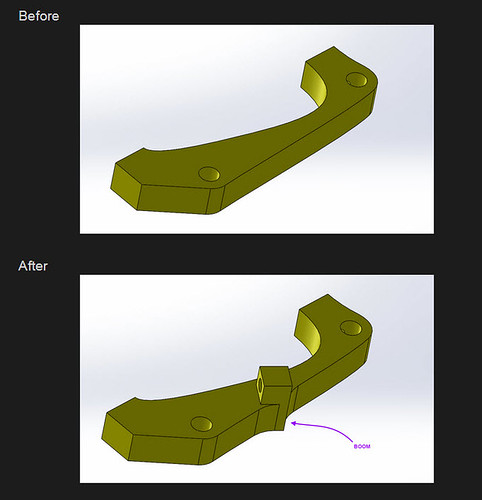 (As you’ll see in the second diagram, I removed the tensioning deadspace I discussed in the “Prologue” from the front of the dropout for tensioning.  I did this figuring that someone working with this mechanism would want clear evidence that brake indexing was functional throughout the range of rear wheel adjustment… otherwise it wouldn’t appear to work well.  That’s the last thing you want people to think when you’re introducing a new system like this.  Everything about it should seem clever and well-thought out.)

So we had a meeting.  I sketched for them how the spring would work in the assembly.  I was all: let’s spend more money on a part we didn’t think we would need to spend money on in the first place because I think this is neat.

As seen below from the notebook page I was sketching on, Jeff was all “The only thing I care about is having the raddest shit possible, basically.” 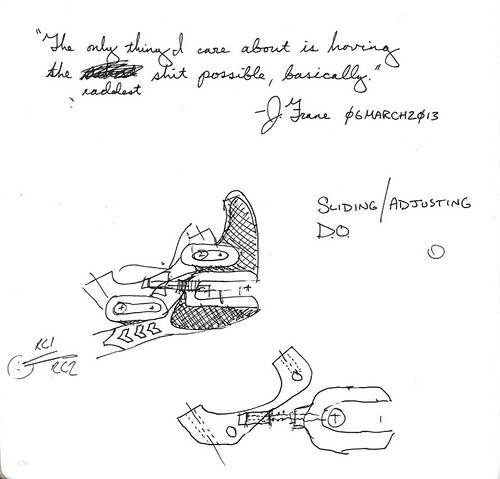 So while this was all going on, I was trying out concepts on what the overall dropout should look like.  This was the very first direction (illustrated with some emotional Instagram filters). 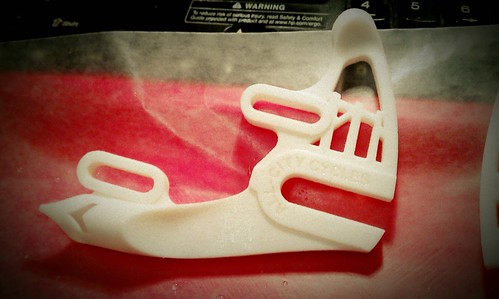 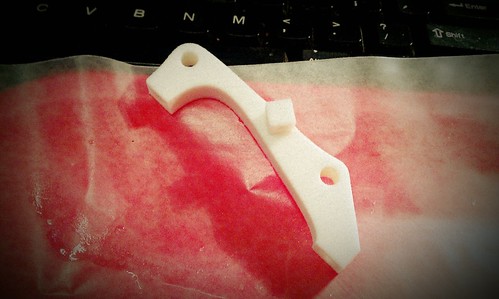 As you can see in this diagram, thematically, it made sense… but it kind of felt like we put everything we had done so far in a blender.  Lots of refinement would need to take place... on everything.  (see the next installment). 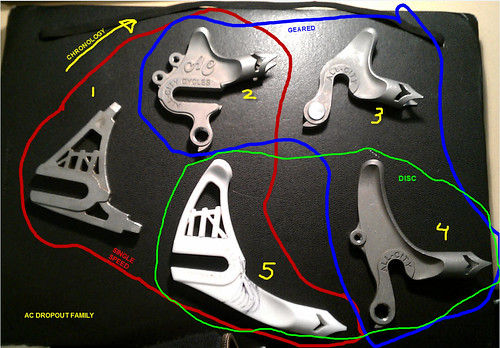 This is the system first assembled for evaluation. 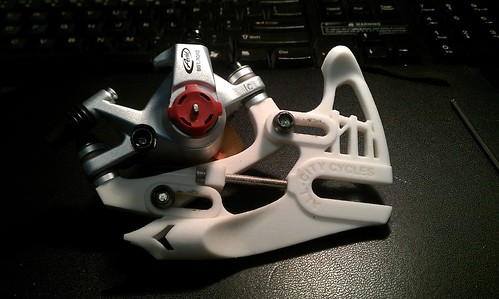 The really cool thing about great design is that it all seems so goddamn obvious in retrospect.

It’s really cool that you’re sharing this process with us, thanks!

I agree with Michael,  in that your design looks, with one glance,  simple,  functional,  efficient and effective.  But obviously it took a whole lot of work to arrive at that point.  Rad.

Is the adjusting screw the only thing keeping the whole assembly from shifting back and forth?