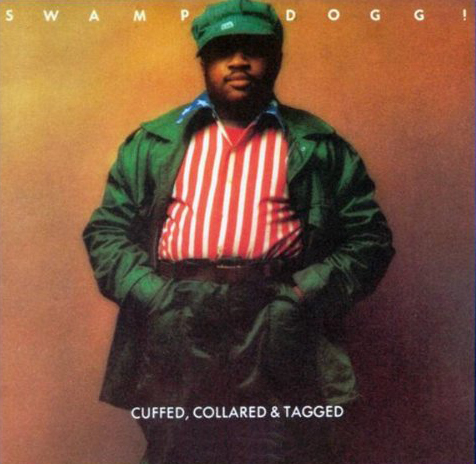 Music Appreciation was a semi-regular post that I used to put out on Wednesdays, and I want to bring it back. It gets tiring speaking of nothing but bikes all the time, when there are so many more facets of the good-life to bring to the forefront. Chief among those are sweet jamz. So here we go with something you should know about.

As I am an avid record collector the plan is to bring you some favorites that I consider crucial and somewhat obscure. I say somewhat obscure in that I'm guessing most folks have never been exposed to it, but I'm not claiming that it's some lost holy grail in the record nerd realm. These are just the jams that I wouldn't be without.

Swamp Dogg according to Wikipedia
Jerry Williams, Jr. (born July 12, 1942), often credited under his pseudonym Swamp Dogg, is an American soul and R&B singer, musician, songwriter and record producer. After recording as Little Jerry and Little Jerry Williams in the 1950s and 1960s, he reinvented himself as Swamp Dogg, releasing a series of satirical and profane recordings, as well as continuing to write and produce for other musicians. He is described at Allmusic as "one of the great cult figures of 20th century American music."

My pick with Swamp Dogg is the album Cuffed, Collared, and Tagged, which has recently been re-released (along with most of his earlier output) and is widely available.

be back at  you soon with some more jamz.