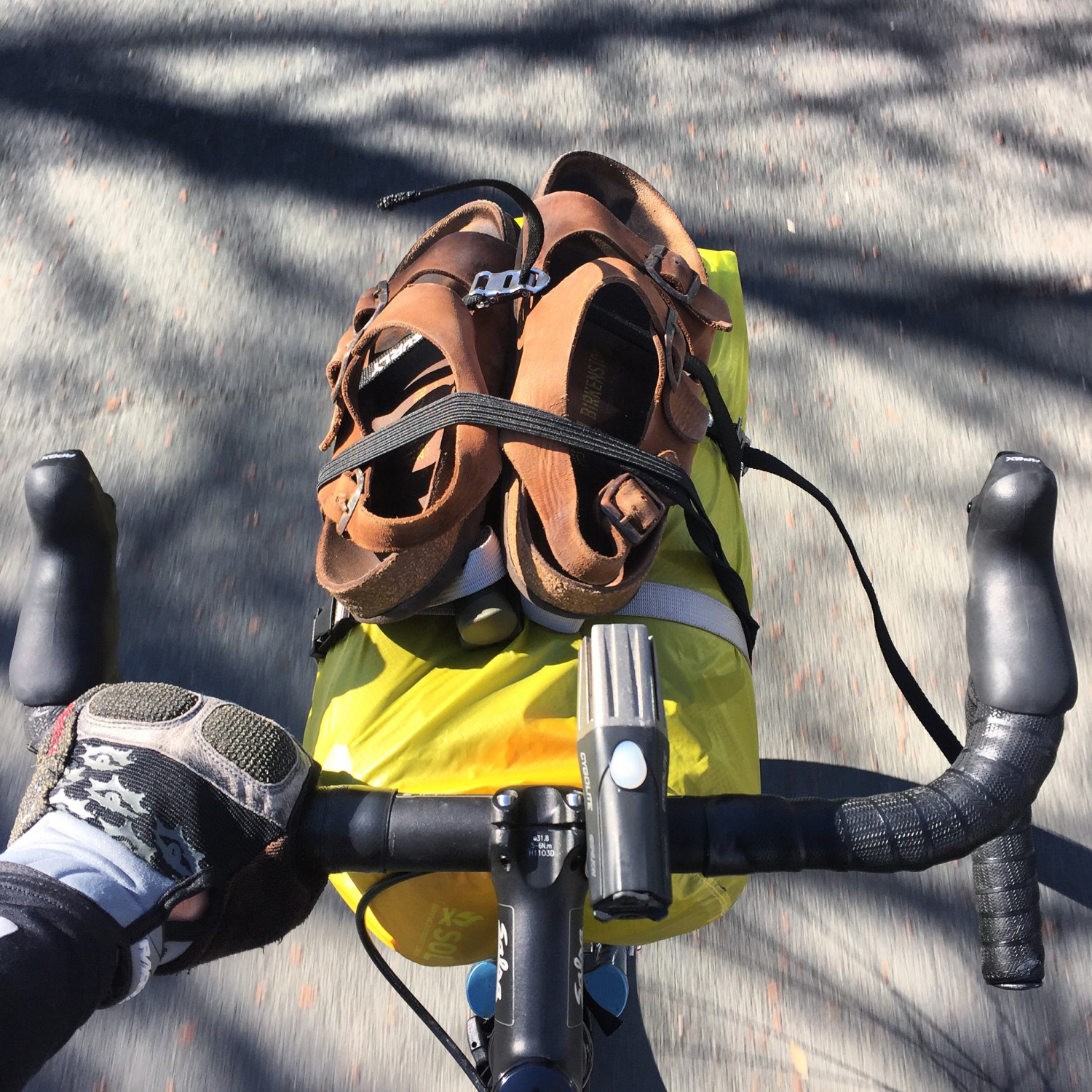 Loading up the Space Horse! (Going back to Cali)

Loading up the Space Horse! (Going back to Cali)

Yesterday I mailed off my beloved Space Horse to Golden Saddle Cyclery in Los Angeles as I'm heading that way next Tuesday for a personal vacation and some high mileage days in the saddle on a four day mini tour. Here are a few reasons I'm stoked:

1. Kyle from GSC has become one of my dearest friends in the world. A person I lean on not only for support and advice, but his impeccable taste has helped guide not only my personal projects, but All-City's as well. Beyond that of course is the fact that his attitude is inspirational. He truly doesn't give a shit about anything but the things that are proper to give a shit about. As someone who worries and stresses about every little thing, it's good to be around that sort of mentality.

Of course the flip side is that I'm pressing him for details on what exactly it is we're gonna do and I'm getting nothing. Here is an exchange that took place on Monday night:

All I've got to say is that dude better pull through on this.

*On a side note, the best part of this "job" are the people we get to meet and interact with. From our dealers to the riders, so many of you have become favorite people and a part of this brand's story. Thank you again for being so rad, and supporting what we do at All-City.

2. While I used to live in Tahoe for a winter, and I've been to Los Angeles three times, other than Orange County and the lake I've seen pretty much jack shit of the Golden State. This trip we're getting out of LA (possibly taking a train up North and riding back), and into the country. Looking forward to big hills, ocean views, and sleeping under the stars.

3. I've got a new touring system for the Space Horse.

That's messed up. I know. Which is why it's going to get fixed. Of course, I've done a number of overnighters but this will be the first extended trip out there.

In the past this is the setup I've used: 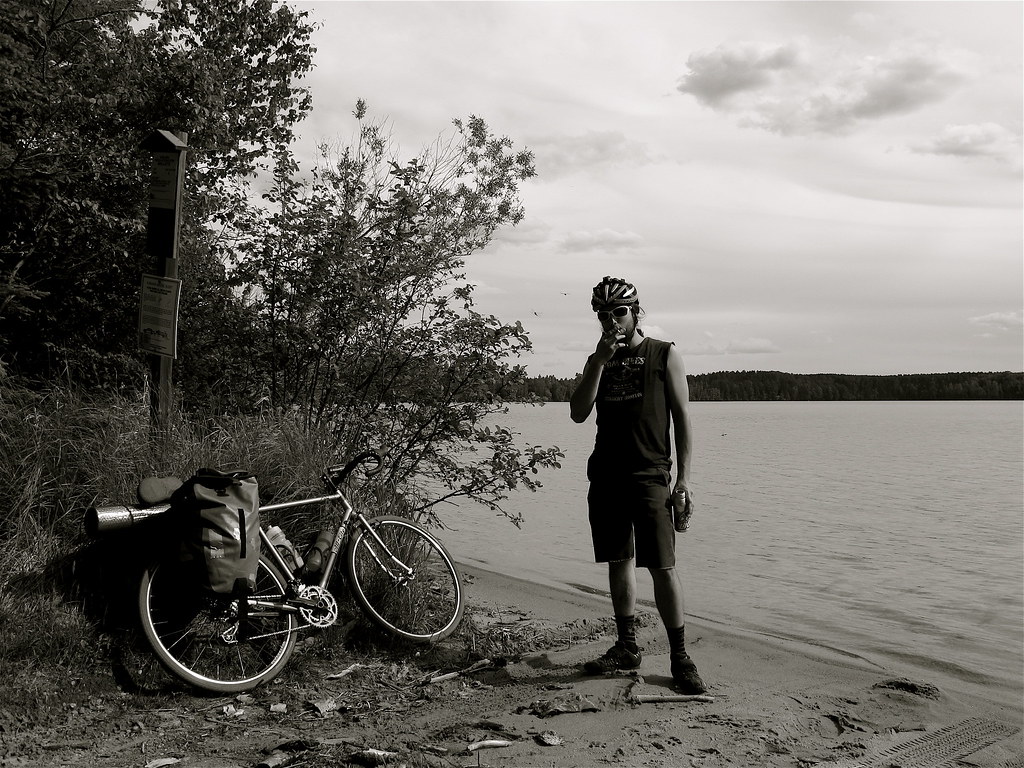 While this system works, in my personal opinion it makes the bike ride like dog shit.

This is the new jam I'm testing out. 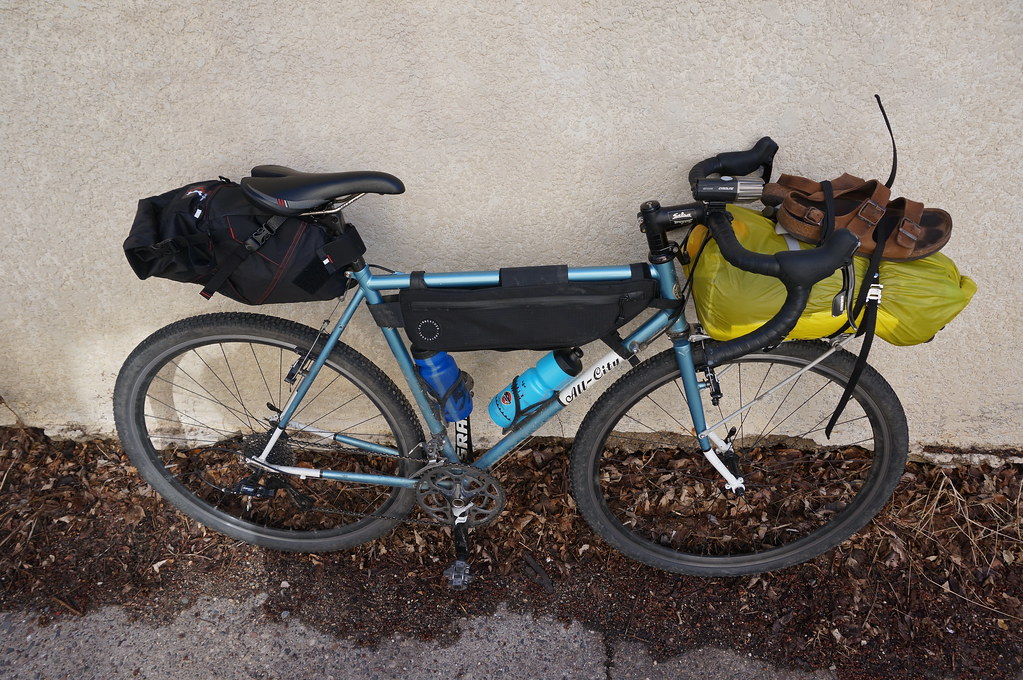 In a few test commutes it feels much better than my old ways, which makes total sense since you're spreading the weight over the entire bike, rather than at just the rear axles. Climbing and out of the saddle efforts feel much better, though it does seem to put some stress on my wrists as it takes more effort to control the front end.

I'm excited to try it out. And will let you know how it goes.

For those of you out in Los Angeles, I'll be milling around Golden Saddle next weekend and looking for people to ride with (we'll have completed the tour by then). If you want to say hello or go for a spin. Look me up.