“Hey, stuff your bike in my car and ride some velodromes with me in Chicago.”

T-Bits was… compliant.  Why not.  She had most of the week off anyway.  My Special Guy was going to be wrenching for some bike races in Madison, so I needed something to do with myself.

Plus… who doesn’t love Chicago?  Or velodromes?

We made a sweet flyer to warn our friends: 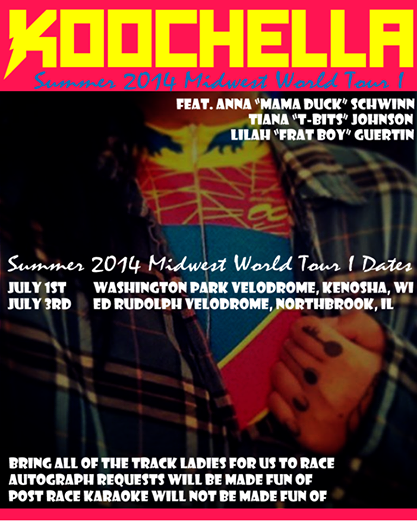 We were joined by our team’s Ambassador of Fun, Lilah "Frat Boy" Guertin, who journeyed seperately with the fine gentlemen of Shitgoose Racing.

First up on the Midwest World Tour: Washington Park Velodrome.  While not technically in Chicago, or Illinois, Kenosha falls within the Chicago Metro Area. 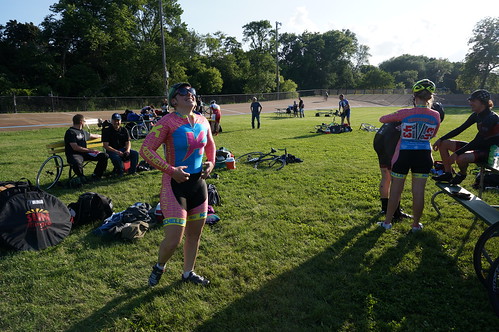 It is also the natural habitat of Brennan, seen here with his exuberant cheering posse. 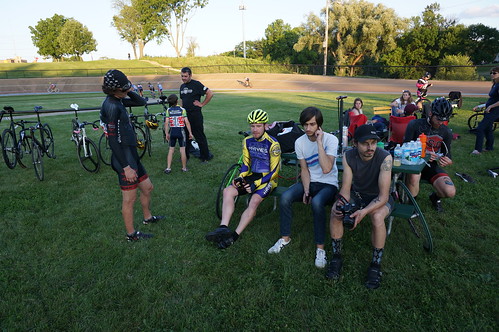 While the women’s field was small (it consisted of the three of us and a single local rider... who was just the best), the place was packed with juniors.  That was pretty neat. 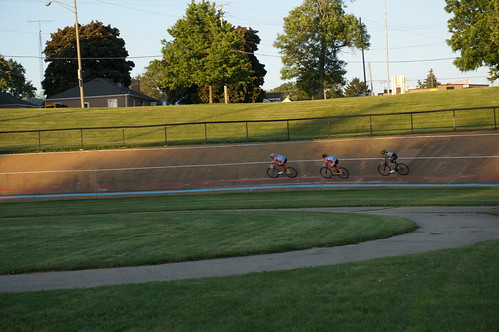 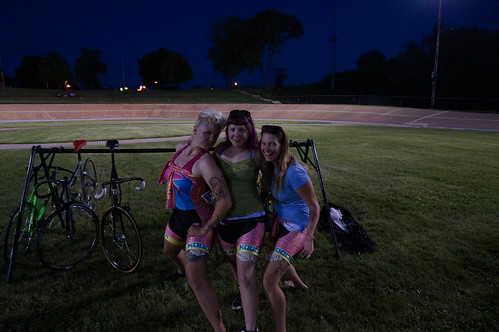 Ed Rudolph in Northbrook was next.  T-Bits and I had spent the whole day watching ghost-oriented television programming… so we arrived too late to take advantage of THE WATERPARK RIGHT NEXT TO THE VELODROME.  Ugggggn!

We were also awkwardly early enough so that we were essentially alone at the track for awhile.  So that was fun. 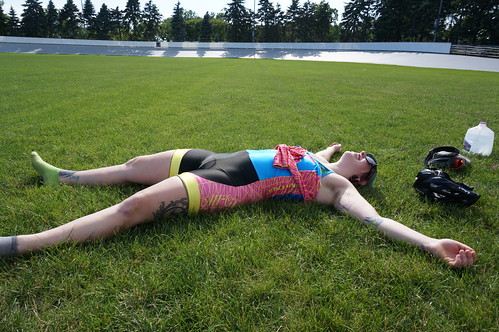 Our friends from Spidermonkey, Kelly and Kelsey, made signs to commemorate the occasion. 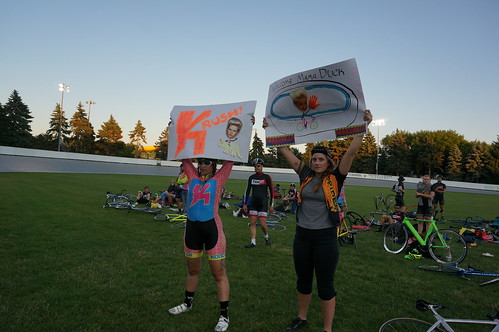 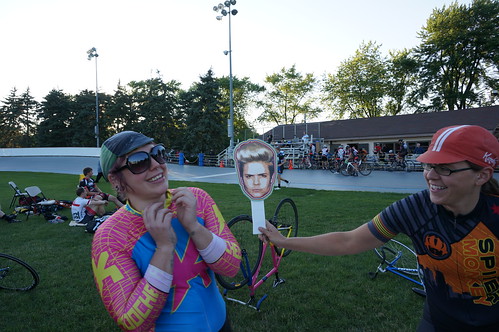 Here, she comes to grip with celebrity. 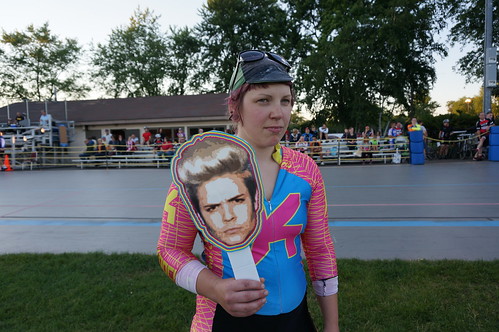 Northbrook is awesome because it has a split women’s field on the schedule.  Meaning I was doing my gosh darnedest to not embarrass myself in the extremely fast Women’s 1/2/3 field... which I didn't! 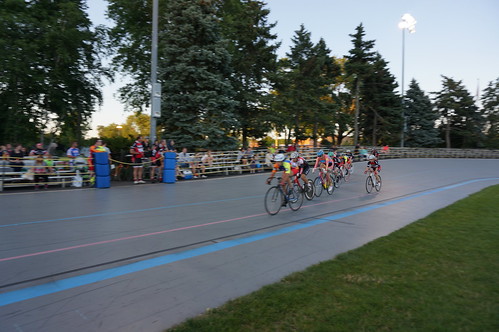 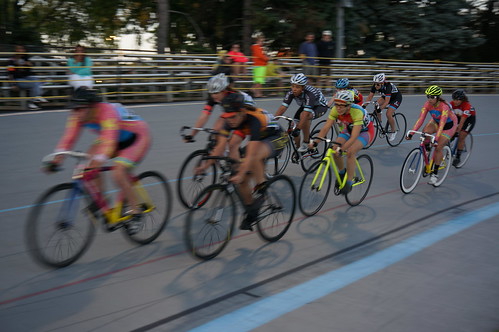 Cuttin Crew was out, looking sharp. 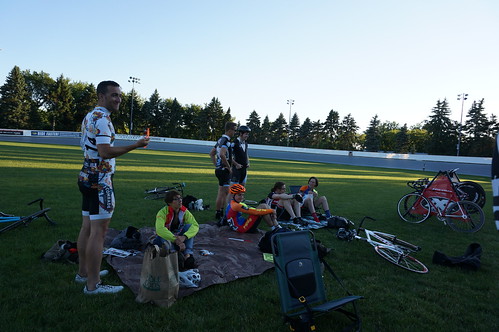 Nikki "I Win All The Things" Munvez took to the track for the first time that night.  She'll be crushing us all, soon. 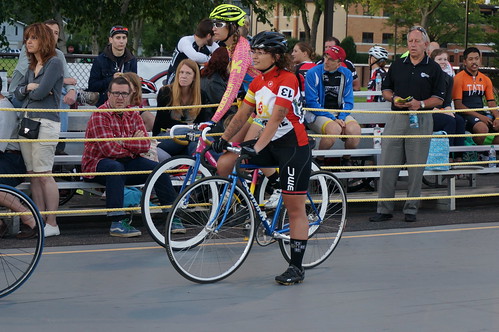 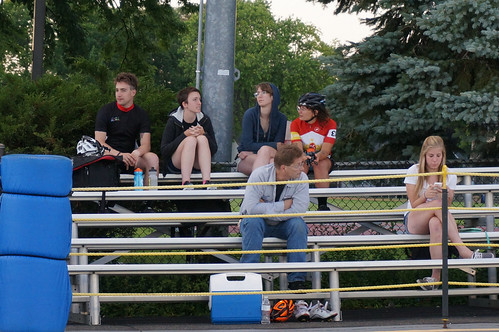 It was the best night of track racing I've had so far.  So fun. 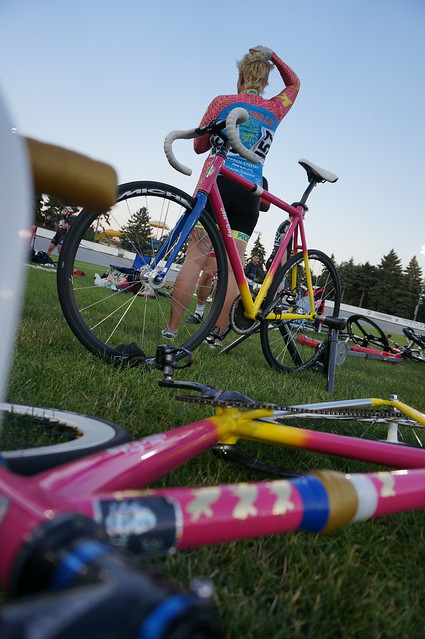 On July 4th, T-Bits and I celebrated America by taking to the velodrome at CVC.  This guy was spooky... and we had him allllll to ourselves. 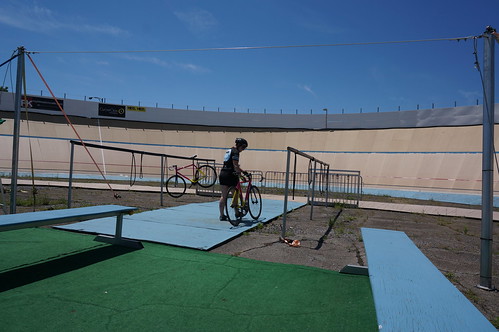 And steep.  Did I mention steep?  Our track at NSC is 43 degrees.  This guy was 50 degrees.  Perfect for gratuitous track pictures. 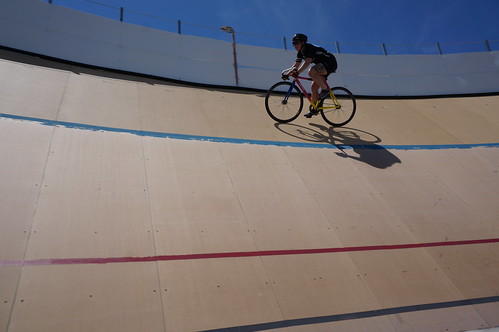 After Northbrook, which has 18 degree banks, this felt like a wall.  Super fun. 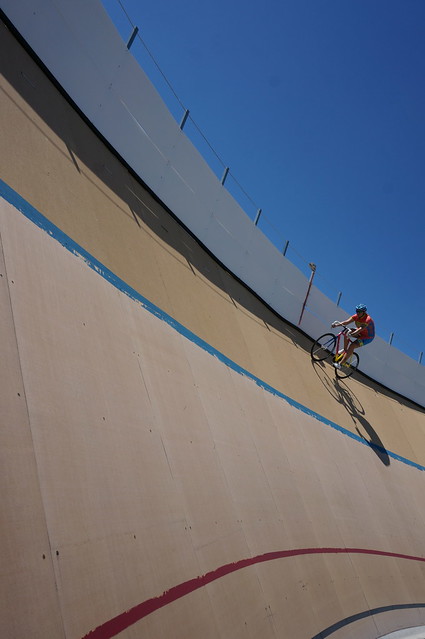 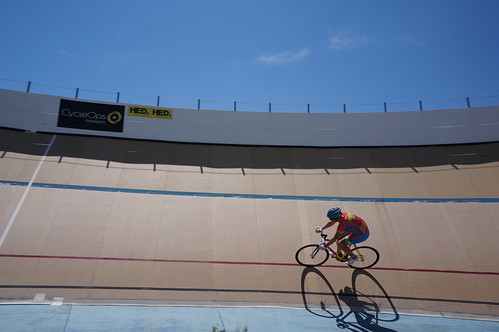