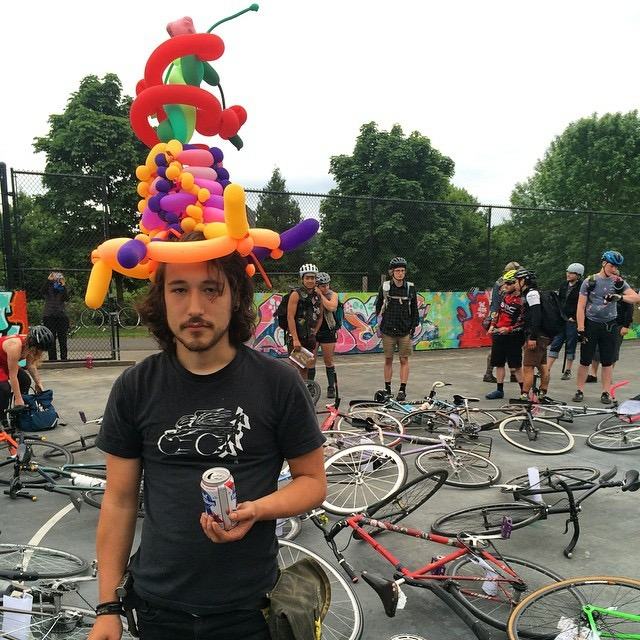 Our team rider Fred Marshall organized this year's Westside Invite, a traveling annual alleycat on, you guessed it, the West Coast. It's the largest annual race out that way, and this year it took place in lovely Seattle. Here's Fred's take on what went down.

Before i get into the nitty gritty of the Westside Invite, I first have to say thank you to the people who made this possible, the folks who showed up, the folks that helped out, and the sponsors. Now that that is done, lets start from the beginning:

For me the Westside started last year when I traveled to portland and put in the bid for Seattle to host the following year. After ten months of hard - had to be buzzed- work the weekend was upon us faster than we expected. First sign was the early arrival of some MPLS folks who came ready to party (like every MLPS person I know), we still had work to do but that didn’t stop us from drinking while doing it and staying up way too late all week. On Friday, fatigue showed its ugly head. Hung over and super slammed at work with the rest of the weekend looming over our heads, the jobs didn’t stop flowing but we made it thru the day. Now if only we could survive the weekend.

Friday night we went to a typical Seattle courier after-work spot, South Lake Union. I roll up and first thing I notice is this guy who looks just like Smokin Joe. Well lo and behold Joe came all the way from Australia to party with us. Anyways we open registration and a keg of beer then proceed to chill real tough. After everyone has had a few we start the friday night race, The Downtown Slam-A-Cow and poker run. The race consisted of 7 downtown stops with picks and drops, just a quick warm up race to get your legs tuned up for the weekend. Hometown favorites Cade and Cory Corndog won, Cade the slam-a-cow and Cory the poker run with the 49 dollar purse. Later we went to the standard Friday night messenger hangout bar Shorties, all i can say is I don’t remember much after that.

Saturday morning started at the worst/best place to have a hungover breakfast, Seattle's oldest restaurant, The 5 Point Cafe. This is where we started the coffee cat and the bloody mary cat, people didn’t know what to do. Did they want the coffee cat glory or did they just really need that bloody mary to get them through the rest of the day. Smokin Joe came out on top of the bloody cat and Nick from Pdx took home the coffee for Men's and Erin from Vancouver took it home for the women.

Later that day we rolled over to Judkins park for the side events, which is usually my favorite part of the weekend cause everyone puts down their competitive face and has fun. We did all of the classics: sprints, footdown, trackstand, quick lock comp, skids (which I ate it hard during and am lucky to come out intact) and of course cee lo! After all the fun and games we held the out of towner race with a custom bike for the men and womens winner. We based this race off of all the spots that we hang out at after work, so a bunch of really pretty parks and the like were in play. Vancouver won race hands down  with Allen from Vancouver via Scotland (on his Mr Pink) and Erin once more taking the women's.

SUNDAY SUNDAY SUNDAY!!!! Big race day I don’t know what to say, Matt Face and myself had created a race that was equally as hard mentally as physically. Racers started rolling in looking worse for wear but ready to race. Without Matt or myself racing we knew this was could be anybodys race to win, lots of strong smart riders with glory on their minds. The race started and went off without a hitch, all I had to do was sit back and wait for people to come back. The race was points based so everyone had to wait until later that night to find out who the champs were.

We had the awards party at Dank Bags HQs big warehouse space in the industrial part of town, it was perfect. The party started off with my band Dad Jokes playing and warming everyone up, after that Bottle Nose Koffins played (they are the best live band in all of Seattle) and about 40 dudes took of their shirts and had the silliest punk as fuck dance party. It ruled. Ask someone who was there or just look at the pictures. My good friend and former co worker Brenda Ray performed a very wonderful moving poem that brought the crowd back from cloud 9 and back to reality(if you live in NYC go check out one of her slam poetry shows you won’t be disappointed). We then did awards, the moment that people had been waiting for. Our podiums looked like this Mens: 1. Cade 2. Dravis 3.Smokin Joe and for the women 1. Tiana (MPLS) 2. Erin (YVR). all of them worked their asses off and crushed the competition. DFL Robert “Bobby Bellevue” Kittelson, Most Professional Brennan (MKE) and Most overall rad dude Phomma! we then dance and partied till way too late.

The next day we dragged ourselves to Judkins and played polo and said our goodbyes, it's always hard to leave everyone and not be sure when the next time you're going to see them but it's always worth it. Kind of lost my train of thought just thinking about how hard it really is to say good bye to your mess family so im going to leave it at. I hope to see all of you sooner then later, also 99.99% of you are beautiful  - Fred Marshall 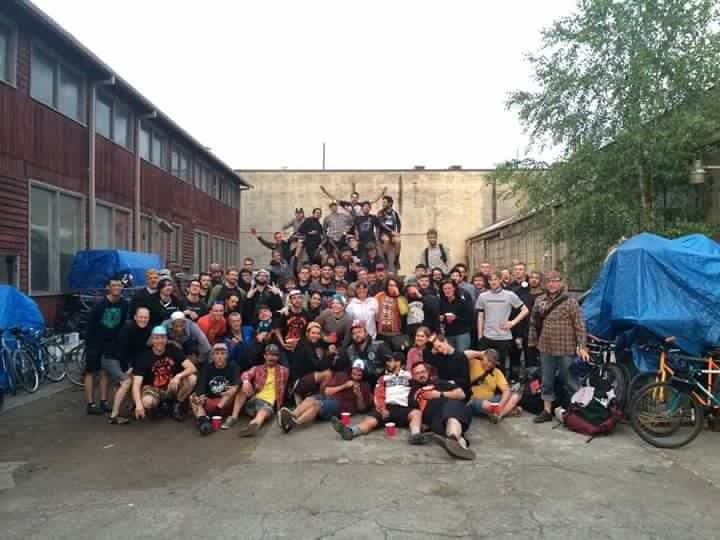