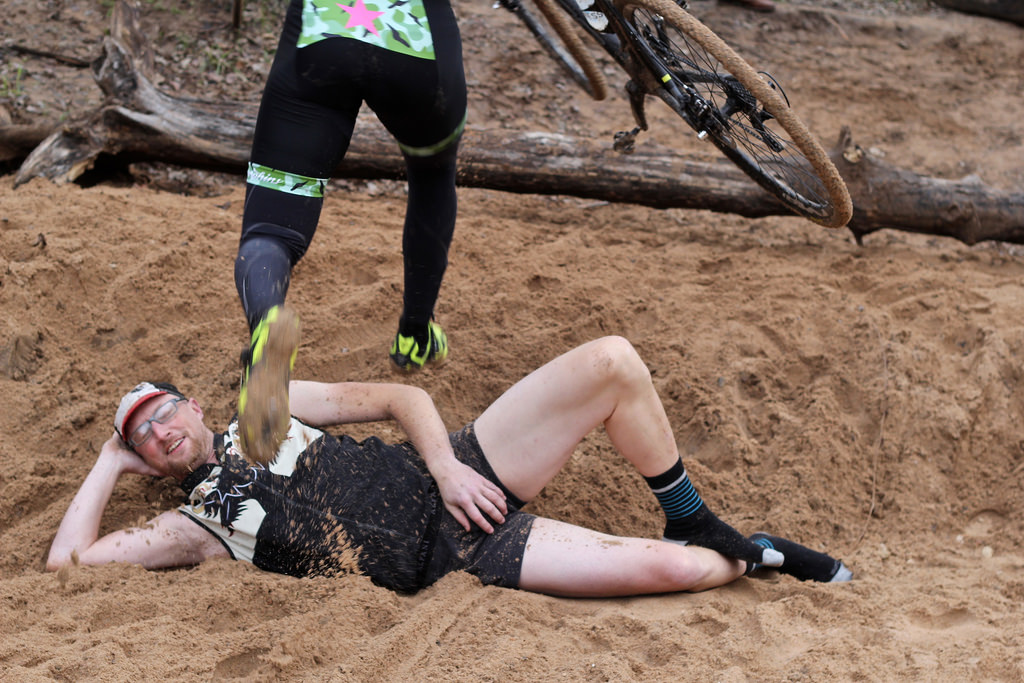 I'm sure you've seen the jokes and internet punditry associated with last Sunday mornings abrupt cancellation and subsequent postponement of racing at the cyclocross Nationals. If you haven't, let me give you a brief recap. Sunday is THE BIG DAY. The day that the Elites (read pros) and juniors take to the turf to decide who is the best of the best in the good ol' United States. This is the day the entire week of racing has been building toward, and the day where all the pro teams, moms and dads, and sponsors get their big payoff.

You can imagine all of our collective surprise Sunday morning when news started circulating that the whole thing was off at the last minute. And the punchline.... The race was canceled due to mud.

At first no one could quite believe it, cancelling a cross race due to mud is like cancelling Chrismtas because Santa has too many presents to fit down the chimney. Canceling a cool dip in a Wisconsin lake in late August because it would be just too refreshing. Canceling chocolate because it is too damn delicious. On it's face, it sounds fucking ludicrous. You don't cancel cross because of perfect cross-weather.

Once the dust settled, this is the story that emerged. Or at least my oral history of it.

Austin has many cool trees. You like trees, me too. Some of these cool trees are what are called "heritage trees." A heritage tree is one that is larger than 19" in diameter. These way cool heritage trees are zealously protected, as cool trees should be, in part because of the efforts of a powerful lobbying group, the Austin Heritage Tree Foundation. The problem is that the parks department and it's aborists have a different definition of what protecting the trees means than the AHTF.

For the Parks Dept that means keeping things like a bicycle racing course at least 10 feet from the trunk of a heritage tree. The lobbying group however maintains a standard that things like a bike race should kept a minimum of 20 feet away. See, there's a disconnect.

The course was inspected and approved by the Parks Dept and reinspected every race day. No issues. Although Austin had been receiving a bit of rain everyday creating mud and undeniable damage to the surface of the park. This damage to the park was both anticipated and budgeted for in the planning of the race according to the USAC. Damage to the park is unfortunate, but nothing new. Youtube Austin City Limits mud pit and check it out for yourself.

You see the mud and damage, wasn't really the issue. By the parks own standards that damage was kept the minimum distance away from any heritage trees. However members of the AHTF scoped the park on Saturday night and put out a call to action to lay heavy pressure on their politician friends and contacts within the local city government as the course didn't conform to their unofficial standard of 20 feet. And of course it worked. At 7am  Sunday morning shit got shut down by a Parks Dept second bananna who had nothing to do with the planning of the event.

Anyway.... Sunday morning the word spread through the Radavist home for wayward boys (there were six of us staying there plus John and Lauren) and a collective bummer swept over us. Taking to social media, as is the thing to do in these modern times, found an internet that was ablaze with speculation and anger. No racing today, what were all the cyclists going to do?

LIke a bunch of fucking boss', Beat The Clock Cycling and The Radavist lept into action and decided to run another round of hott bandit action. As soon as the word got out people freaked. "You're going to ruin the weekend."  "The parks department will never allow another race again in Austin." Blah blah blah. To the point where John fielded at least one call from a famous pro who wanted make sure he wasn't going to fuck up American Cyclocross.

You see. As people often do on the internet, they jumped to conclusions, stupid ones. Folks actually thought that we were going to race at the closed Zilker park. Once that rumor got squashed, they decided that no matter what park we used the Parks department would have a shit fit. This was going to be the doom of us all.

Well long story short... The Parks Department decided that the USAC's would continue on Monday after some light mods to the course. And Crash Nationals II? Well, as bandit cross has proven time and time again, it's a unique force for good in this crazy mixed up world we live in. Bandit cross will save us all, you just have to let it in.

Peep the photos, many frowns were turned upside down that day thanks to the efforts of a few brave local hero's who bucked internet pressure to put on an awesome event. 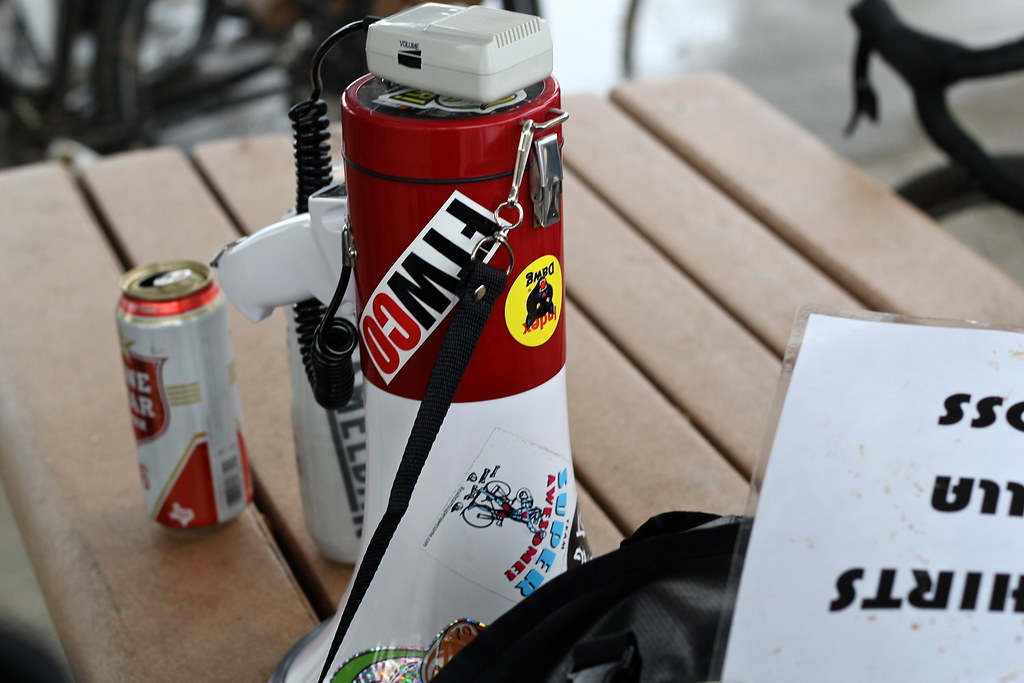 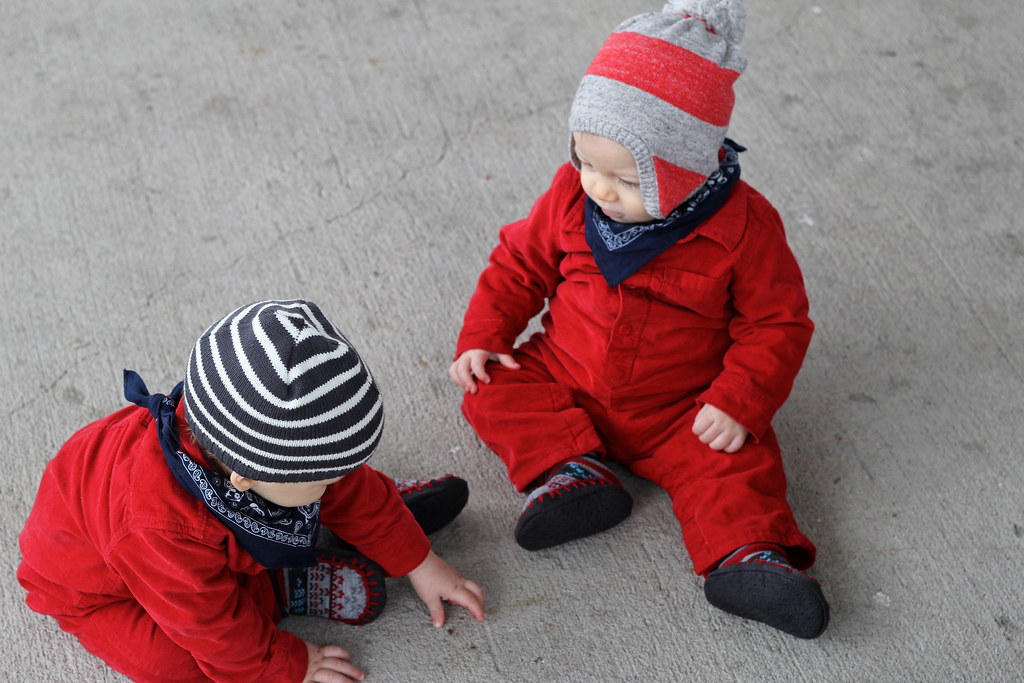 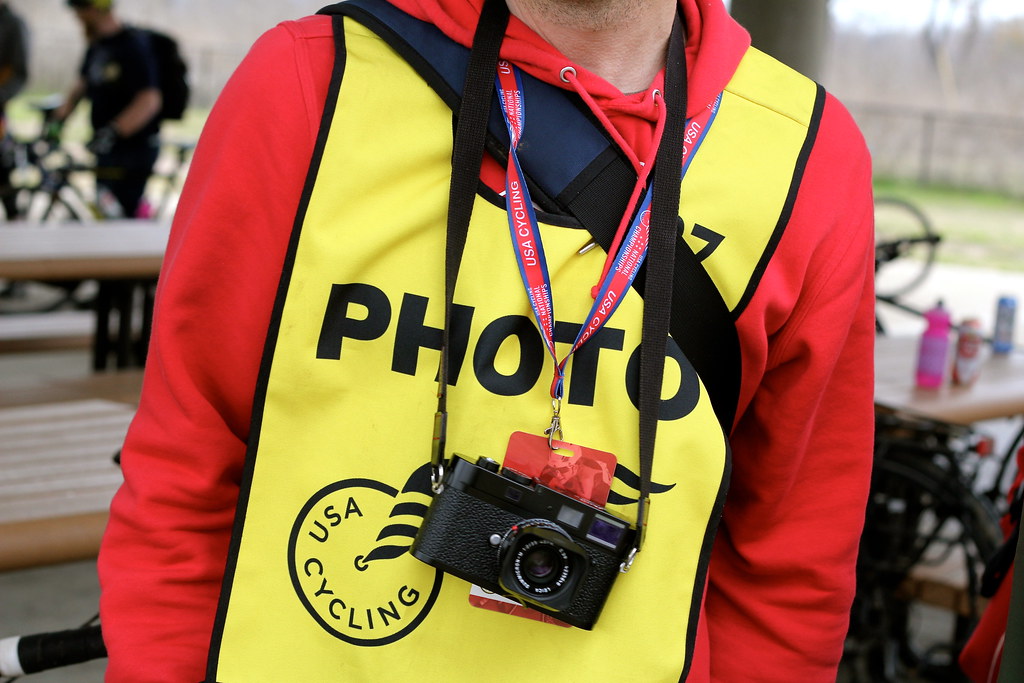 Offical press types were on hand 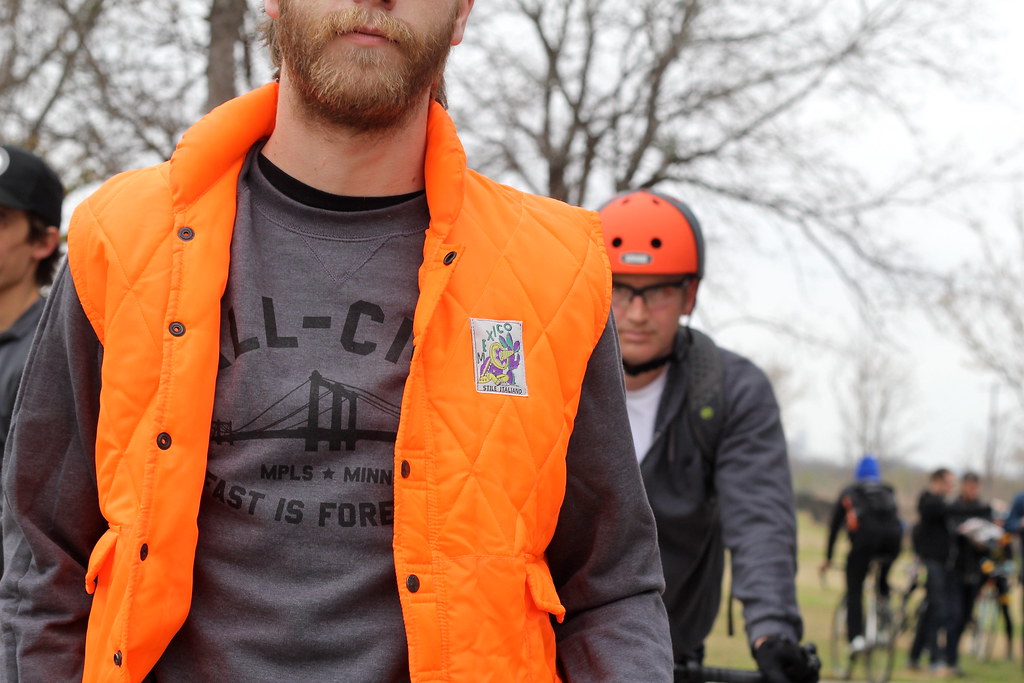 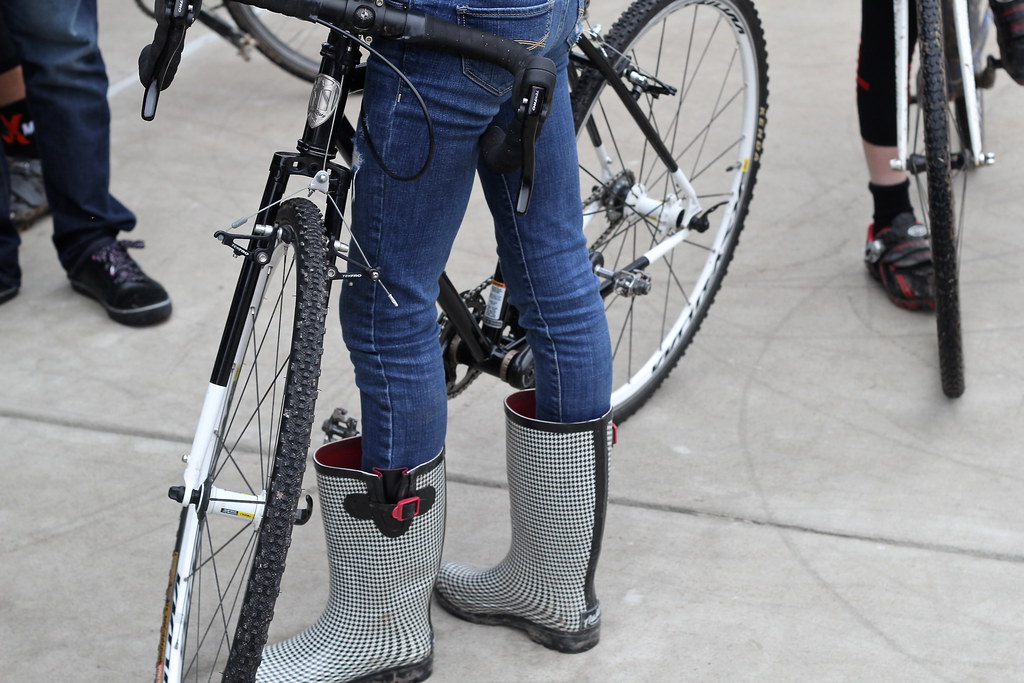 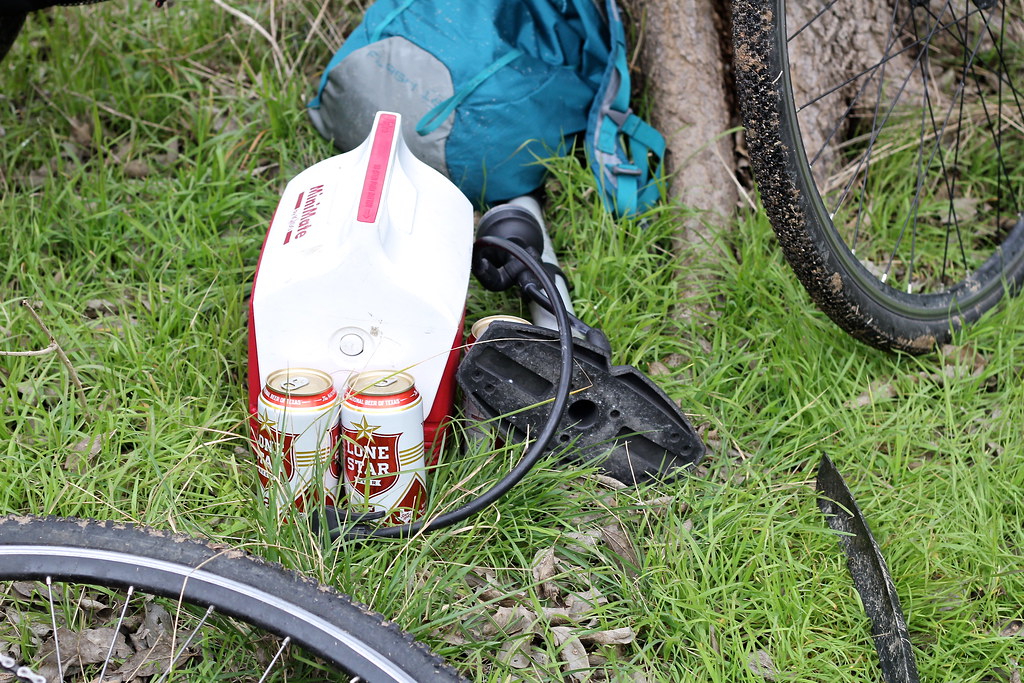 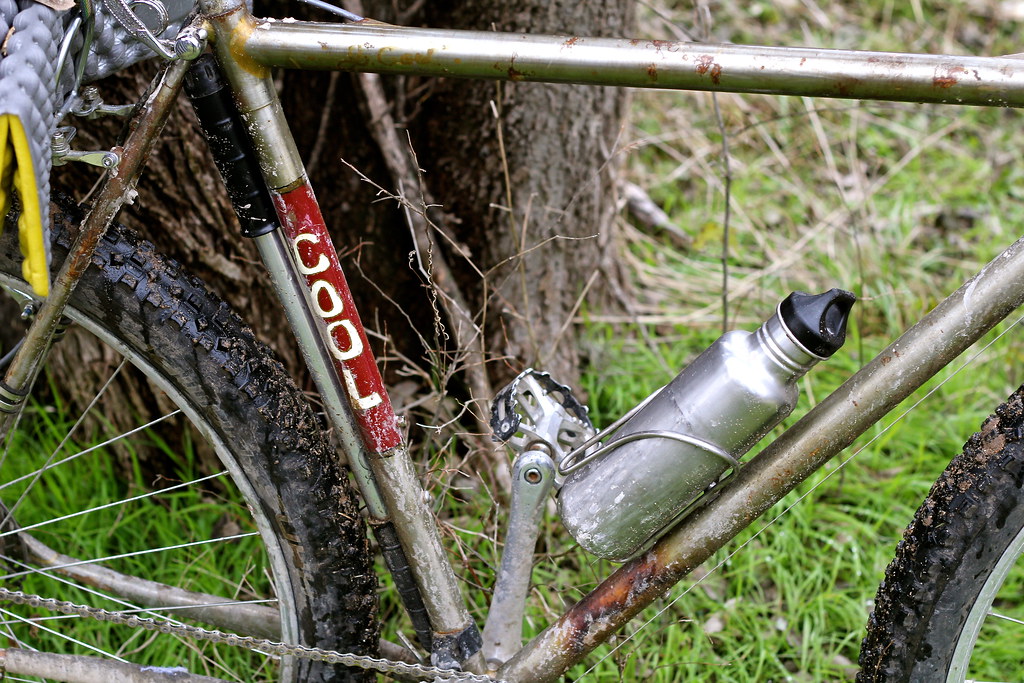 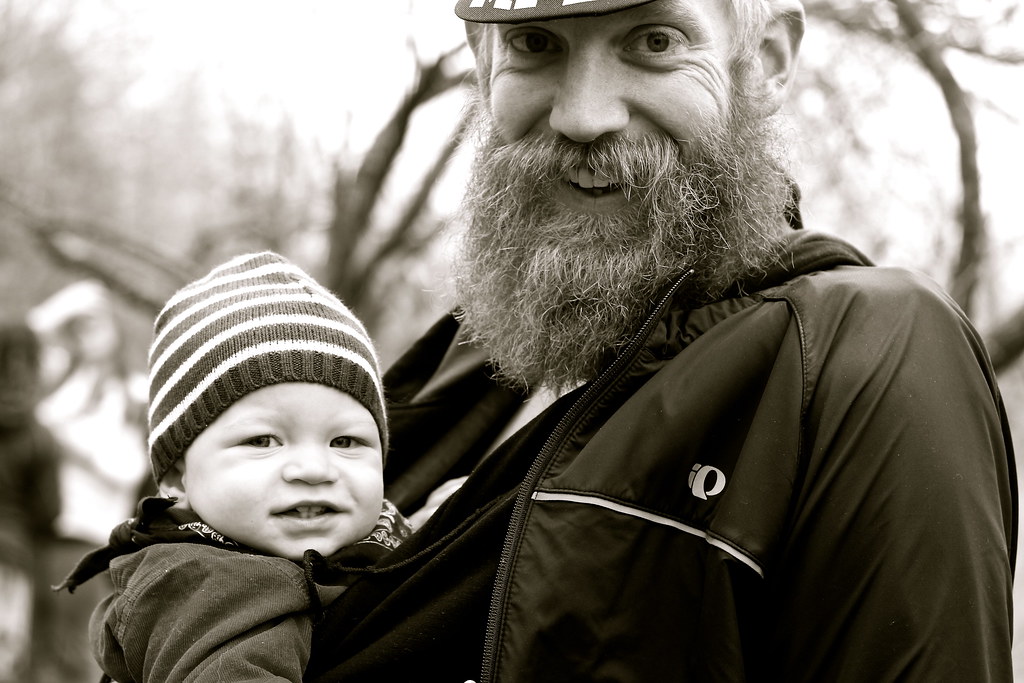 Russell and one of his brood. Russell's our dealer down in Austin and one heck of a nice guy! 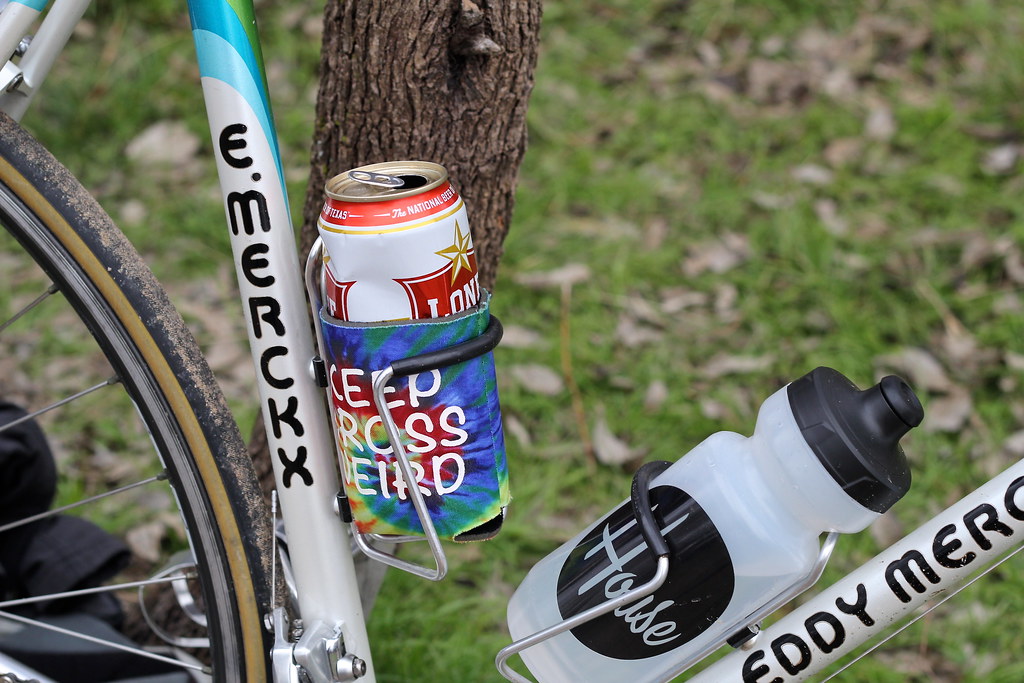 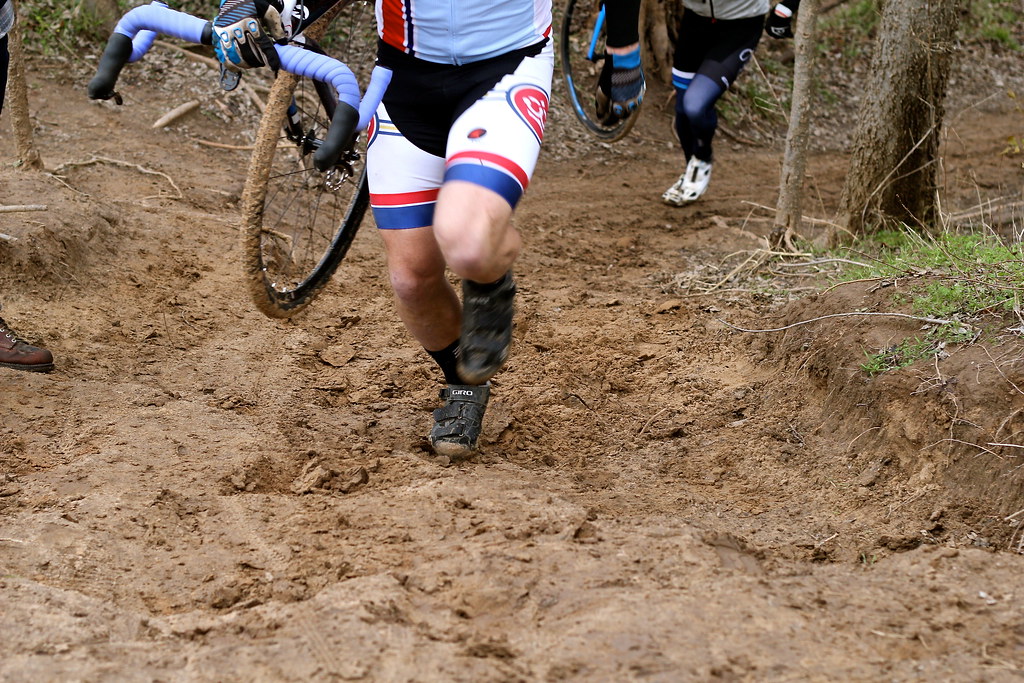 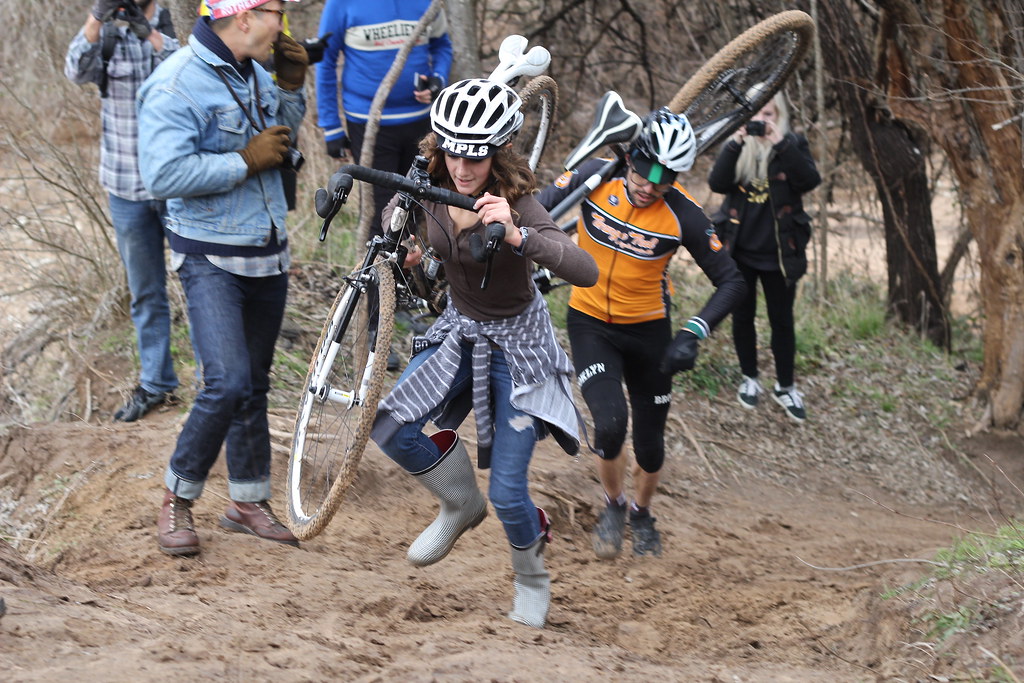 Here she comes, up the hill and into our hearts. It's good knowing that the future is in good hands. 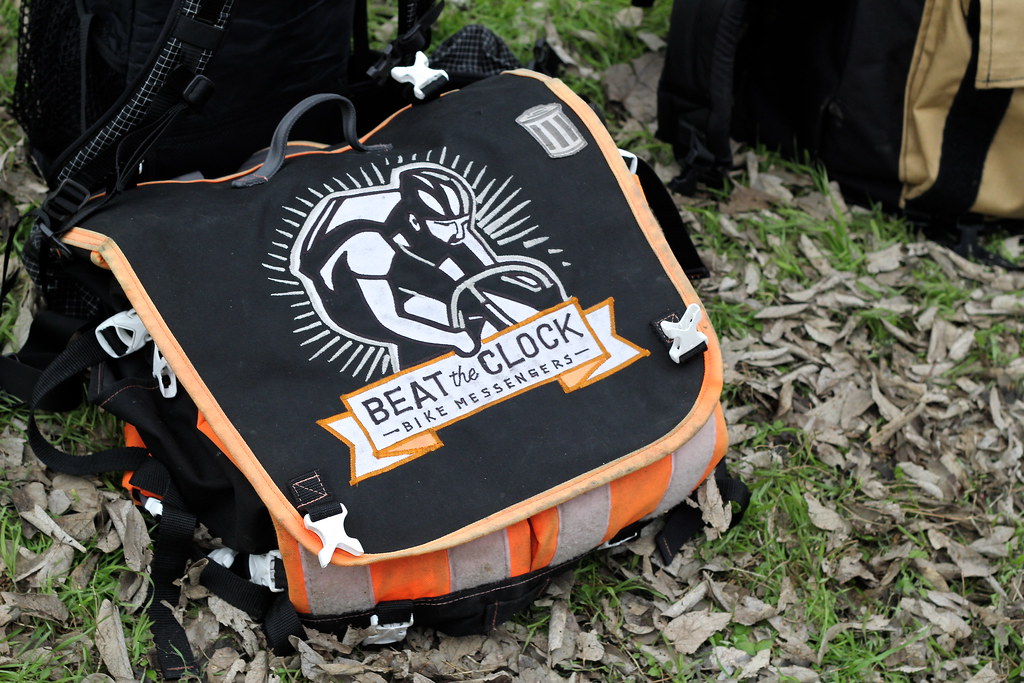 Sick Beat The Clock backpack made my Andy Larson of Trash Bags, right here in MPLS 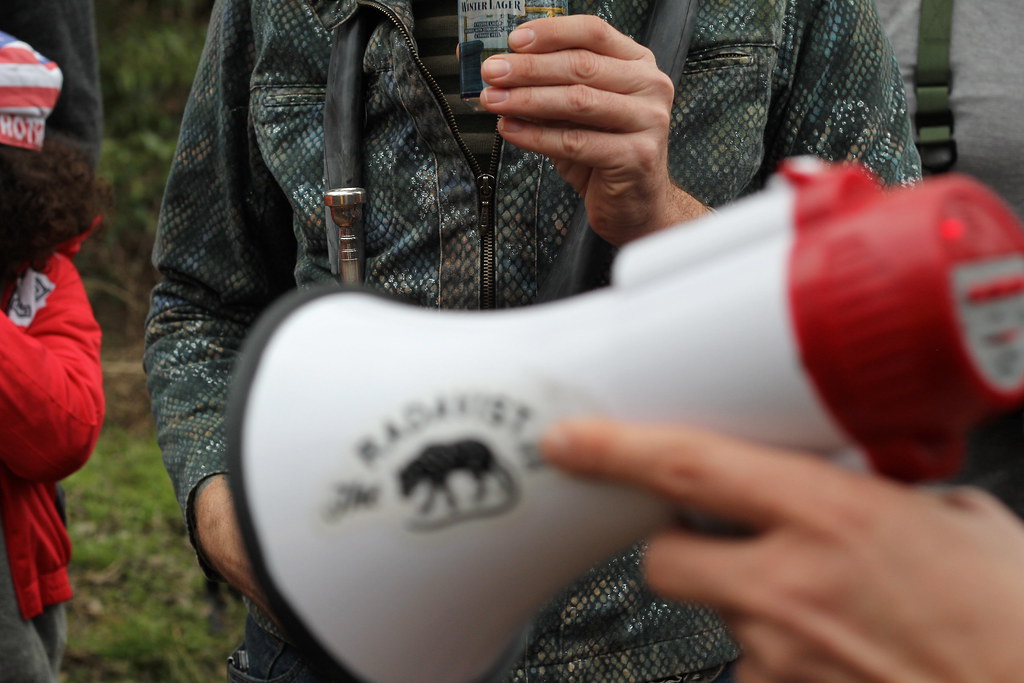 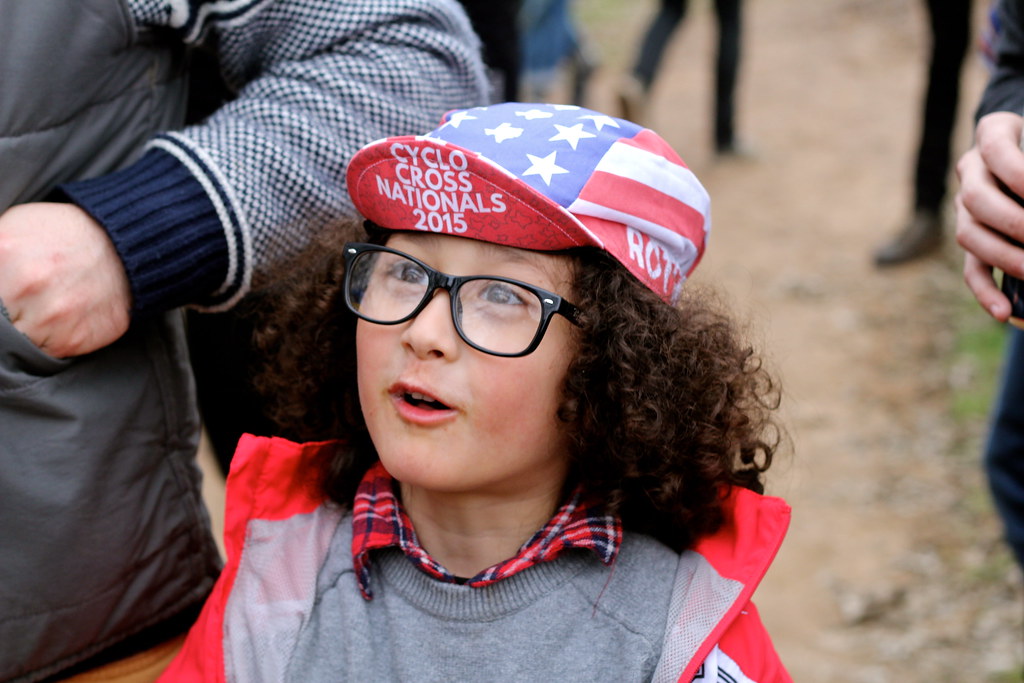 Another youth learning the ways 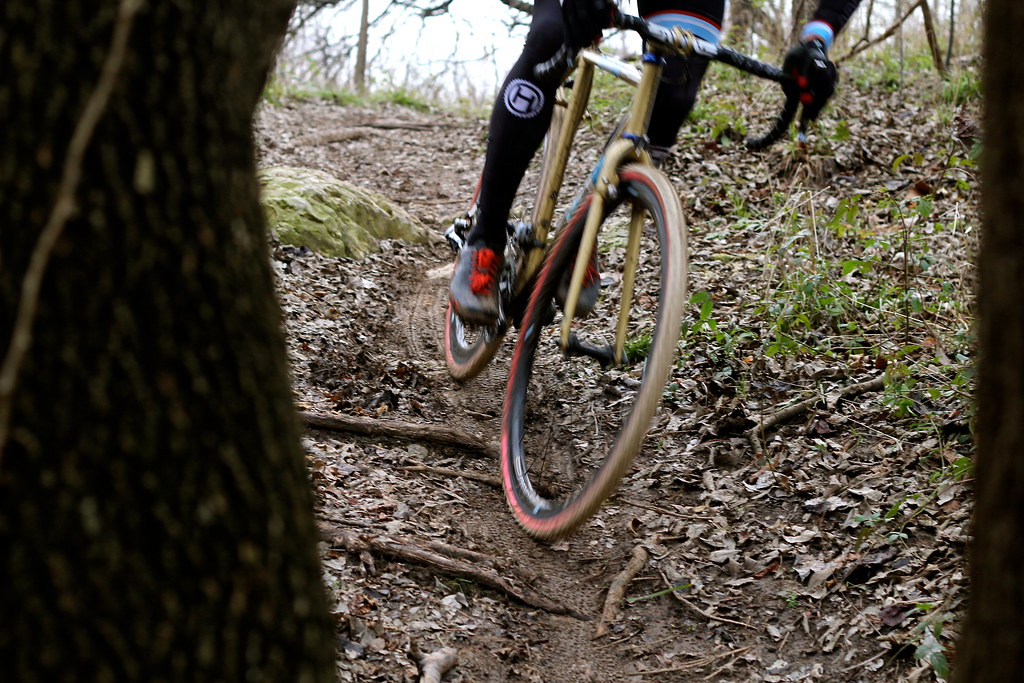 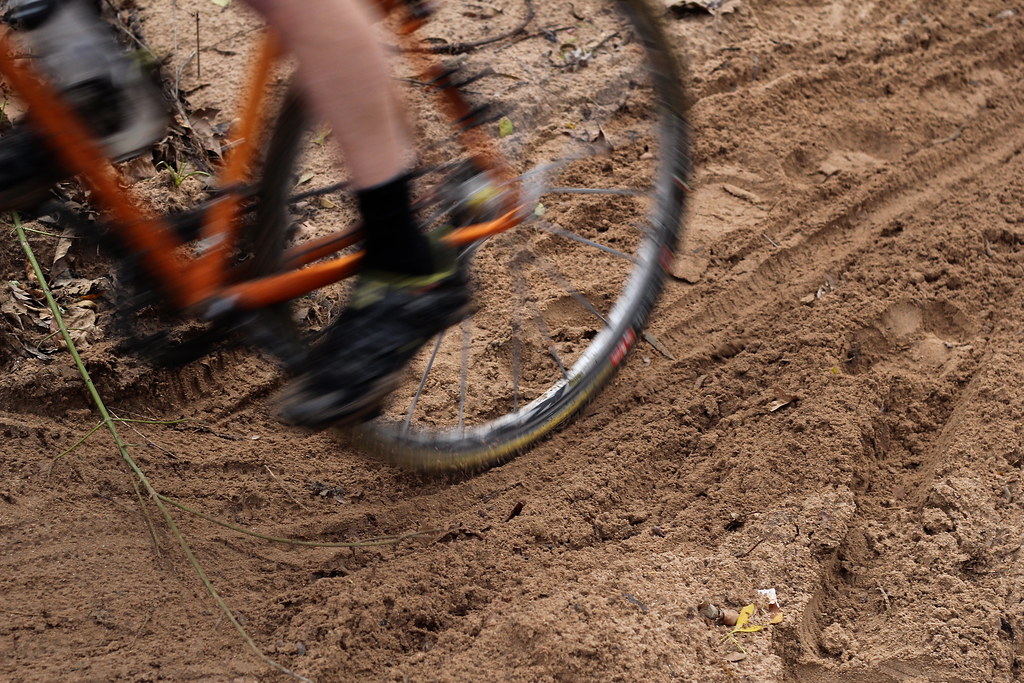 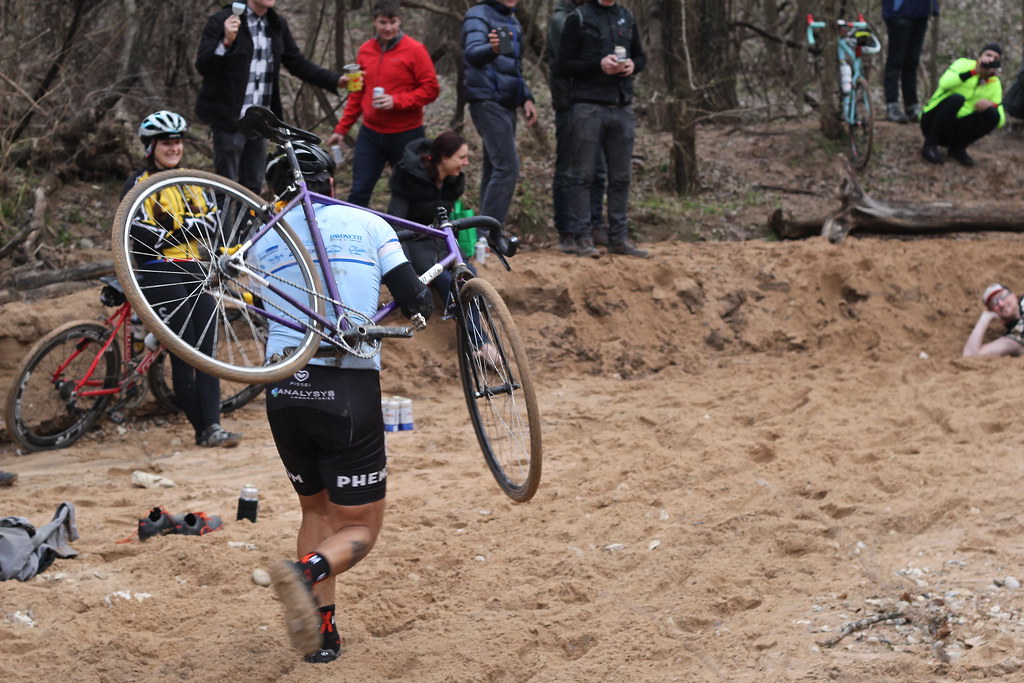 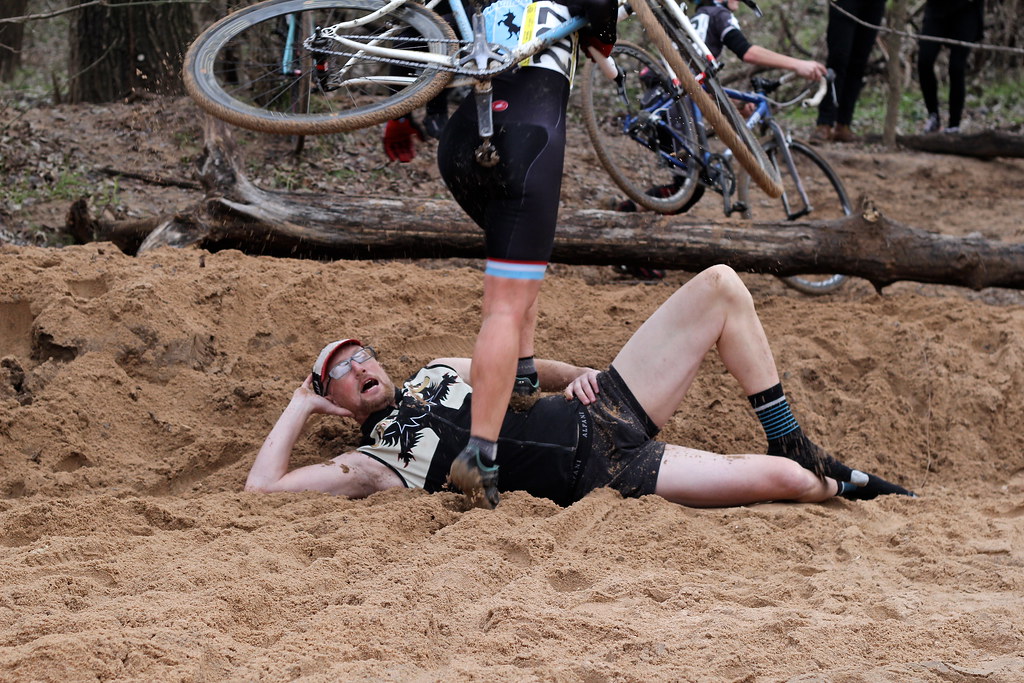 Hodala, always up to no good 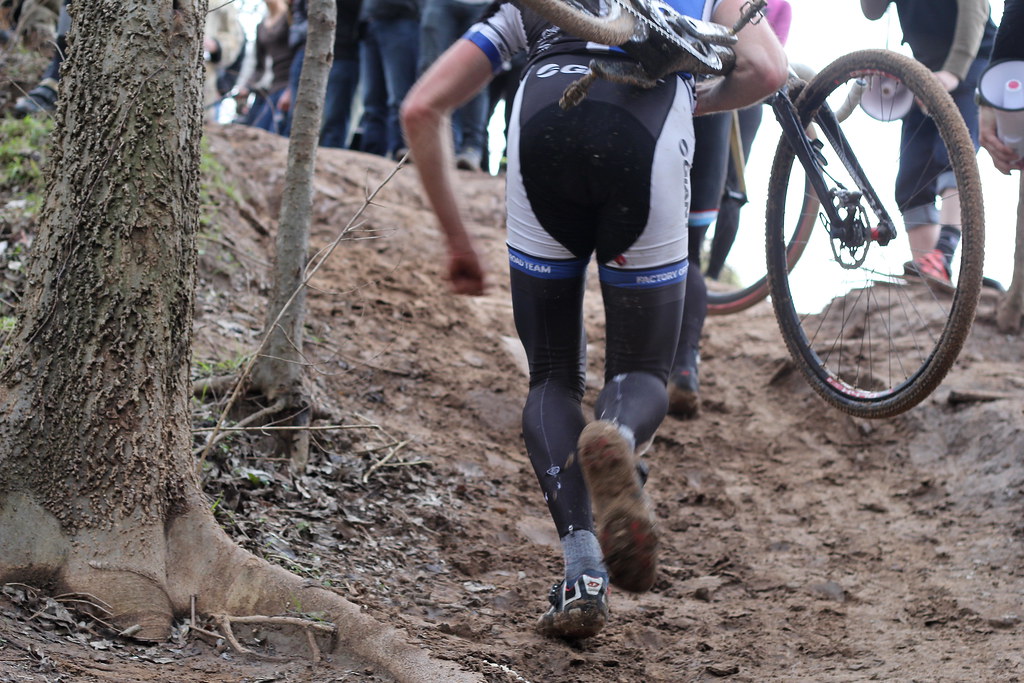 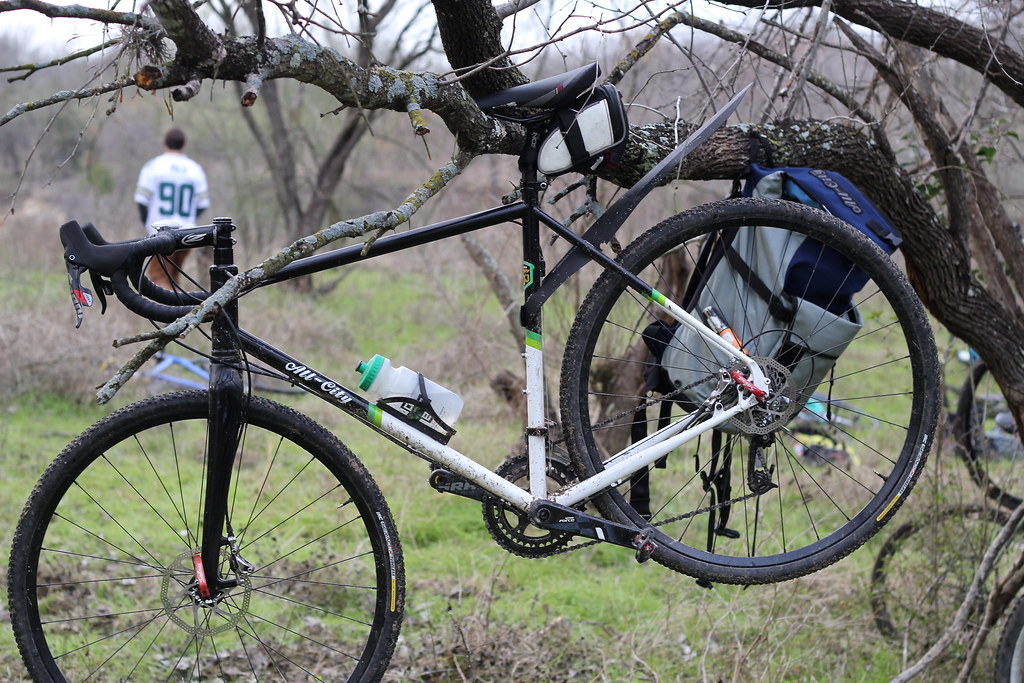 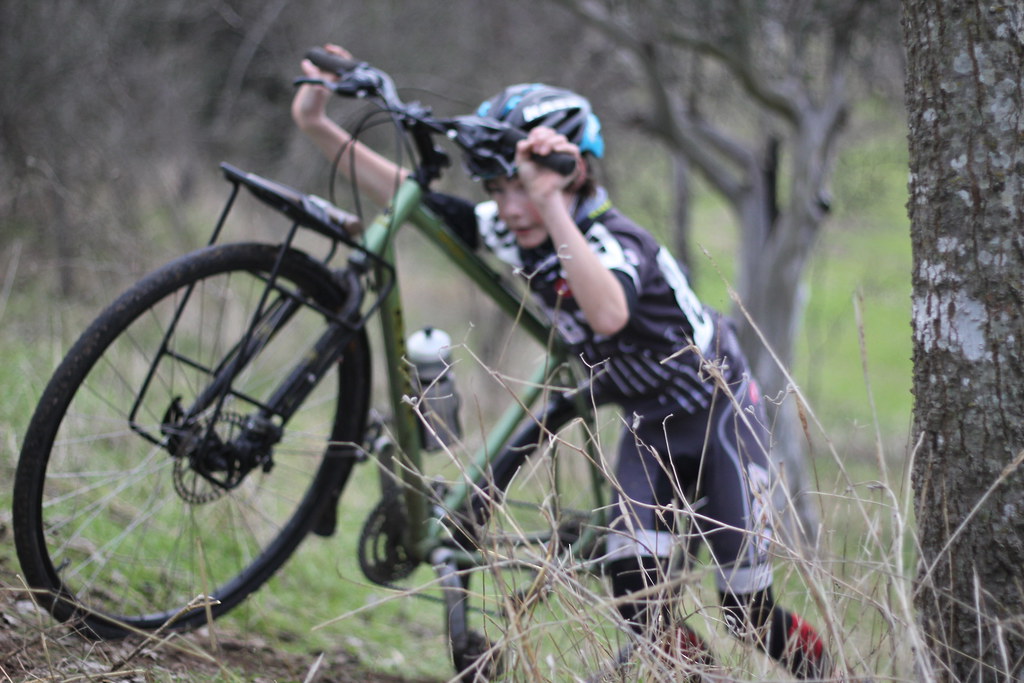 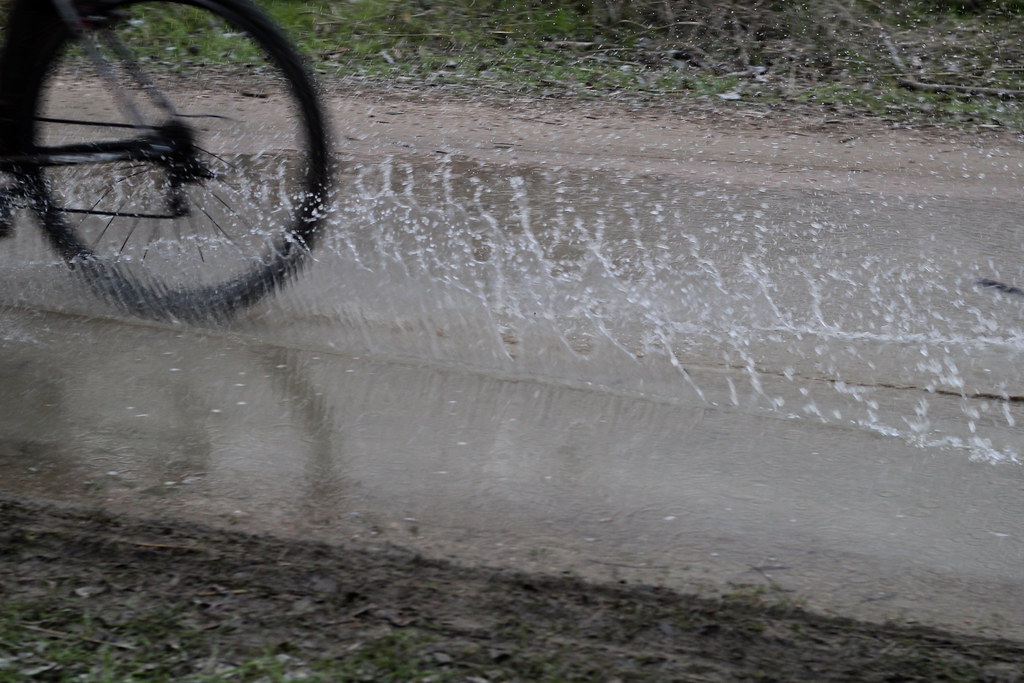 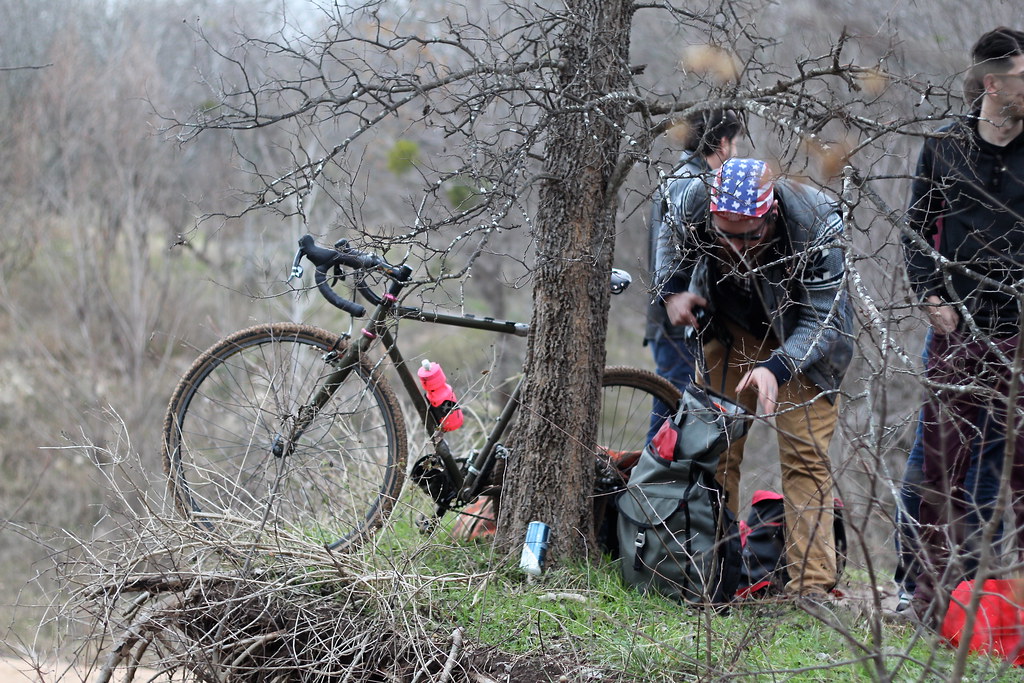 Another great day for cyclocross.

did she rig up SPD cleats to her boots?