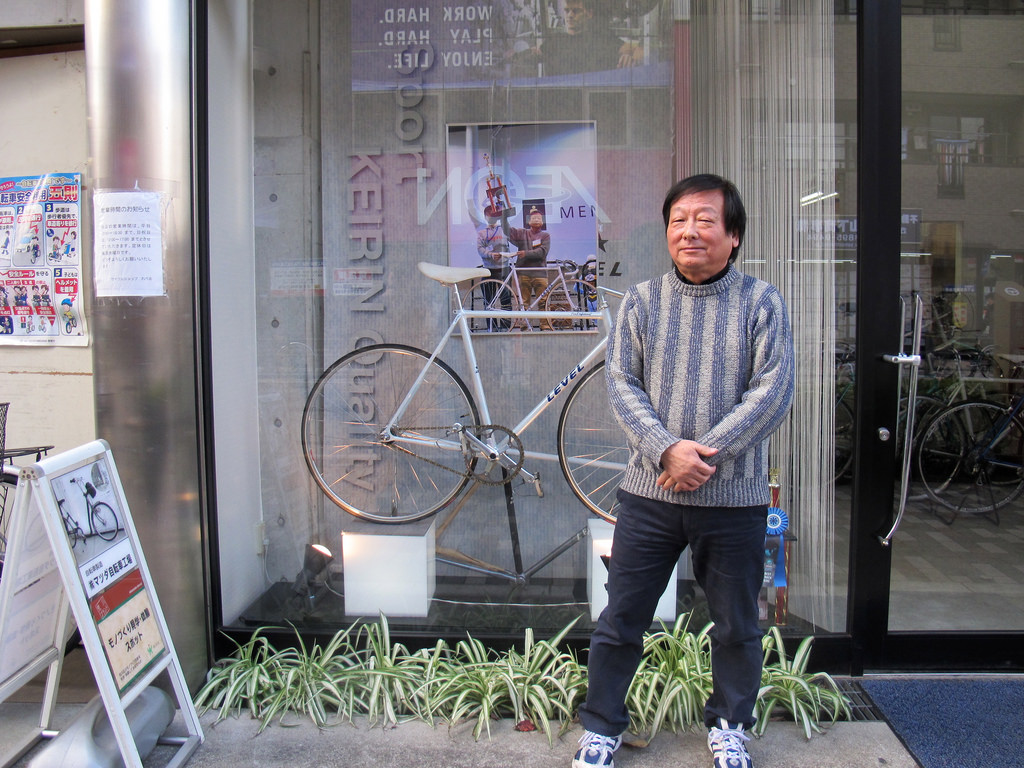 All-City Japan Tour: A Visit to the Level Factory

All-City Japan Tour: A Visit to the Level Factory

Matsuda Shikou in front of his factory, displayed is the bike that won him a best track bike award at NAHBS

Without a doubt one of the highlights of our trip to Japan was a visit to the Matsuda Cycle Factory, home of framebuilder Matsuda Shikou maker of the famous Keirin racing marque Level. He was a beyond gracious host and let us ask stupid questions and watch him work. His anecdotes were hilarious and the humbleness of this master of the trade left us all charmed.

One of my favorite anecdotes was that when he started building frames he (and I'm paraphrasing here) "built touring bikes because I wasn't sure of my skill. This way if the bike broke, hopefully the client would be far away from me." 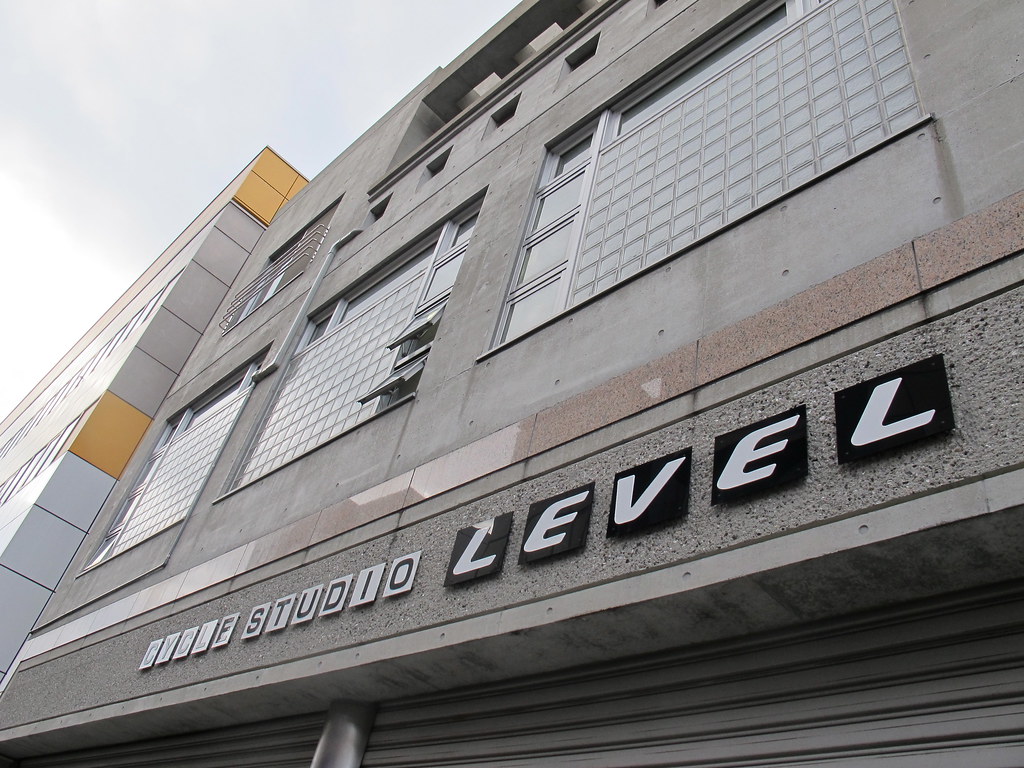 While Keirin bikes have come to dominate his output in the last 15 years or so, he will still build a road or touring bicycle when requested. The hitch though is that you must actually travel to the factory to meet with him. He needs to see your riding style, know your physiology, and develop a rapport before being able to create something which will be in all likelihood the nicest bike you will ever own or ride.

Shown below is a "funny bike" which showcases his talent for gorgeous fillets. 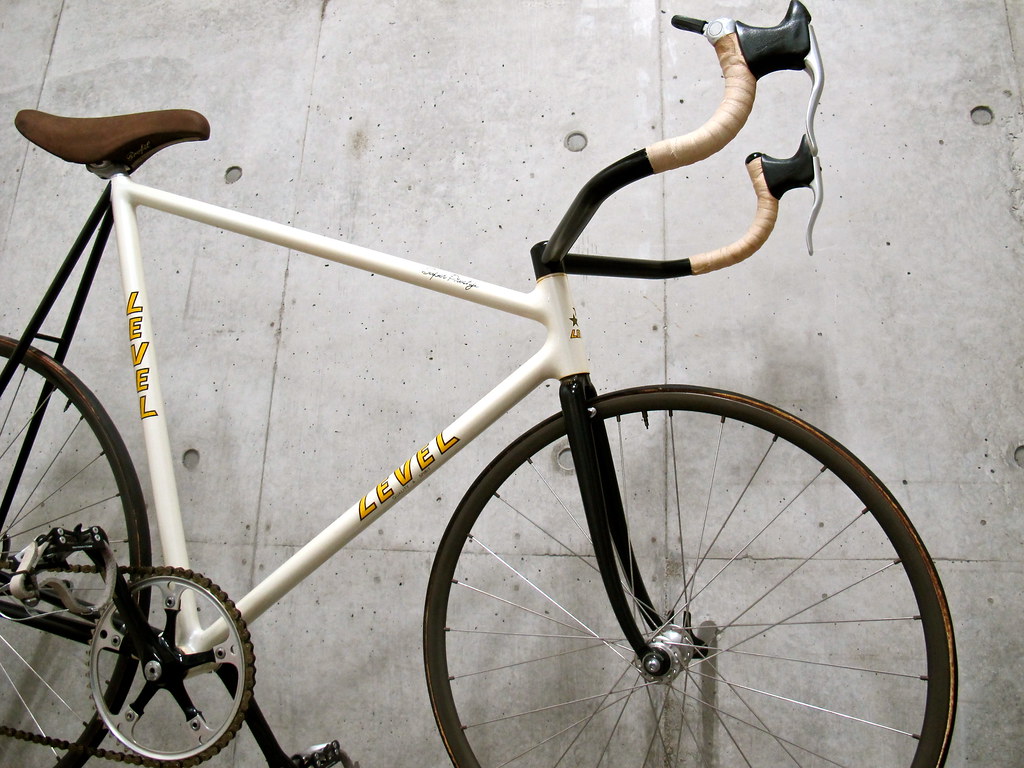 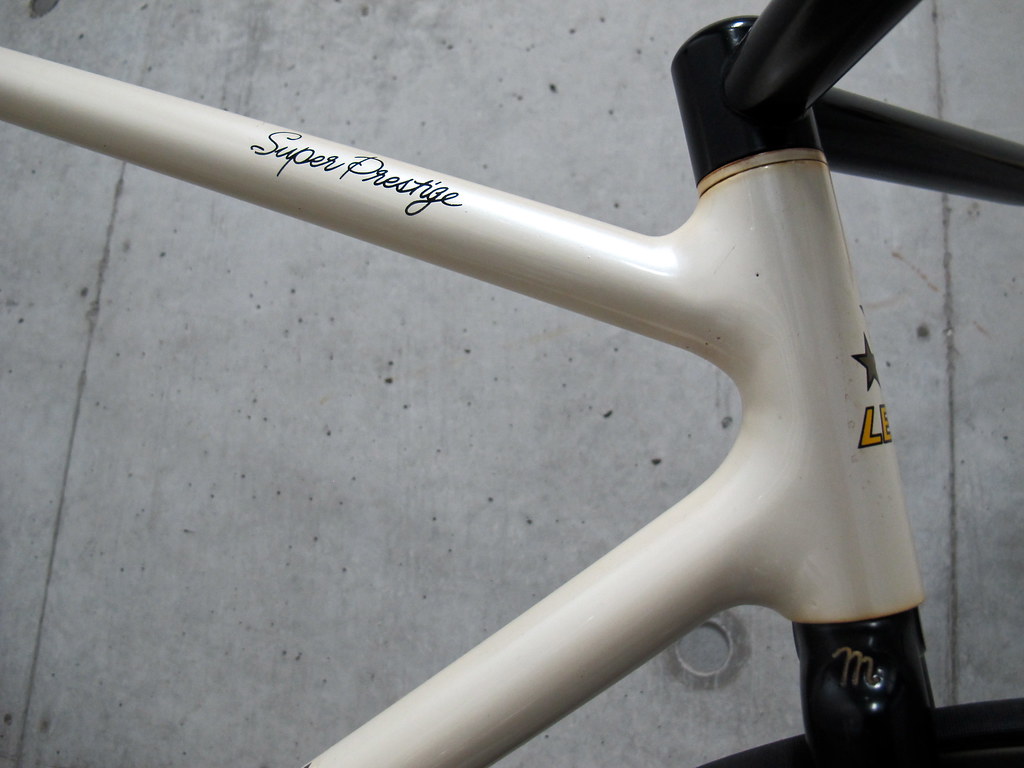 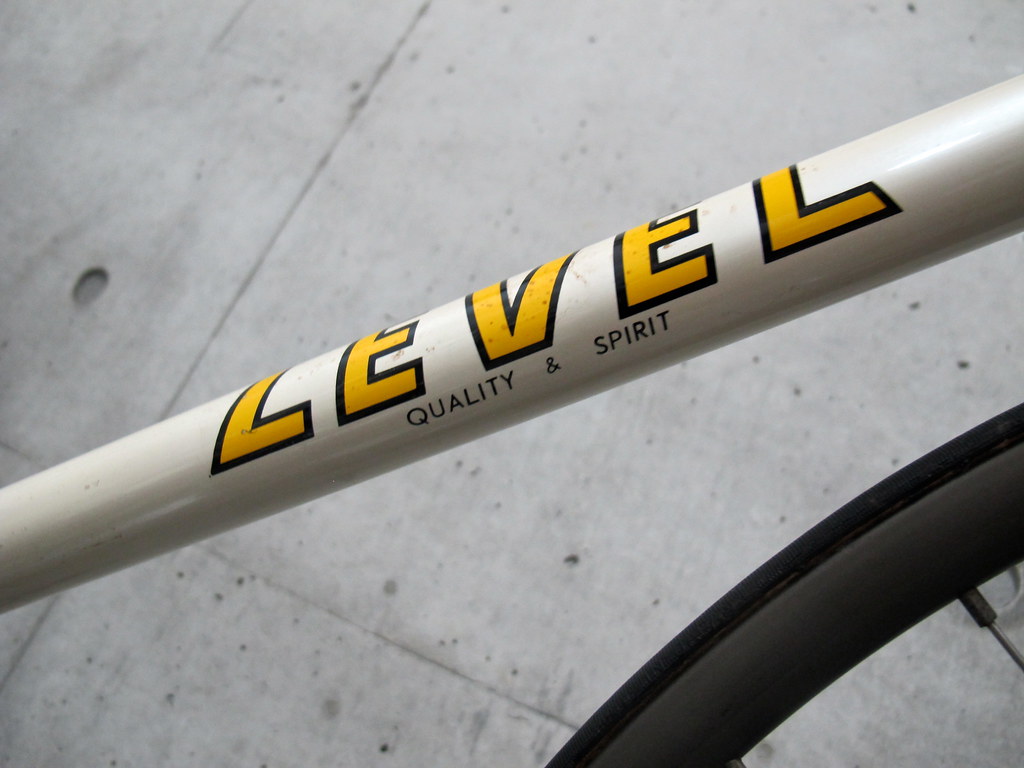 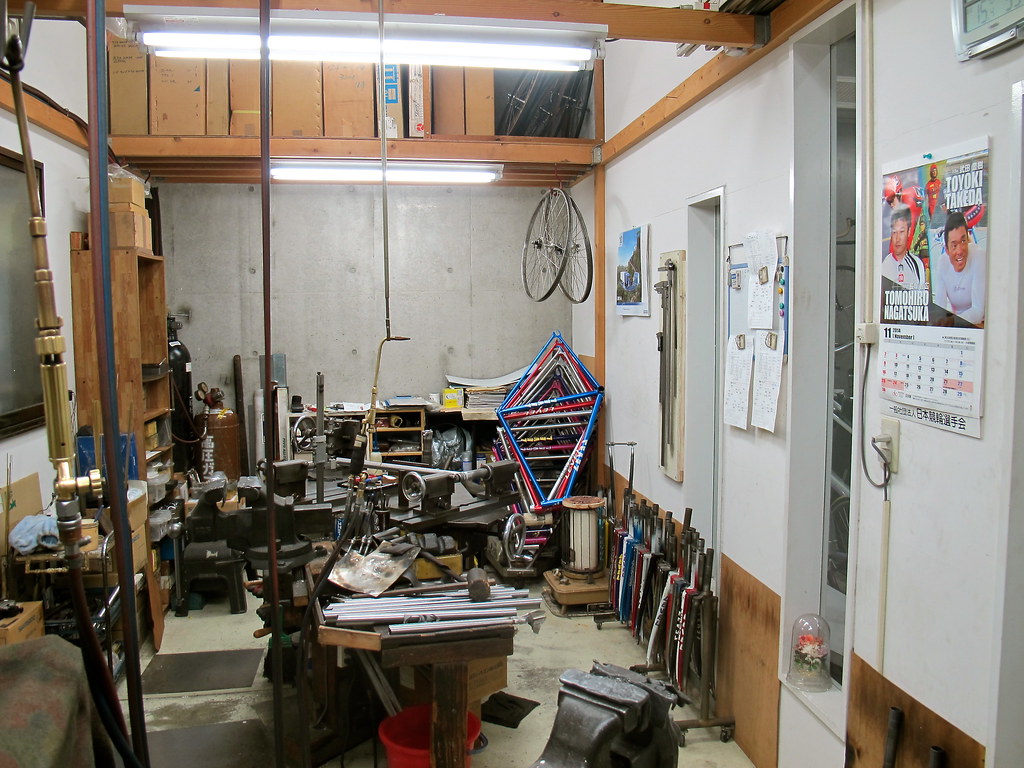 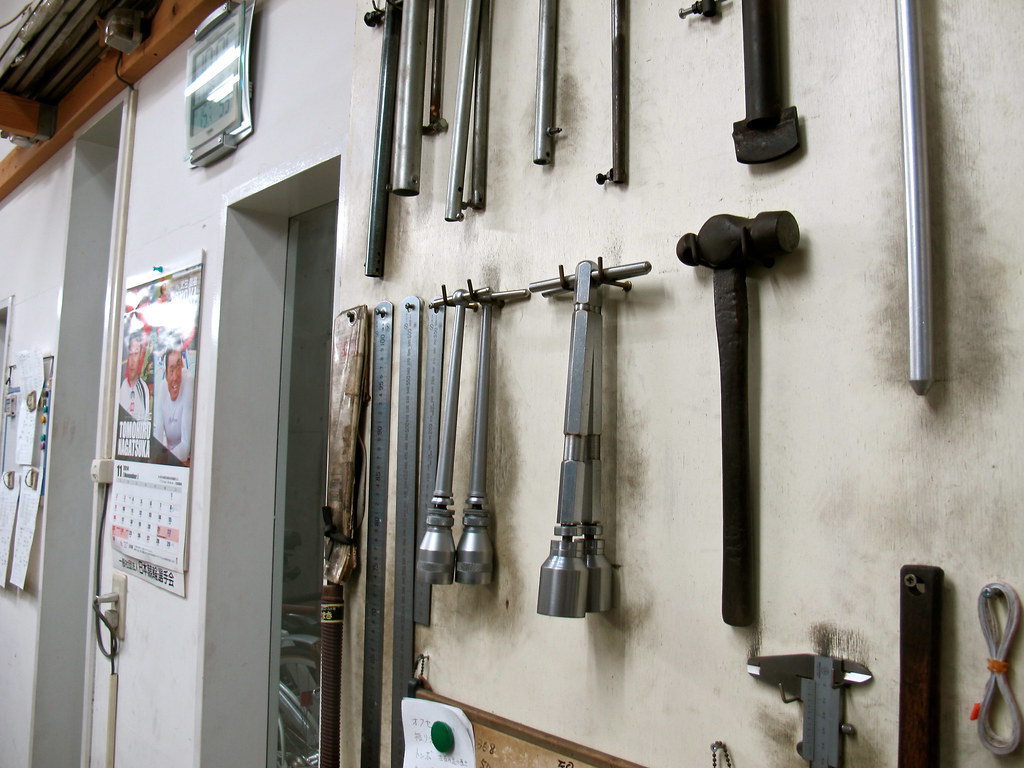 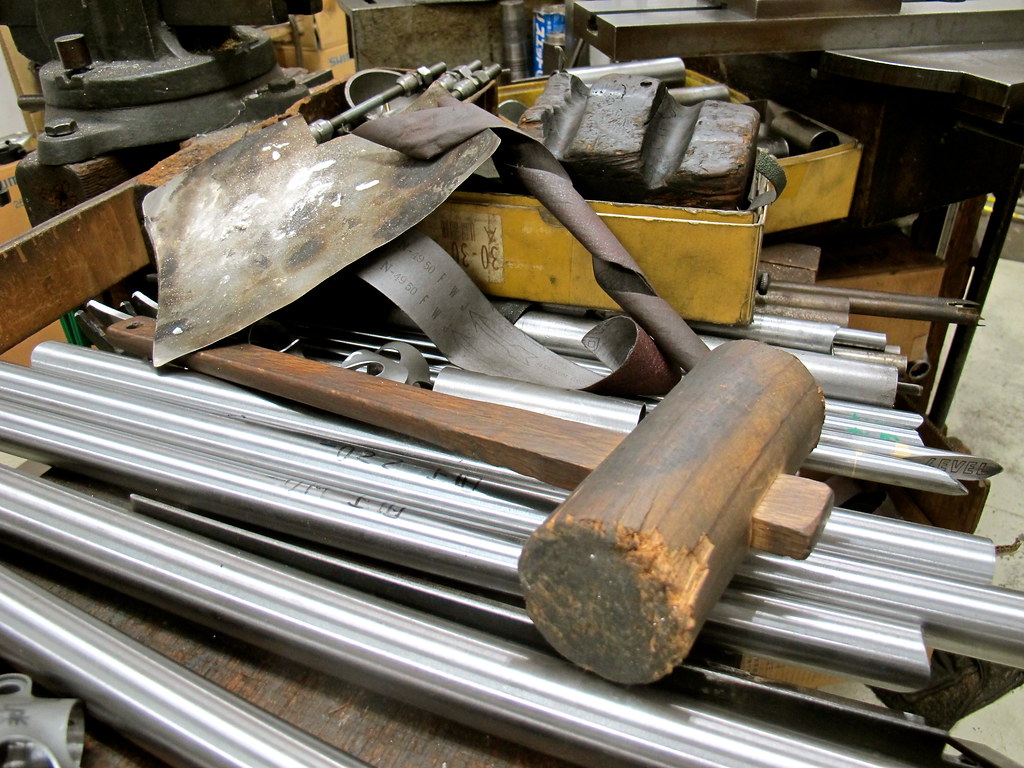 We found this hammer to be particularly striking (zing!) as it is not a style in use in the United States. 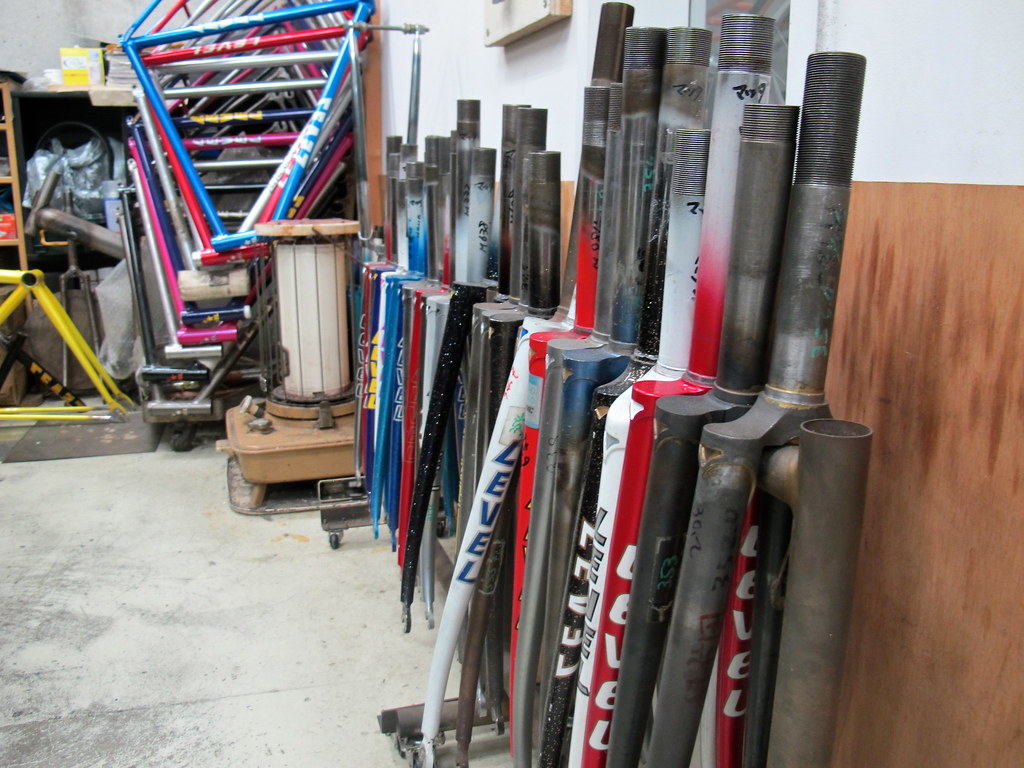 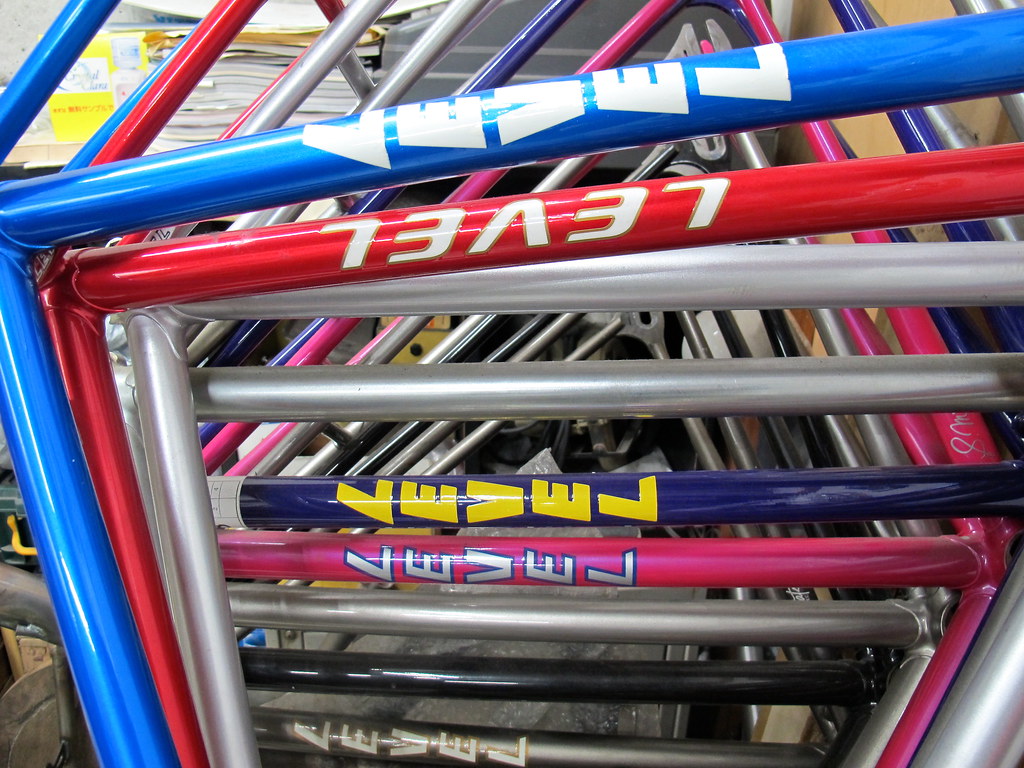 The stuff track dreams are made of... 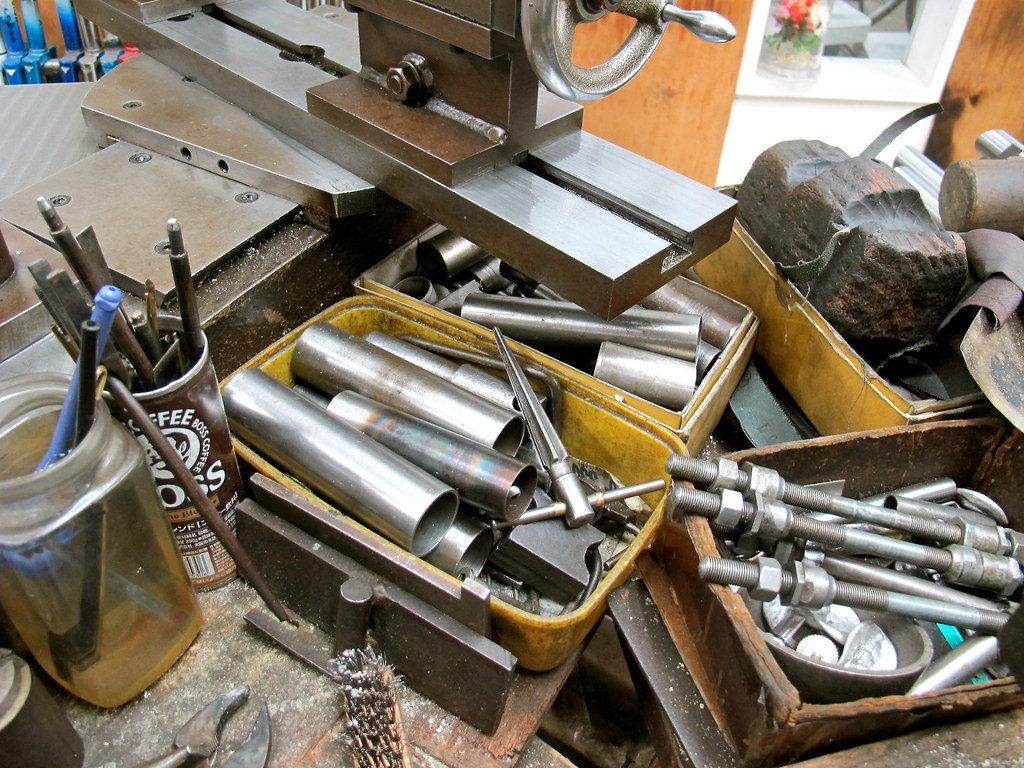 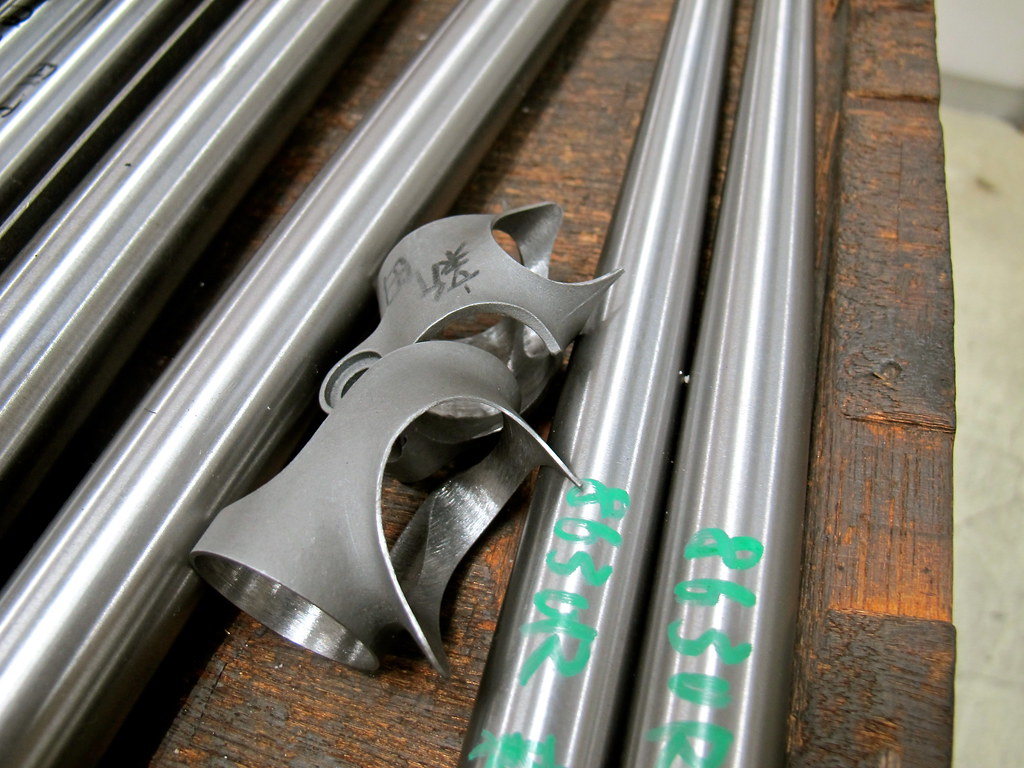 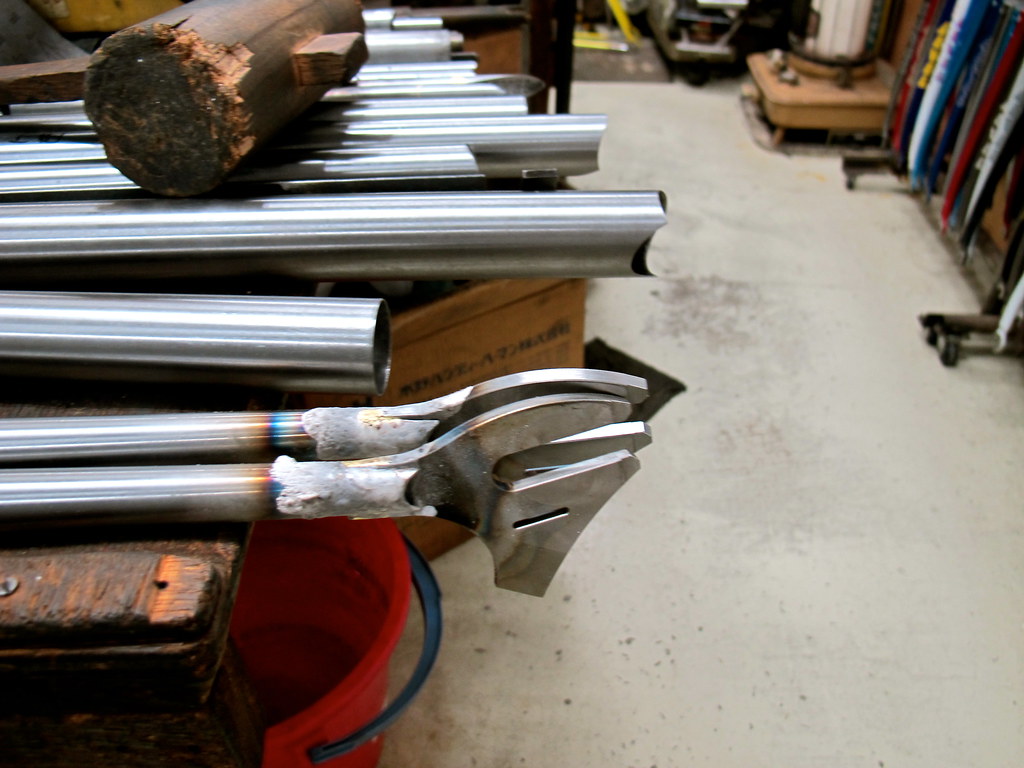 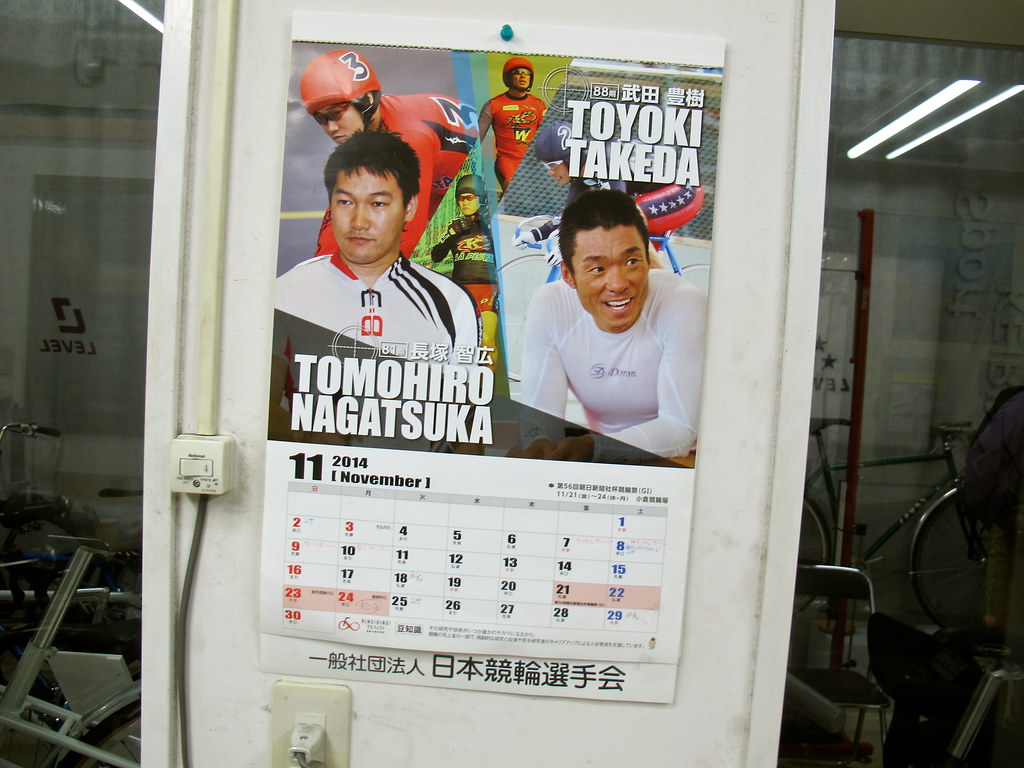 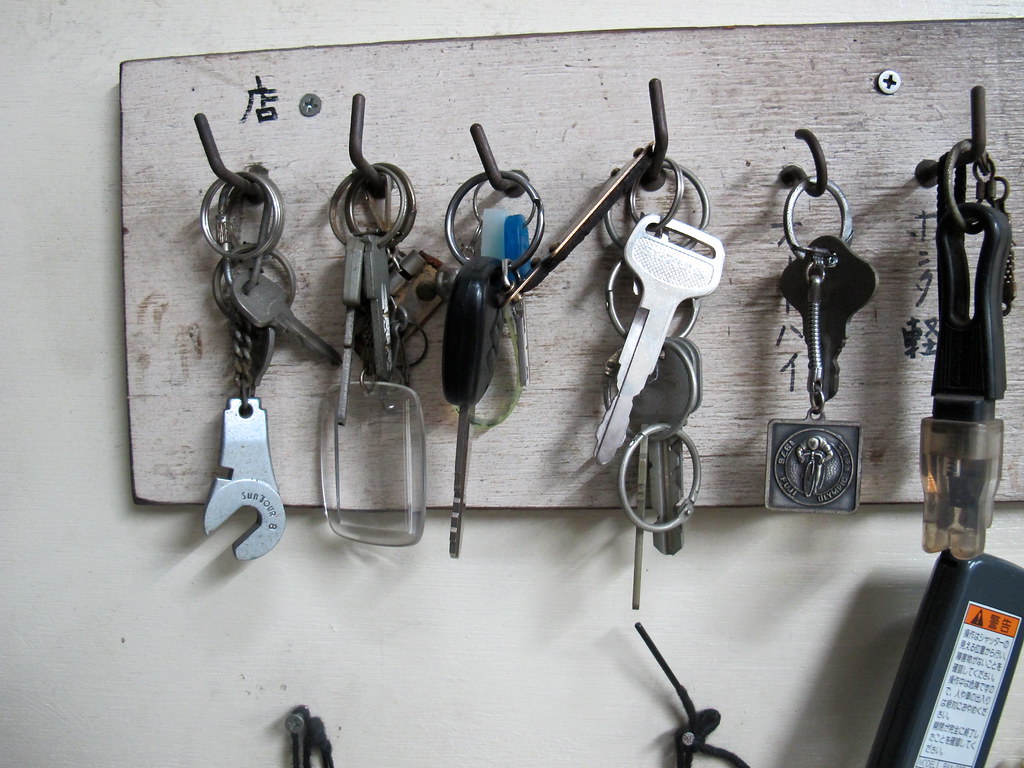 Love this  fork end key chain, if we were in Italy it'd be "Campagnolo" but here Suntour. 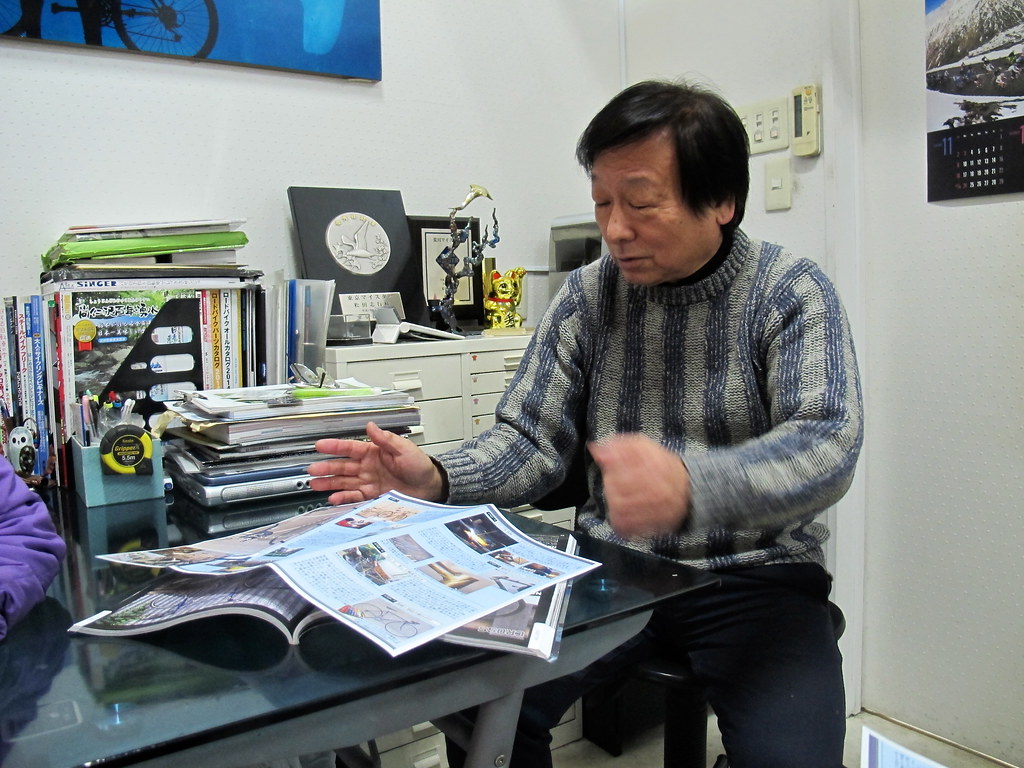 Matsuda-san kept saying that he couldn't understand why some Westerners were interested in meeting or taking pictures of his workspace, not believing what he does to be all that special. He mentioned several times that we was still learning all the time and even now, after 30 years, only felt he got a frame "right" around 1/4 of the time. 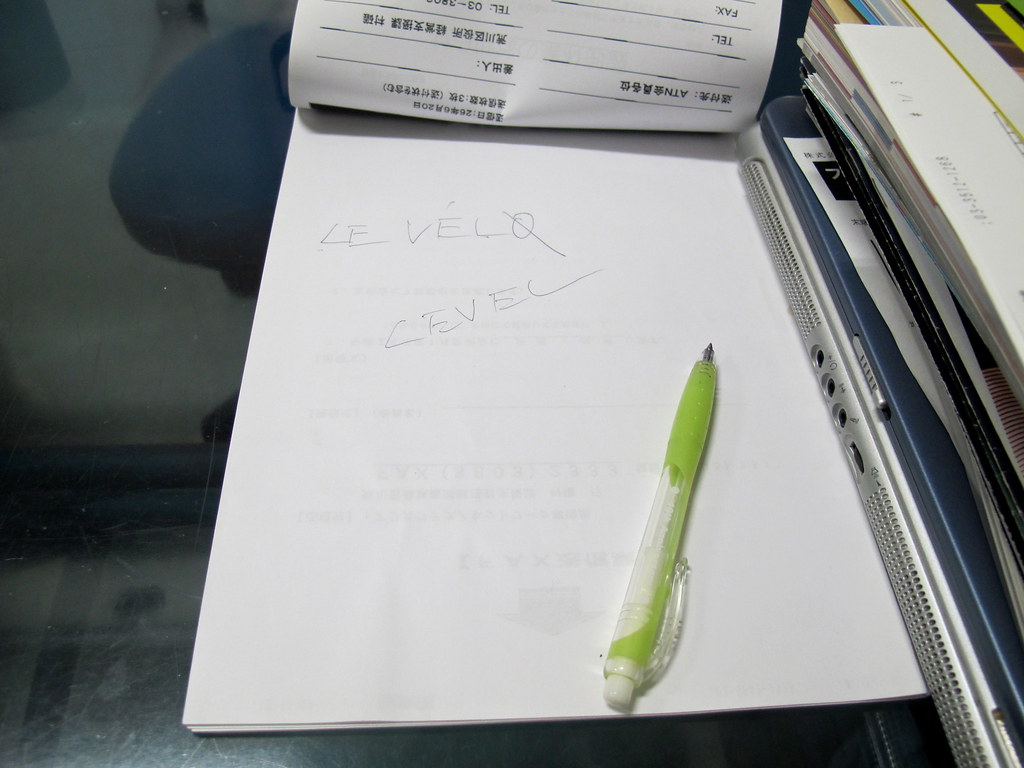 We asked about the origin of the company name and the story he gave was that in the 80's when he started out, Japanese cycling was very influenced by the French. The word for the bicycle in French being "Le Velo." Dropping the "o" from Le Velo gave him the name for his new startup: Level. 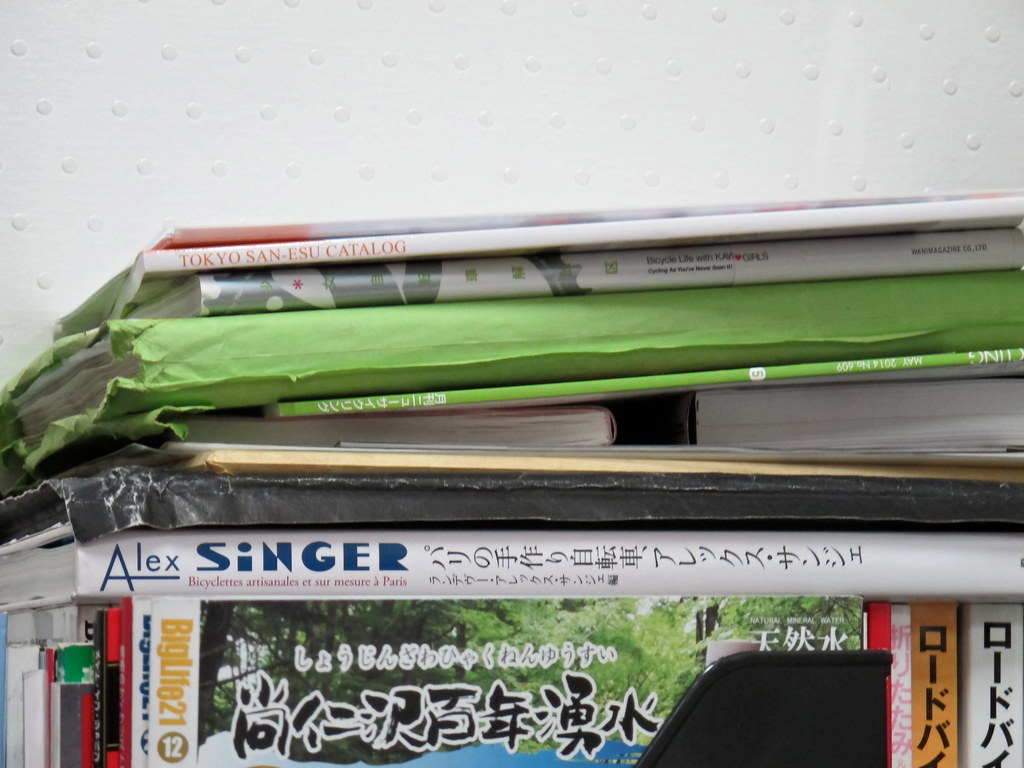 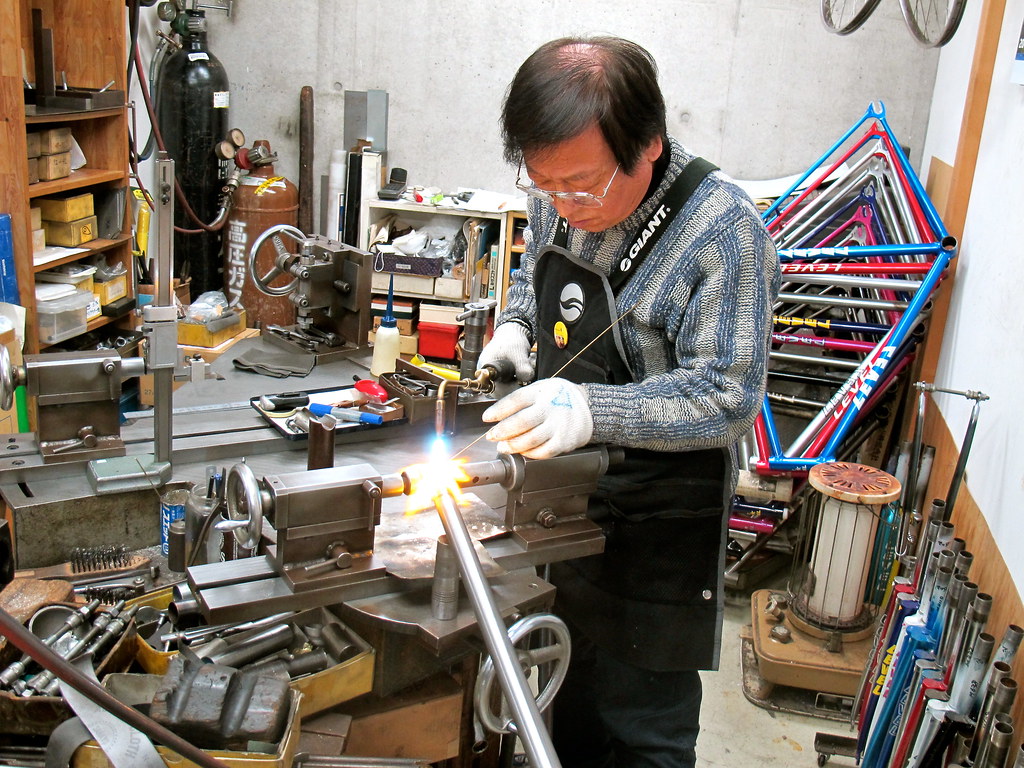 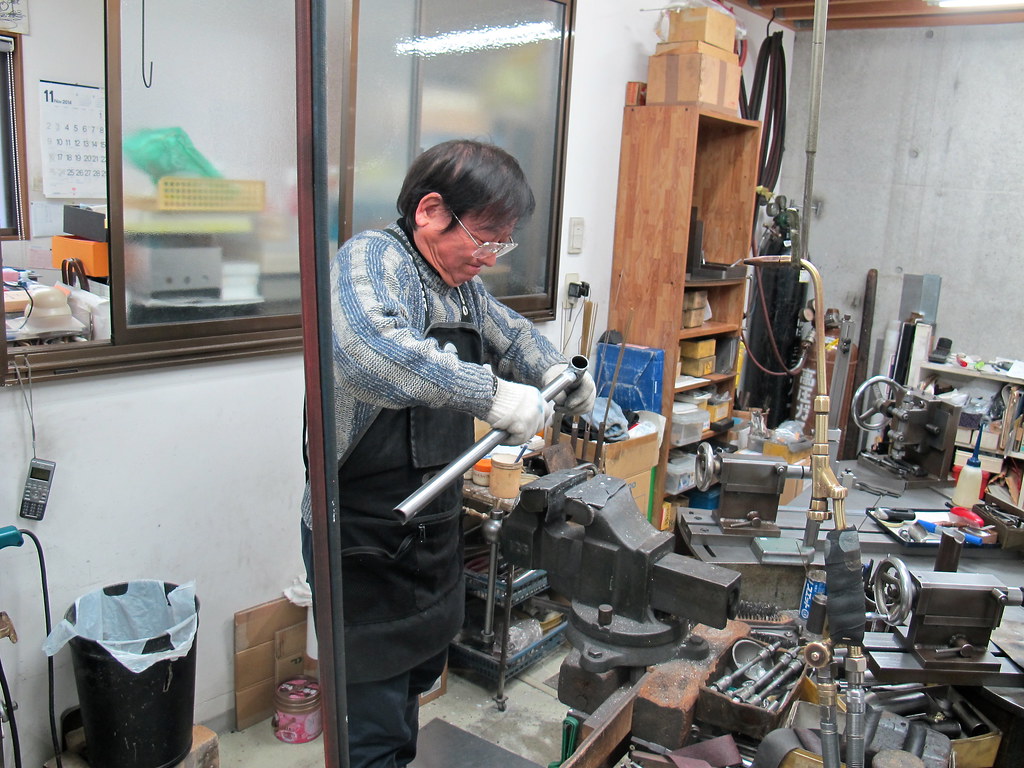 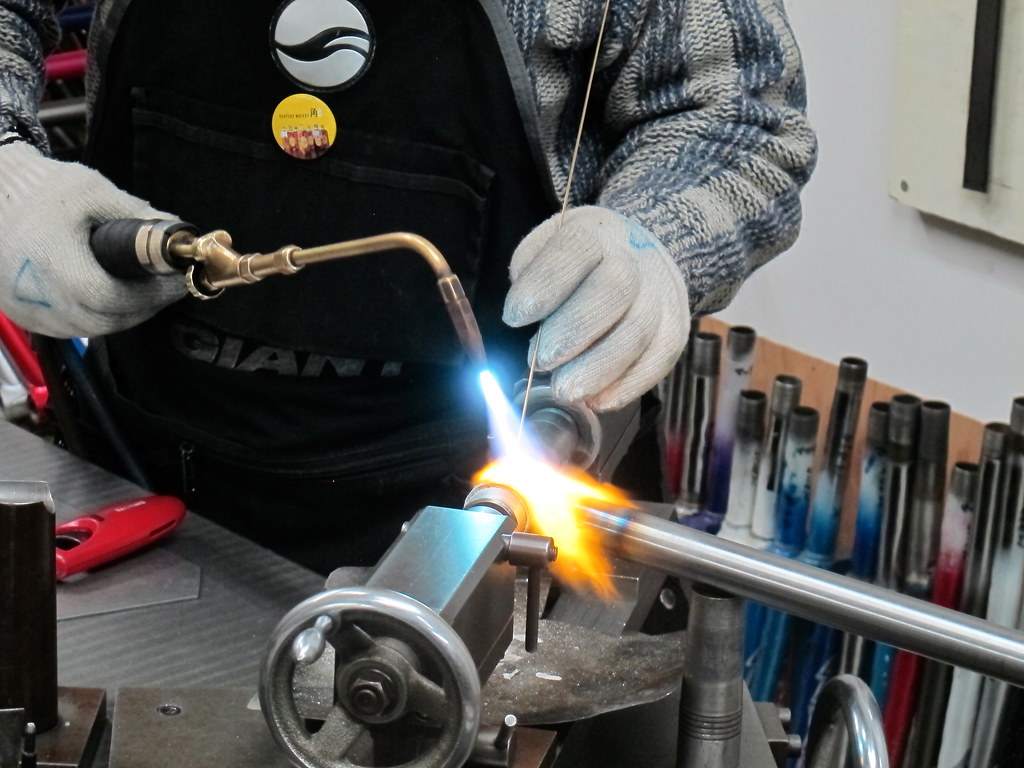 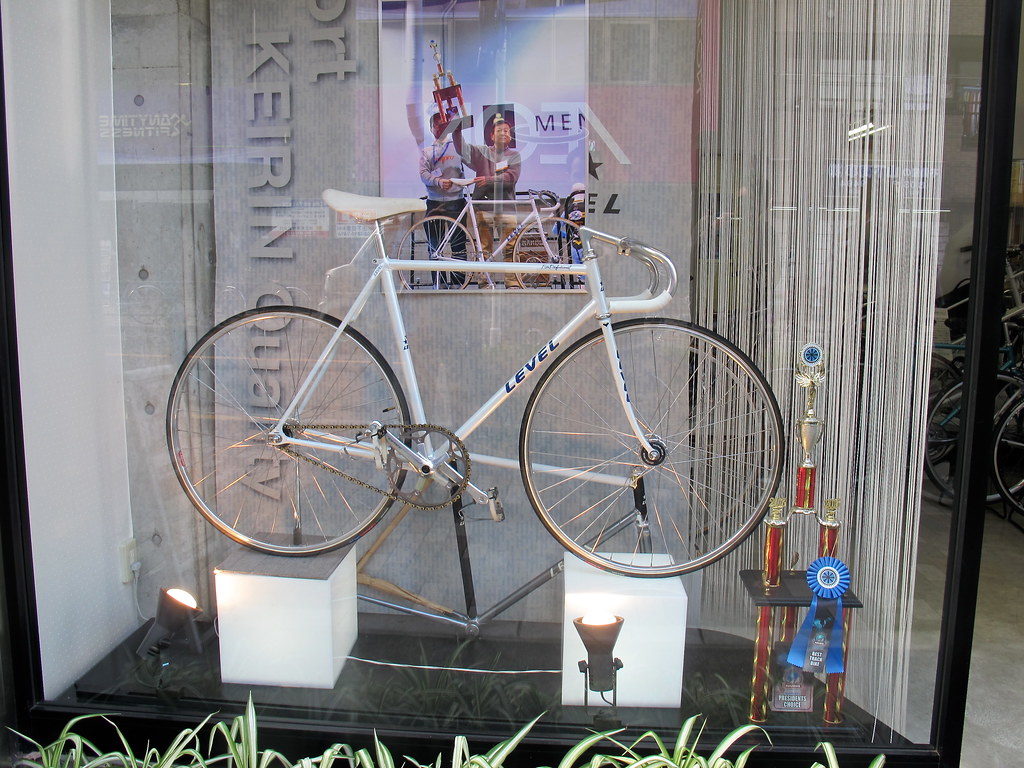 One of his finest works, with the Nahbs award for best track bike out front of the space.

It was an amazing experience and not something that will soon be forgotten. A man in his element, with undeniable skill, and years spent in it's service.

That is so awesome. This is the first time I have heard of this brand but after reading this, I can see that I was missing out. Very jealous you got to see him in his element and at work.

truly amazing! looks like a Level bike is gonna be a my dream bike someday.