So I have a Special Guy.  His name’s Alan.  He’s tall.  He likes fancy things.  Races bikes.  Is a killer mechanic.  I think he’s pretty rad.  We talk about, play with, and ride bikes all the time.

I asked him which All-City cross frameset he wanted… thinking that we have all of this really cool new disc product coming out and he hadn’t had a new bike in a few years.  Also, I like giving presents.

Out of our whole line up with all of the complicated and cool stuff I've been designing lately, Alan chose a Nature Boy with cantilever brake mounts.

What can I say?  The man knows what he likes.  And the frameset is purple which, while not pink, is a close second for Alan’s favorite color.

He had been curating parts from our part hoards for weeks, turns out.  Within hours of it entering the front door, it was built and fantastic.  It attracted all of the attention at Powderhorn 24 this weekend. 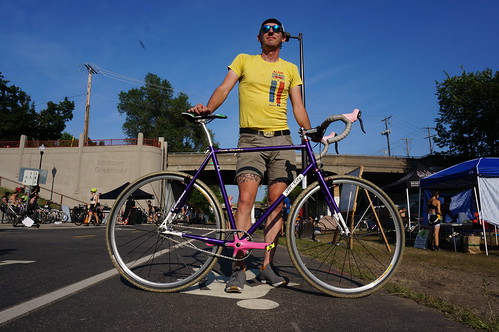 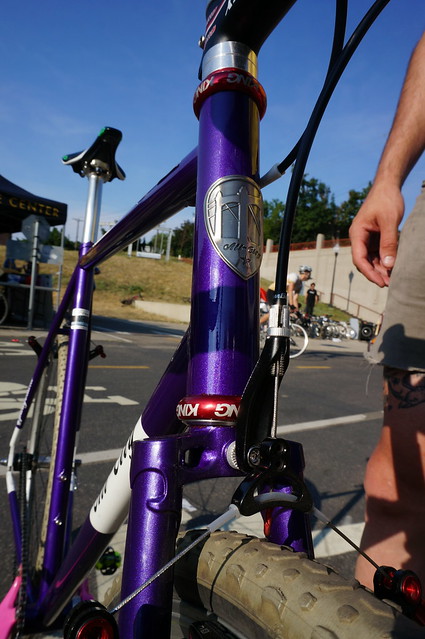 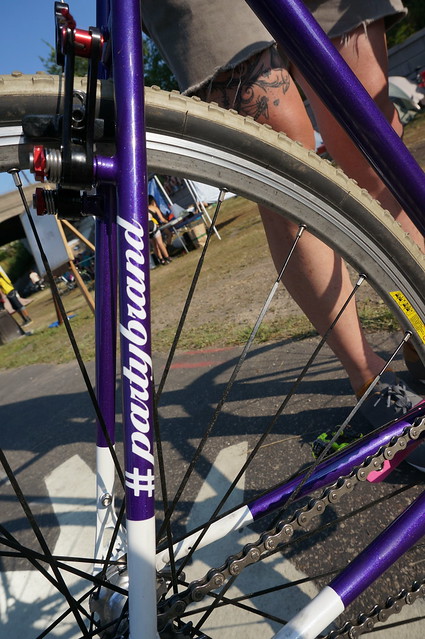 Alan's been saving this sticker for a very special build. 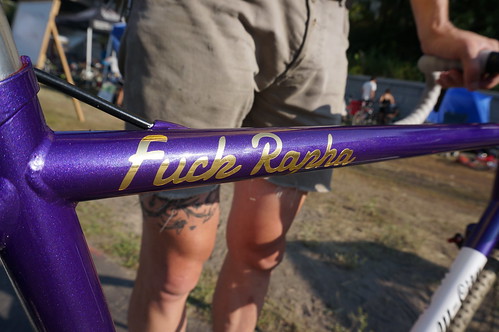 A single white tube top.  A top tube sticker to encourage him to race faster. 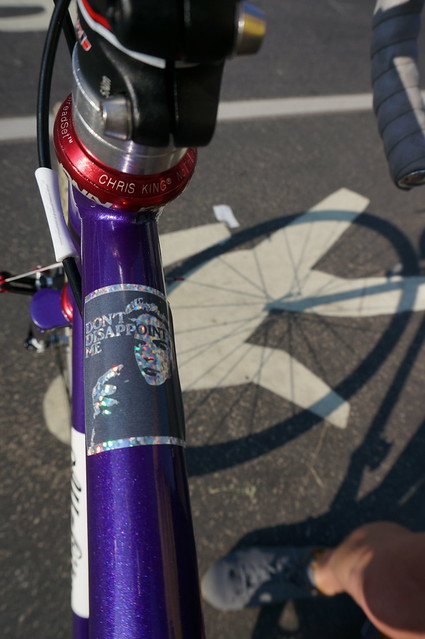 This Force crank was off of another bike of his (with pink hoods to accent)... one I had made for him for Valentine's Day years ago.  The first bike I gave him.  I think it's sweet that it made it onto this build. 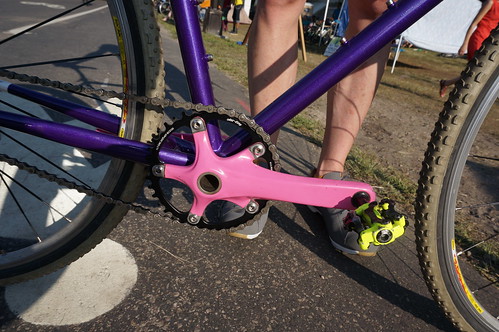 Have a blurry photo of that build. 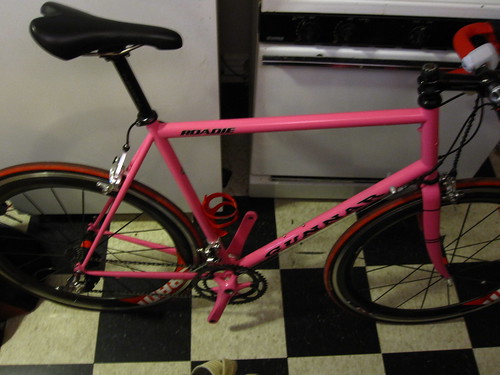 DUDE!!!! So good! I’m stoked that all of those stickers made it on there!!!! We will have to ride our purple nature men together sometime!

What kind of paint did you use for the cranks? The whole thing (story, bikes, etc.) are rad, but those cranks!