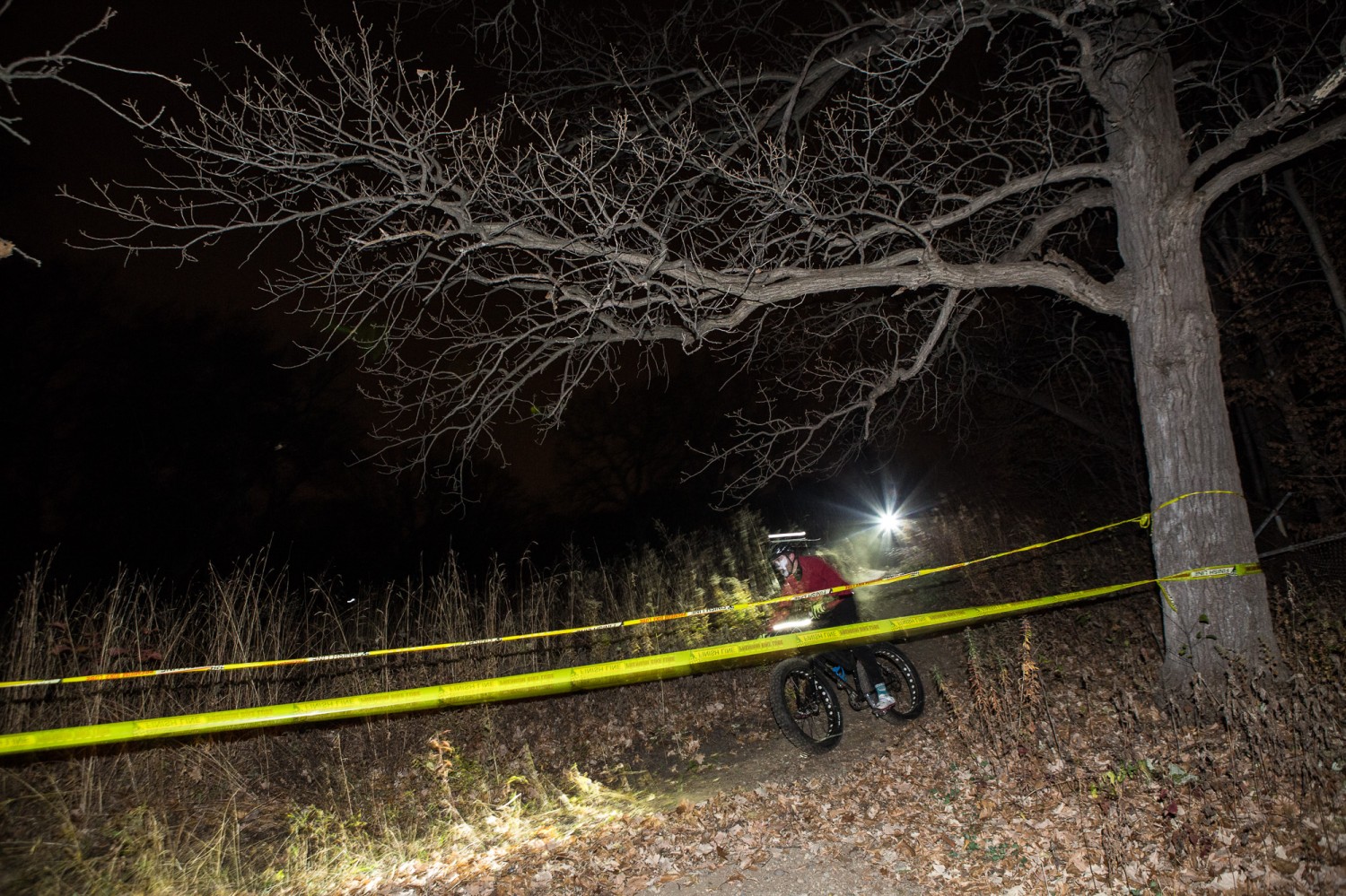 Last night was the Second Annual All Hallows Night Cross.  Last year had been rainy and cold.  I think nearly everyone crashed on the way to the course.  Megaphones and jerky hand-ups.  All kinds of dumb costumes.  Oof.

I was actually a little wincy riding to the trailhead at the Mississippi River last night. The previous year had been… ambitious.  These events can escalate year to year.  It was a school night.  I have some stressful design projects and I definitely needed some sleep.

But Sam had been posting teaser video of the course in the days before.  Daylight teaser video.  The course was gnarly and loose.  And it was an excuse to take my neglected Macho Man Disc prototype out for a spin and hang out in the woods with some people I haven’t seen in a minute.

Marty, A Real Photographer, met us out there to take some pictures.  Enjoy. 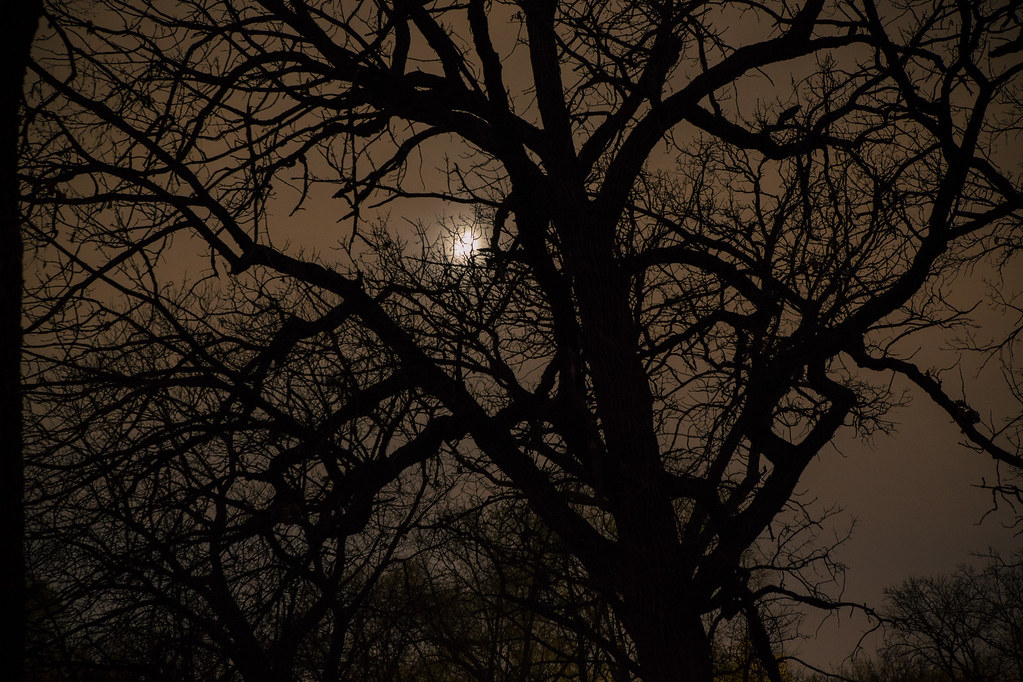 Night Cross, so you know, isn't Bandit Cross... though they are both unsanctioned cyclocross.  Also, it's organized by an especially unsavory group of people.

This particular course was on the river.  The spectator spot was in a grassy clearing on a hill... from which you could basically see racers' lights throughout the wooded portion of the course. 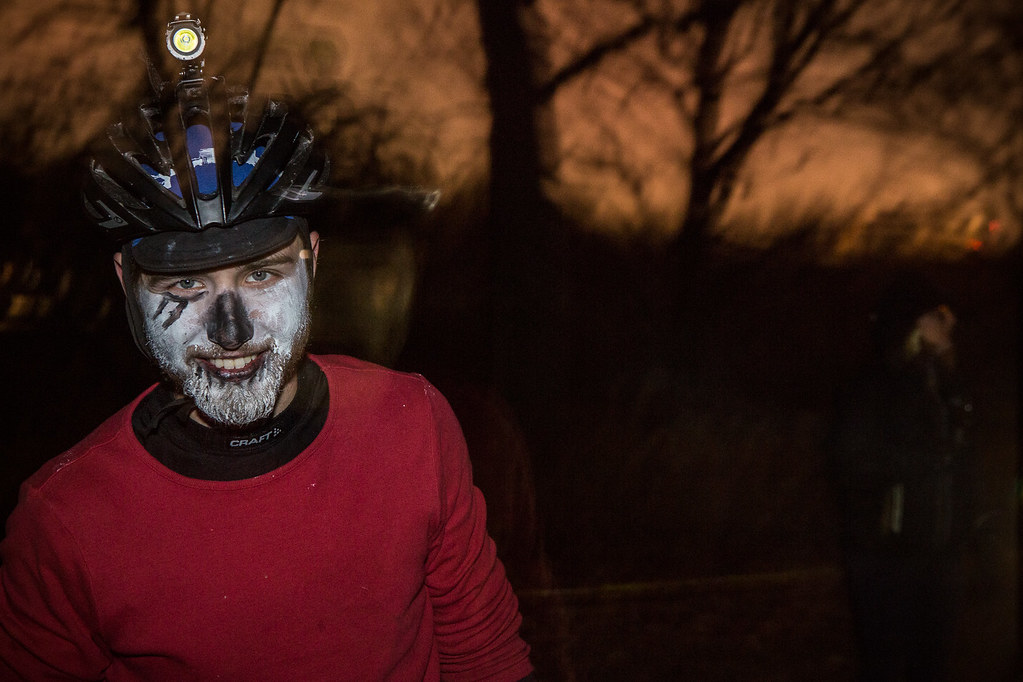 Morgan and Max... dressed as George and Martha Washington. 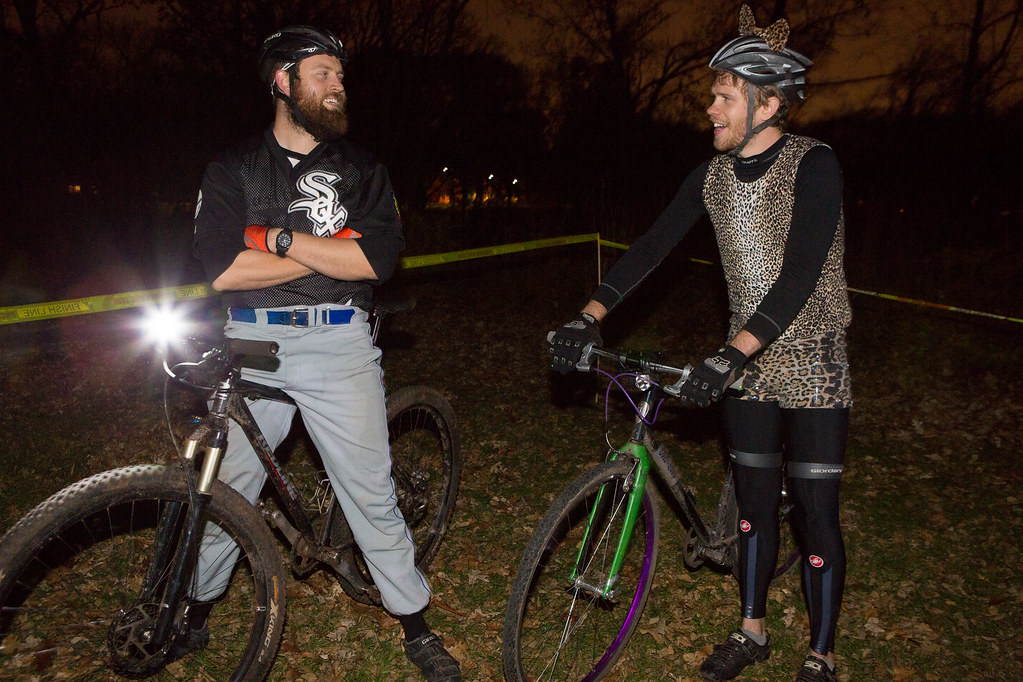 Sarah, future 2015 season track star, coming up on the corner on the practice lap. 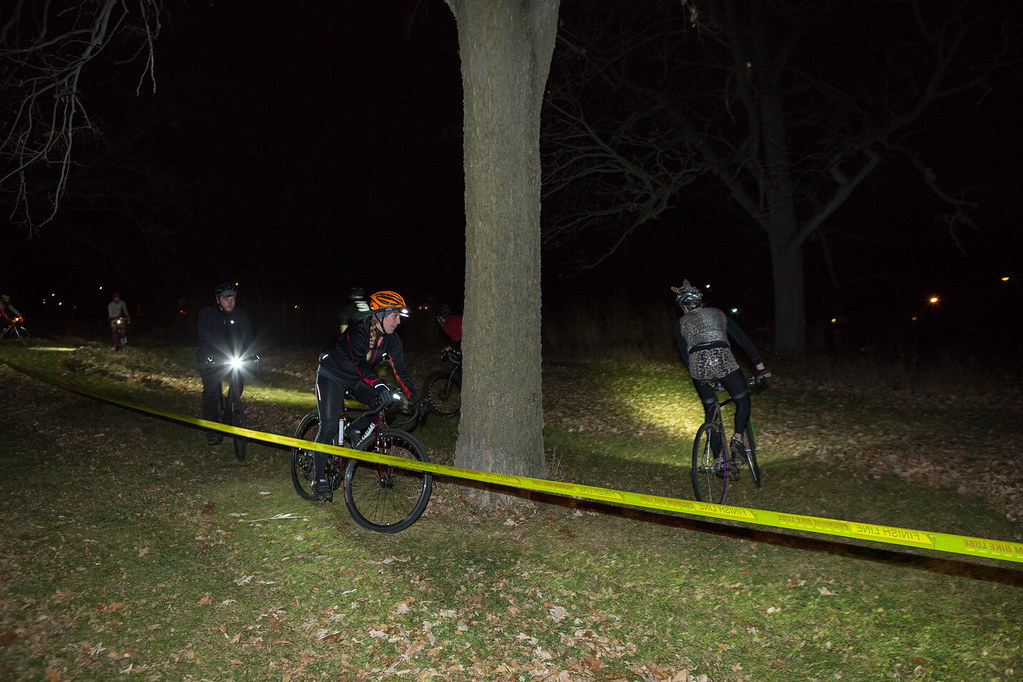 Milling around before race start. 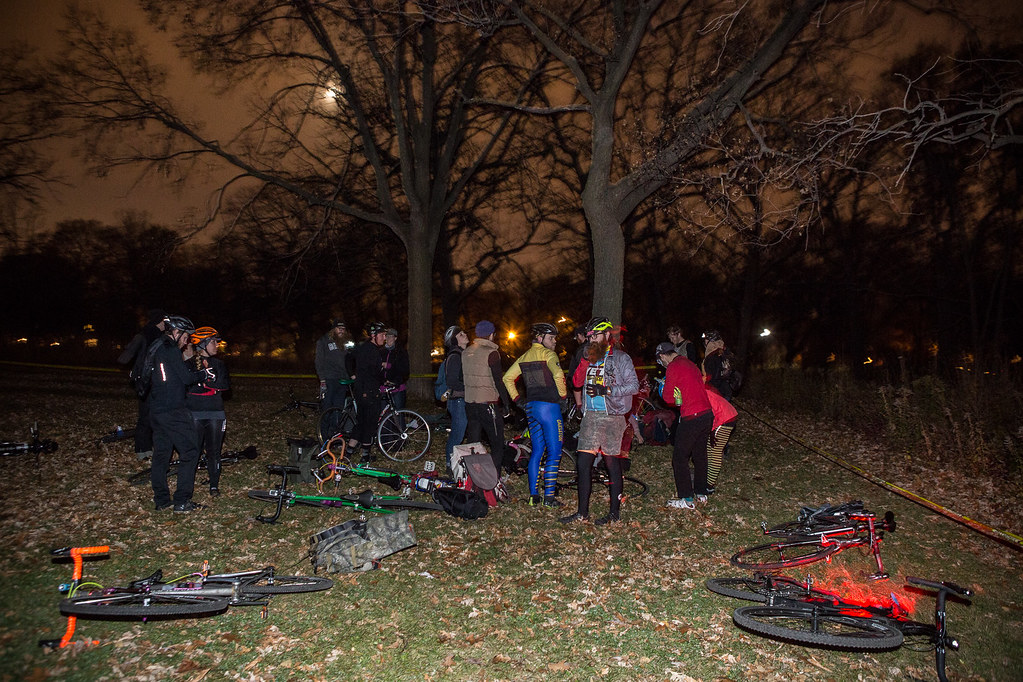 Sam and Hanah with her fresh new cross bike... with which she will be completely unstoppable.  Girl's strength to weight ratio is outta control. 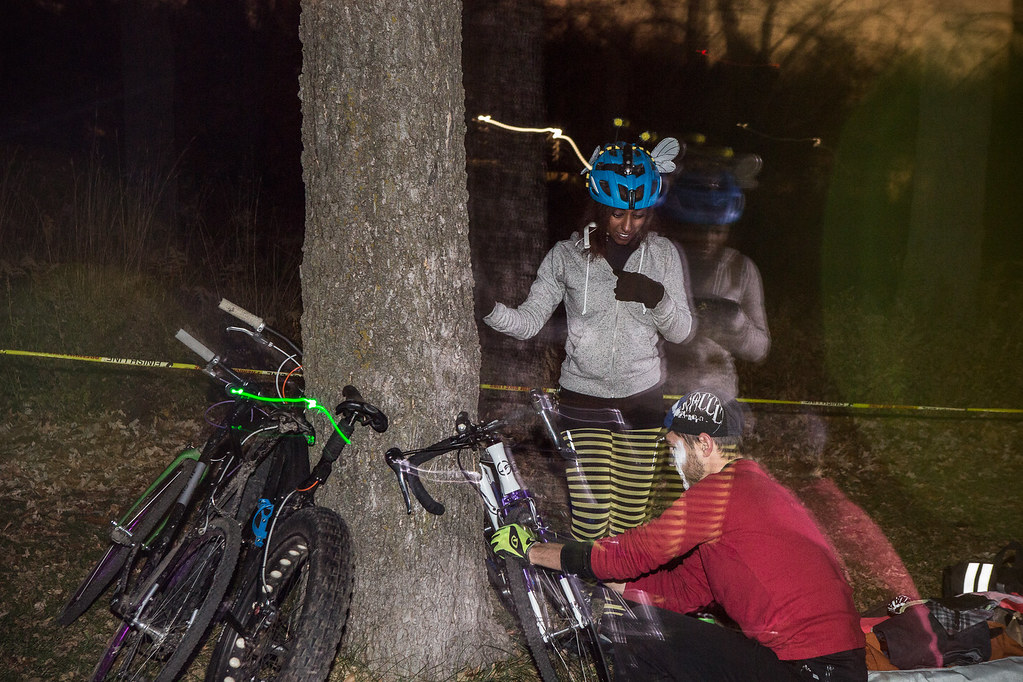 AND THE RACE WAS OFF. 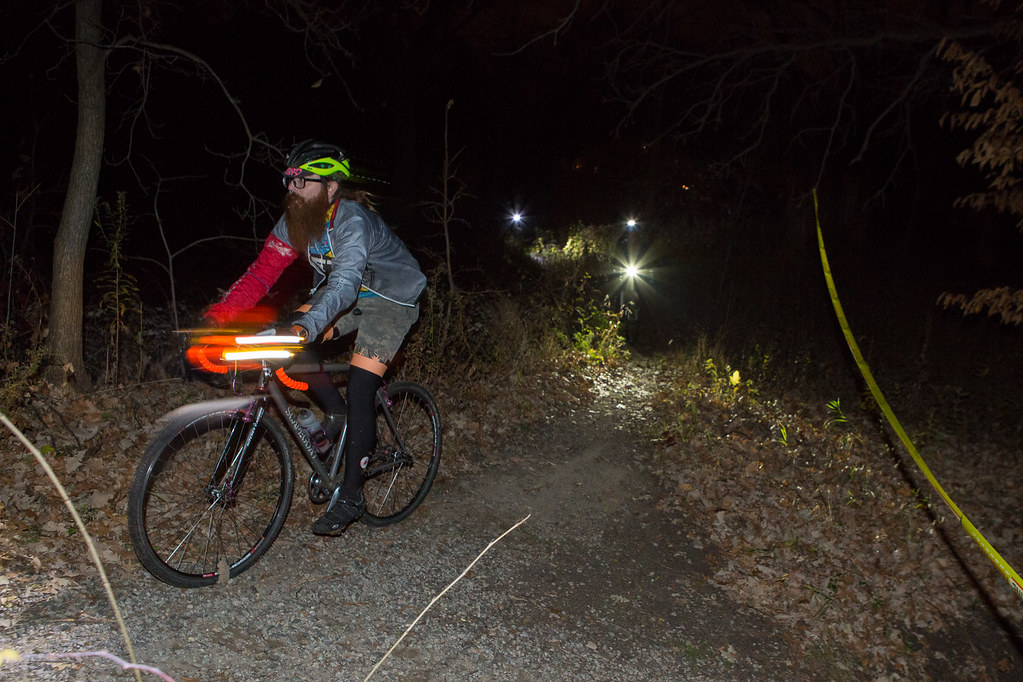 As I can't see anything at night (too many concussions) I did not participate in the race.  The loose gravel downhill sections almost did me in on the way to the clearing. 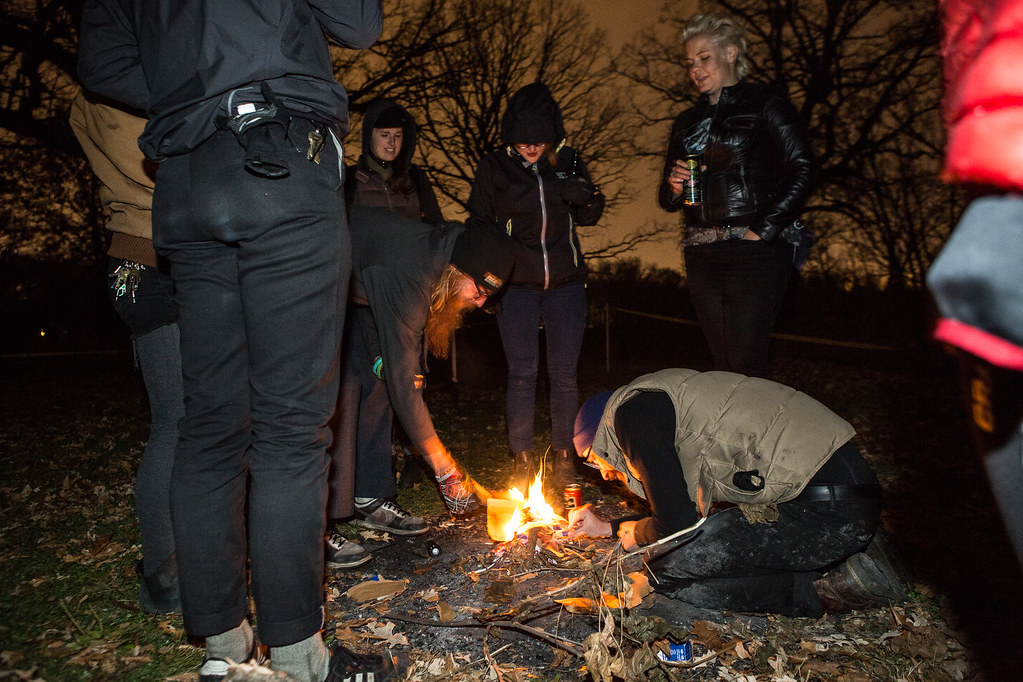 Emerging from the darkness. 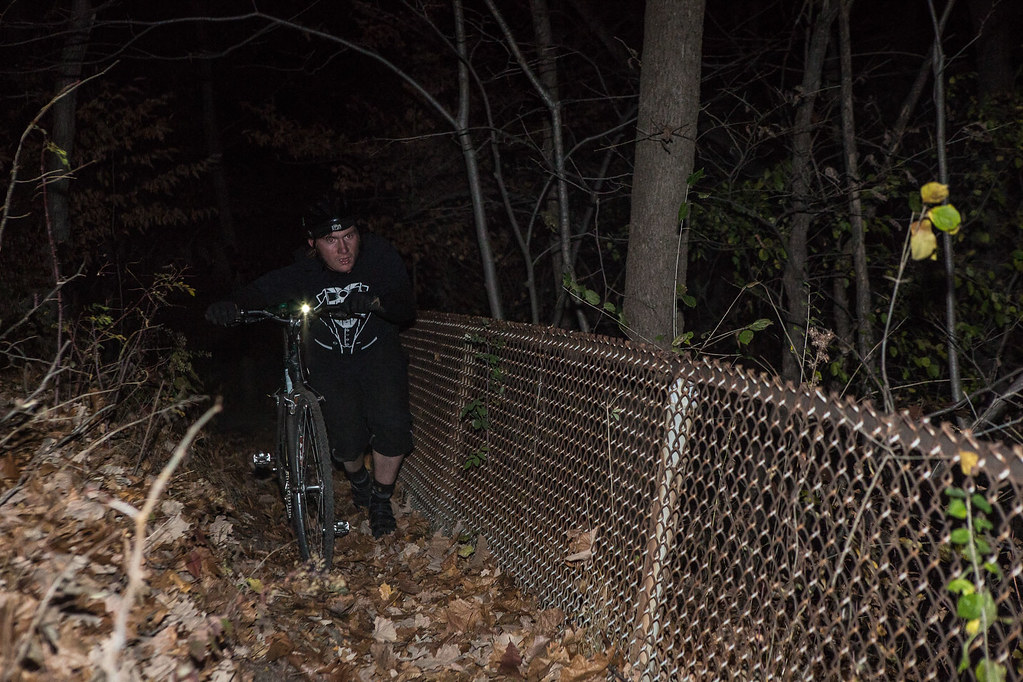 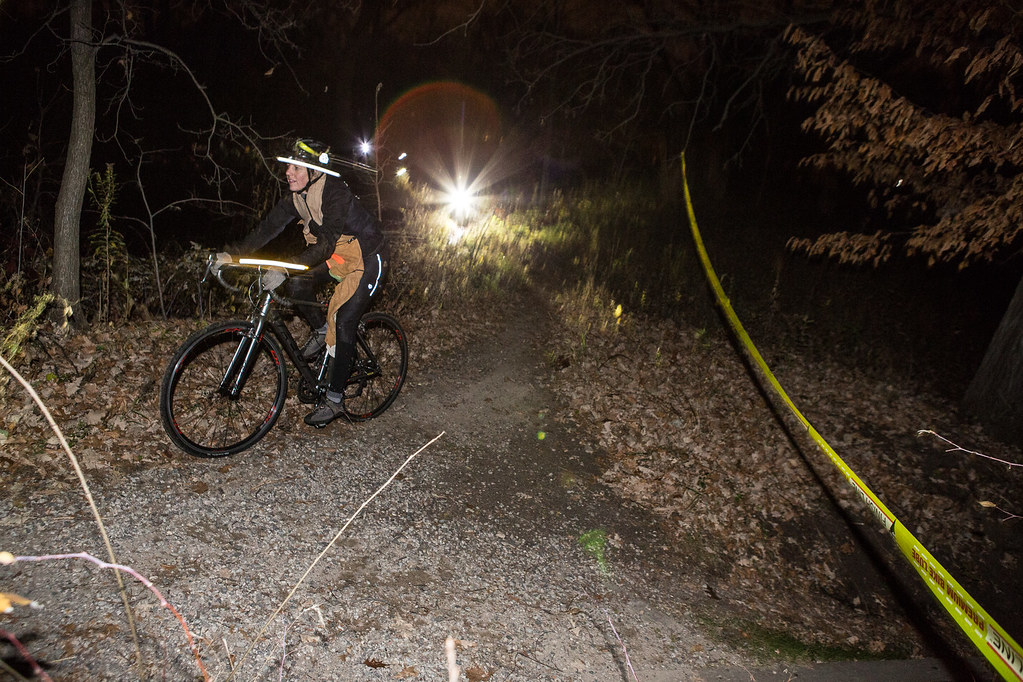 The fire gradually coaxed riders out of the actual race until only a handful remained.  Everyone sadly agreed that it was their first "Fire for Warmth" fire of the season.  So cozy.  So bittersweet. 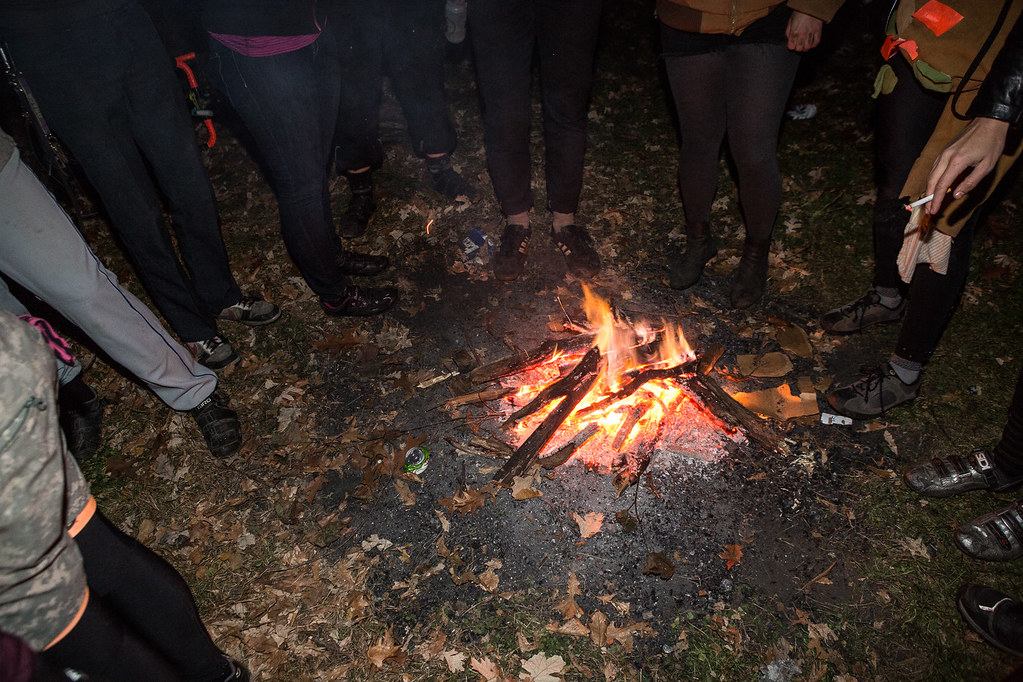 David Smith as a She Devil. 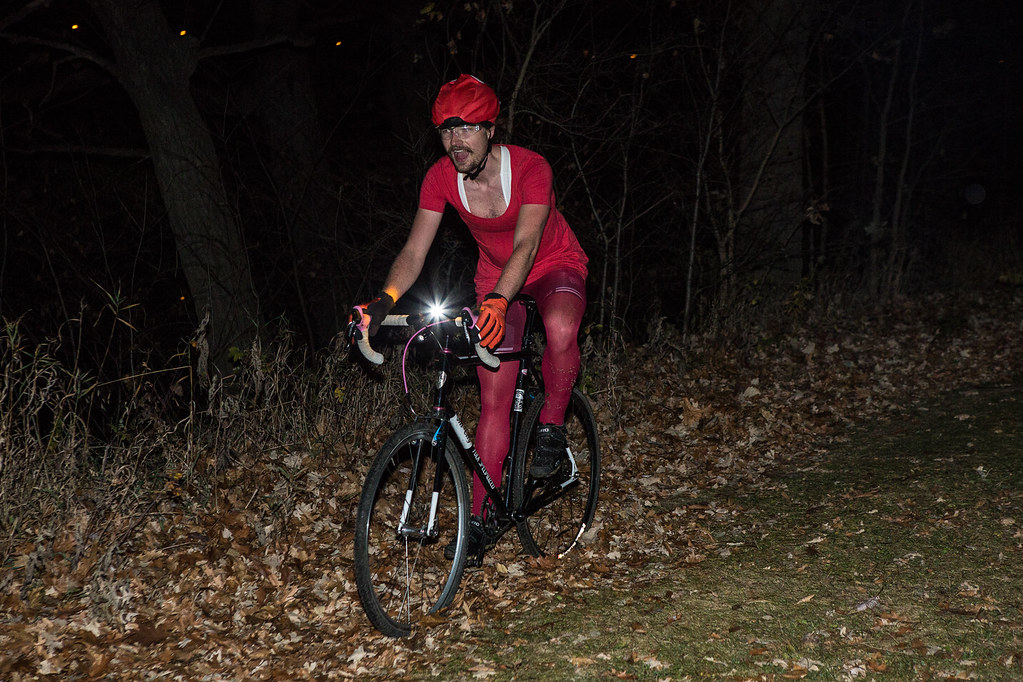 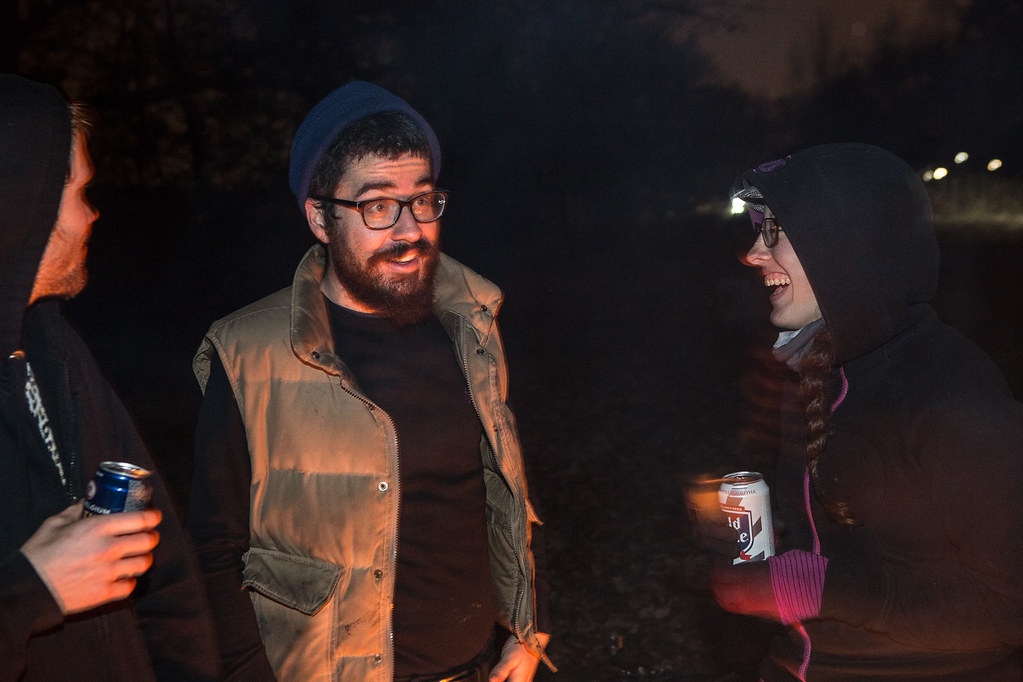 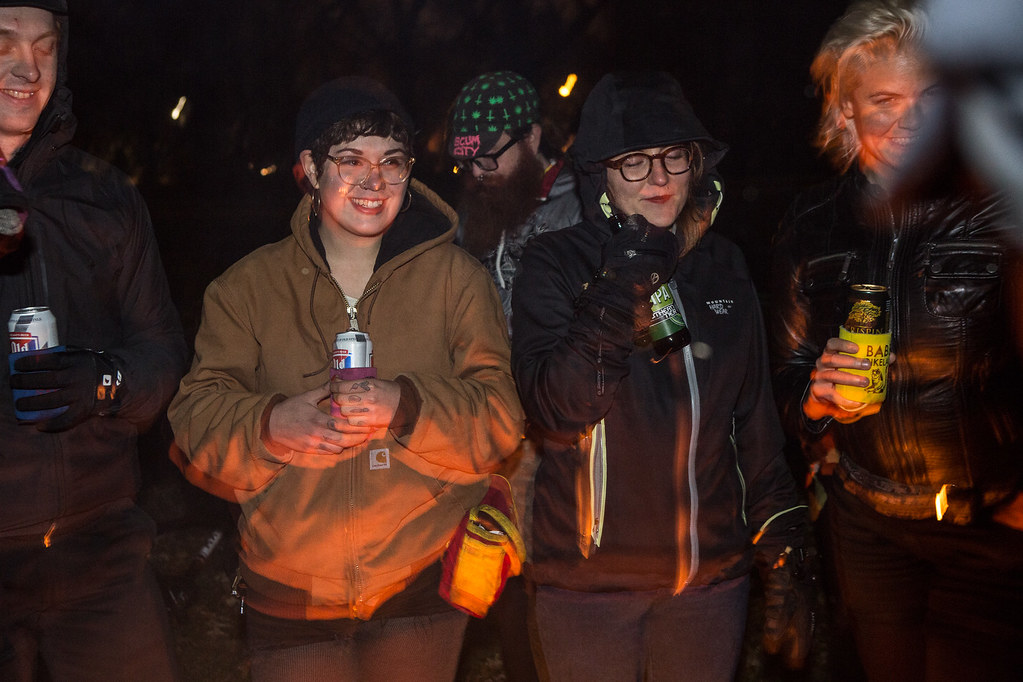 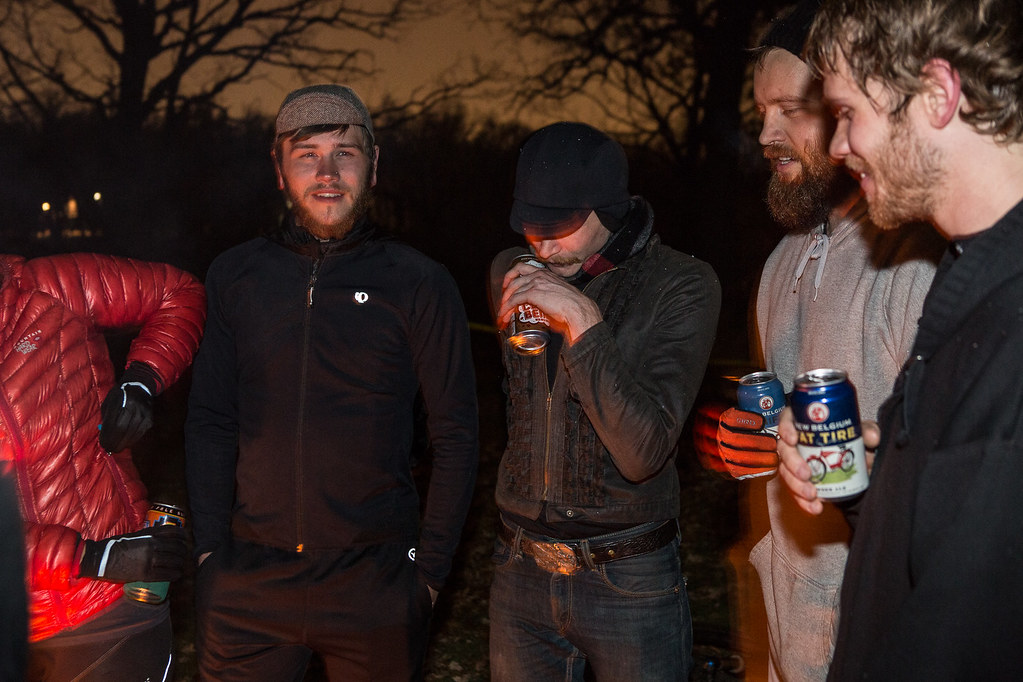 It was fantastic.  I hope the Night Cross elves get their stuff in line to throw a bunch more of these. 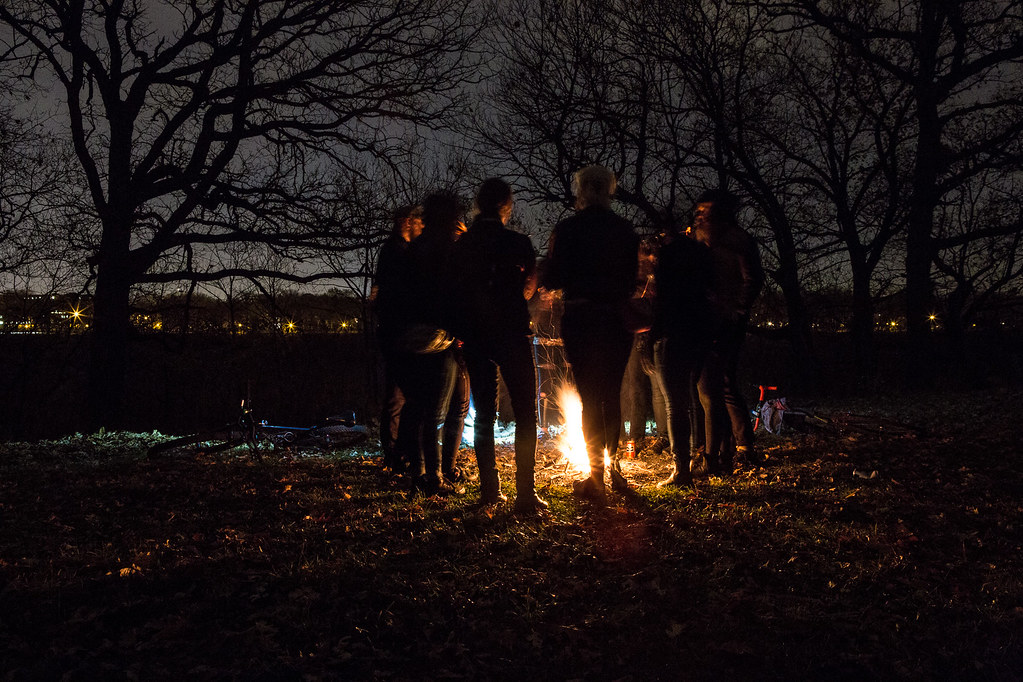