Unable to participate myself on account of concussions being stupid, I went up with All-City Rider and Bad Food-Themed Tattoo Aficionado, Erin Young to take some pictures of State Championship Match Sprints last night. 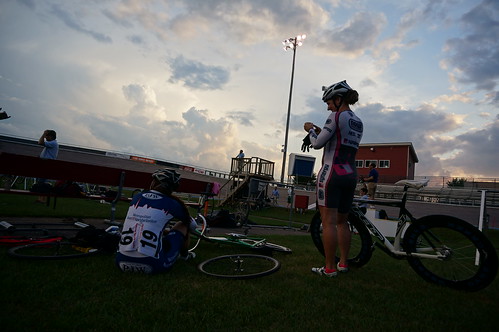 Honestly, I was sure the event would be rained out.  I was looking forward to hanging out with “Beautiful Bob” Williams in the press box for an hour or so, checking in with the ladies from Koochella, then heading back to town. 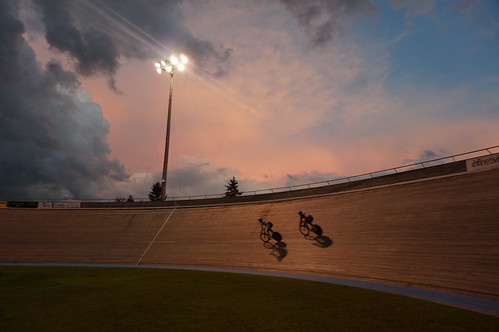 But the rain stopped, the track dried, and we were treated to some stunning skies.  The weather was cool.  There was enough breeze to discourage mosquitos.  The racing was fantastic.  And the heckling by officials was on.point.

Easily one of the best nights I've had out there.

Beth staged for her flying 200m. 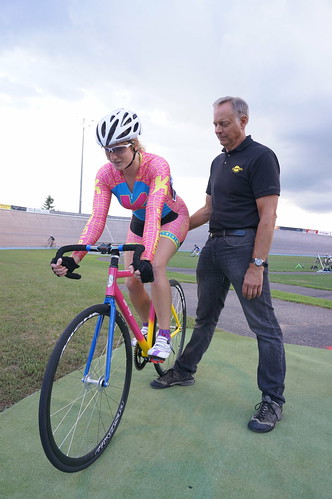 Linsey Hamilton:  if you've ever wondered what a shark would look like racing, look at Linsey.  Hot damn. 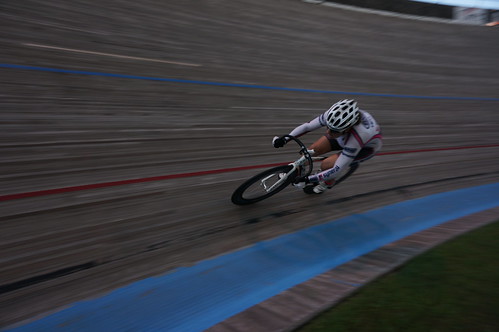 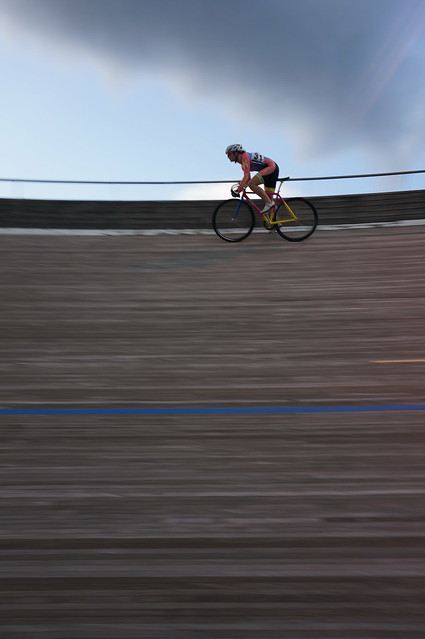 Seriously.  It was like watching bike racing in the middle of a Lisa Frank folder. 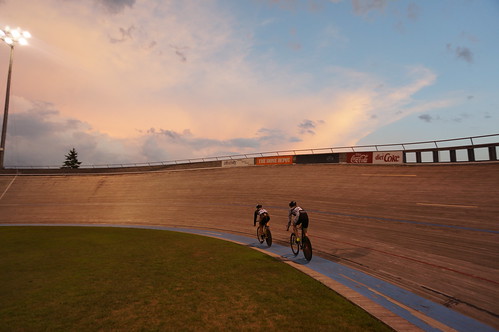 Erin's Thunderdome... with custom 10K gold Zubaz print decals on his Zipp Disc... to match his gold headset and chain.  Because: of course he does. 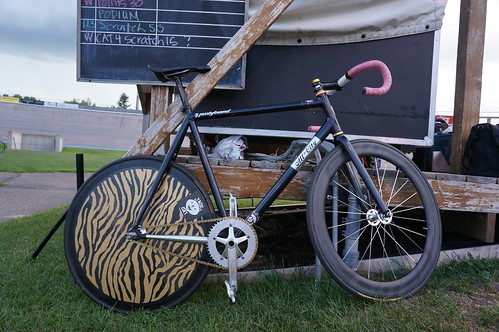 Beth trying to correct her track stand before her heat. 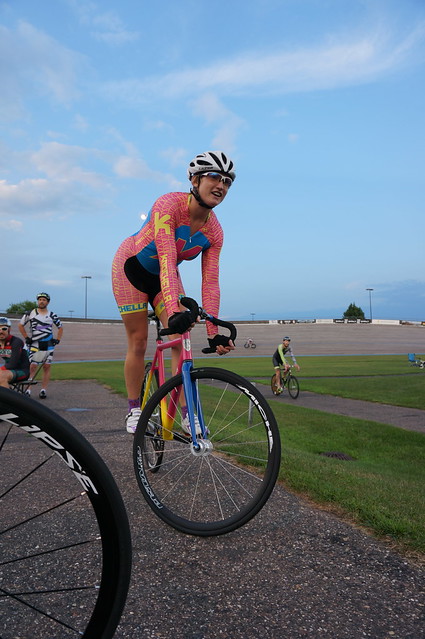 David Smith on his Thunderdome in the first spot. 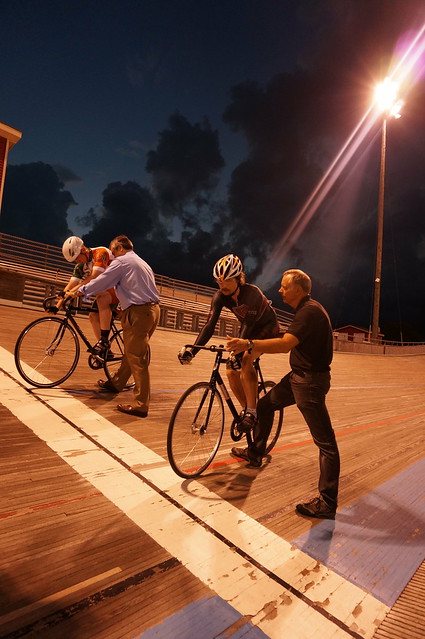 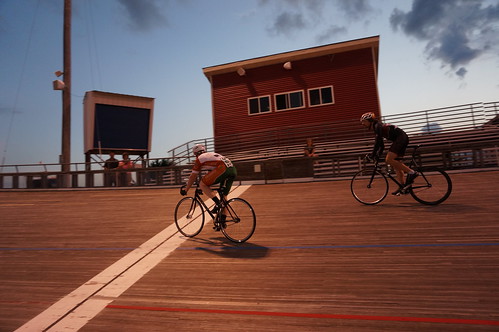 Margeaux and Linsey wait for their final. 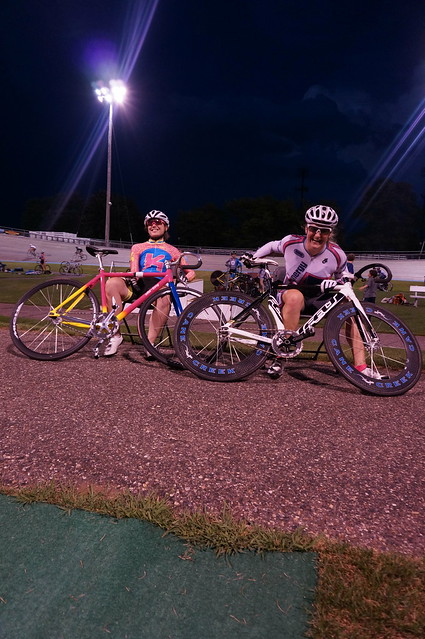 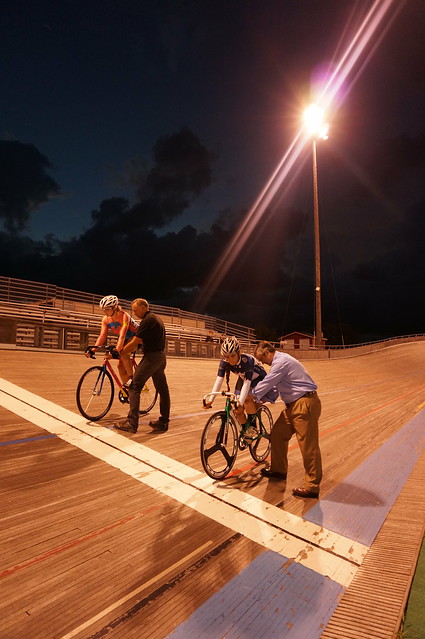 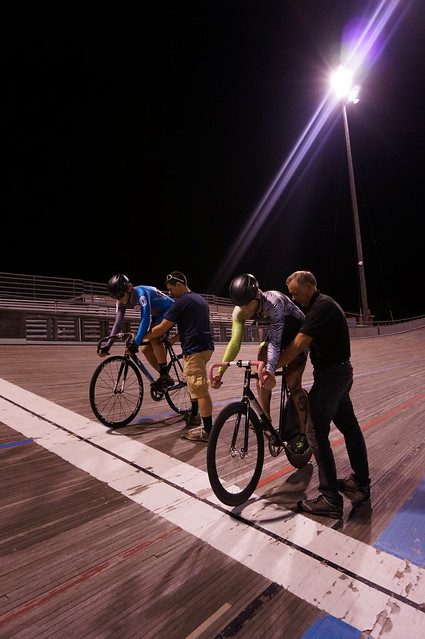 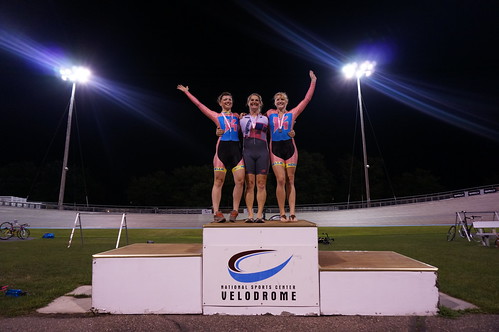 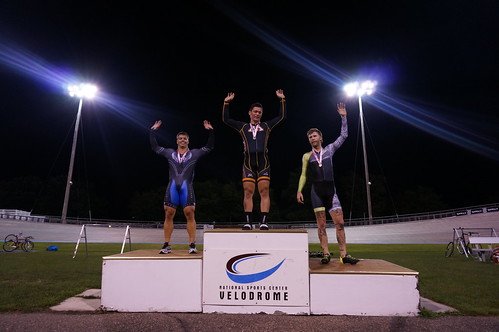 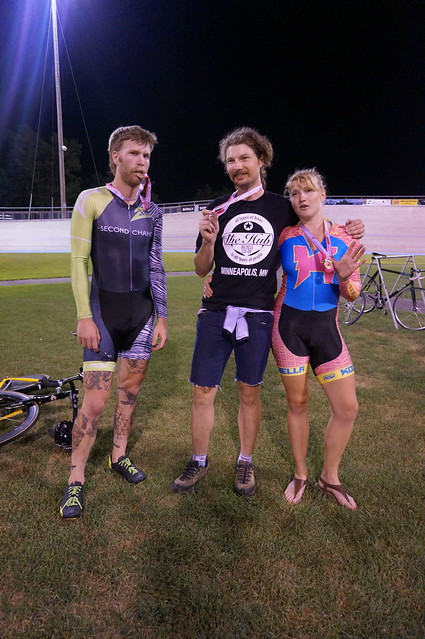 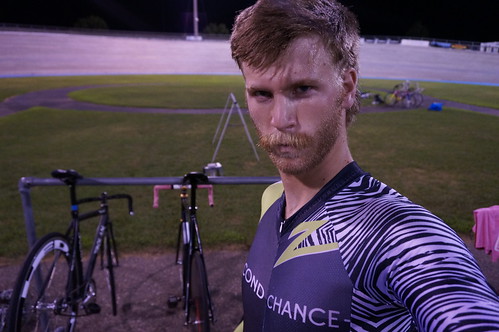