As many of you know some extremely inappropriate behavior happened at Cross Vegas this year. You'll forgive me if I don't rehash it or the internet backlash that followed, but suffice to say that some people screwed up and a lot of people got upset which has lead to myriad discussions concerning the practice of heckling and etiquette within the American cross scene.

My own thoughts on heckling can be read here, and can be summed up by the handy phrase "don't be a dick, don't bum anyone out, don't let your fun interfere with someone else's fun."

What personally and professionally wounded me in the post-Vegas hubub was that some folks out there appropriated our rallying cry of "Keep Cross Weird" to justify behaviour that can only be considered rude and disgustingly insensitive.

At All-City we firmly believe in Keeping Cross Weird and in doing our part to propel it ever weirder. With that in mind we figured it might be a great time to let you know what the phrase means to us.

But before we dive in let's just get this out of the way... We are certainly not the first folks to strive to keep it weird, we're only a six year old company and I myself have only been throwing Bandit Cross races since 2010. The dfL'ers in the Bay Area have been encouraging fun, cross dressing, and providing free racing for twenty some odd years. That story plays out all over this country as folks have been striving to keep cross fun, different, and community focused since it's arrival on these shores.

Cross is awesome because it's muddy and sloppy and hard and all your friends are there and they are yelling for and at you.

People are encouraged to be different, to wear crazy costumes and to take the racing seriously but not too seriously. (not seriously enough that the self ever overrides the good of the whole) A party atmosphere is appreciated and not looked down upon, folks will give you a sip of their beer or a piece of bacon, or whatever. Racers help each other out with tools, tips, and encouragement on the course. Everyone is dying out there and we are all in it together.

It is one of the universal forces for good in the cycling world and when done correctly really demonstrates the power of a positive community. It's not stuffy, it's a little dangerous, and it hurts like hell.  It is both the worst thing you can do on a bike and the best. It inherently attracts goof balls and personalities and brings folks together in a way that other disciplines do not. A truly community-first-we're-all-in-this-together mentality at the absurdity that we're all about to lay down on our bodies and spirits. It's unique and special.

We want to keep it that way, to ensure that it is always different than other kinds of racing and that it remains a refuge for the strange, the different, and the just plain weird.

Shine on your crazy diamonds. 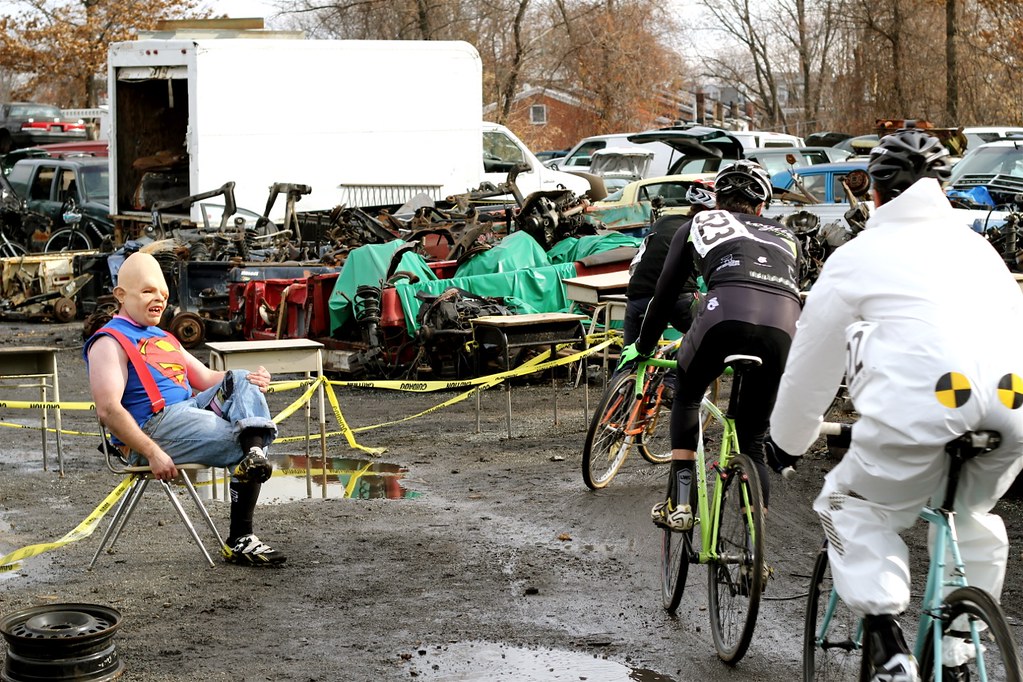